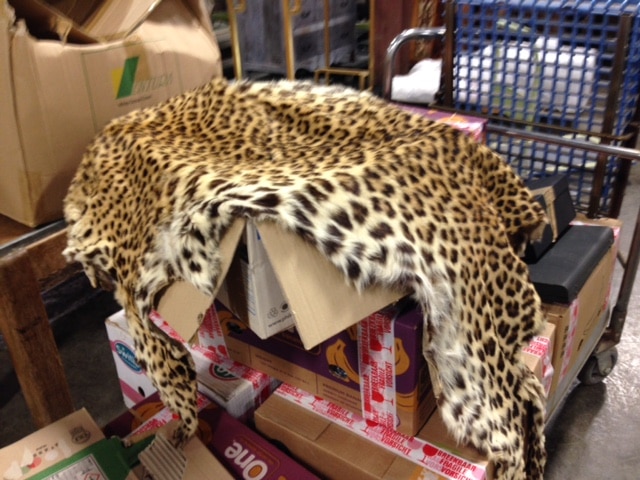 Africa and China can work together to combat wildlife trade. Image: USFWS

The recent Dakar meeting of the Eighth Ministerial Conference of the Forum on China-Africa Cooperation (FOCAC) 2021 marked a significant step in collaborative efforts to combat illegal wildlife trade and develop nature-based solutions to support an African green economy and tackle climate change.

The Forum on China–Africa Cooperation (FOCAC) is the highest platform for Sino-Africa dialogue on trade and investment. Established in 2000, it includes African countries that have diplomatic relations with Beijing. It meets every three years and agrees on action plans and related work programmes for the next three years.

This year’s Ministerial Conference identified nine work programme areas that include the commitment to fight against illegal and unsustainable wildlife trade while supporting enhanced investment and trade guided by social and environmental sustainability principles.

“As the engagement between China and Africa matured through FOCAC, the collaboration has progressively embraced the need for the effective management of biodiversity in which mutually complementary actions have been taken to address the challenge of illegal wildlife trade.” – Taye Teferi, TRAFFIC’s Policy and Partnership Coordinator for Africa.

“The decision by the Chinese government to close the local ivory market is one such action that has benefitted elephant conservation in African elephant range state countries. We hope a similar action would be taken to address the massive challenge that the pangolin is currently facing,”

One of four primary outcome documents, the FOCAC Dakar Action Plan (2022-2024),  describes how the two regions would promote trade and sustainable development guided by social and environmental sustainability principles.

The two sides agreed to raise public awareness and jointly combat the illegal wildlife trade. Further, both sides pledged to strengthen the capacity of wildlife conservation professionals, strengthen exchanges and cooperation between customs authorities as well as establish an anti-smuggling cooperation mechanism to crack down on the crimes of smuggling endangered wildlife and their products.

“Through the signing of a Memorandum of Understanding between The African Union Commission (AUC) and TRAFFIC, our organisation is already committed to providing the AUC and its Member States with the latest evidence-based technical guidance to implement sustainable natural resource management strategies that support national economies and local community development delivering on the 2030 Agenda for Sustainable Development. We appreciate the commitments made by China to support green projects in Africa and hope this will afford greater opportunities for community engagement,” said Teferi.

“Curbing illegality and corruption within the maritime industry has the potential to enhance food security for many of the coastal African countries,” said Teferi.

Throughout China and Africa, climate change is recognised as one of the most severe challenges today and a threat to nature and social and economic development. In Dakar, China and Africa released the Declaration on China-Africa Cooperation on Combating Climate Change. They called on developed countries to fulfil their pledges made under multilateral frameworks to provide funding,  relevant technology, and capacity-building support to African countries to enhance their capability and resilience to respond to the adverse impacts of climate change.

“TRAFFIC and our collaborating partners will continue to work in support of the effective and efficient implementation of the FOCAC Dakar Action Plan with a clear focus on social and environmental sustainability to advance an inclusive and sustainable green recovery consistent with the Green Recovery Action Plan of the African Union Commission,” concluded Teferi.