For less than half a percent of global GDP, we get to protect 50 percent of the planet—a pretty good deal.

By Peter BorchertAugust 27, 2020Editorial
No Comments 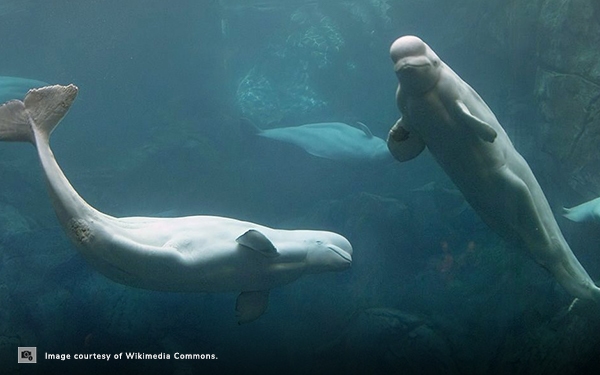 I get hot under the collar when people intimate that there are “enough” hippos, or giraffes, or lions in Africa. Or that wildlands have to give way to human development because these places and the creatures that live in them don’t “pay” enough to “stay.” But my blood literally boils when people say there are “too many” elephants and that some populations should be culled, or that it’s fine to hunt them as trophies. Really?

Can such notions, in any way, make sense when we know that Africa was home to about a million elephants in 1970, and now we would struggle to find 400,000? Furthermore, when, as recently as 2011, we were losing some 36,000 of these magnificent creatures every year to ivory poachers?

How, in all honesty, can we claim that it is okay to exploit any wildlife species under the guise of sustainable use when we know that from 1970 to 2014, the populations of wildlife species decreased by 60 percent?

I know that the needs of people have to be met. And, yes, the livelihoods of millions are made, to some degree, from trading and hunting wildlife. And I know that human-wildlife conflict is a serious issue in many parts where human communities live alongside large, dangerous animals. These are real problems. But we need to apply our creativity in finding solutions that benefit people and wildlife, and not one at the expense of the other. WWF’s Common Ground Report shows that it can be done.

In 2016 the international conservation community developed a globally-recognized standard to identify the world’s Key Biodiversity Areas (KBAs). Undoubtedly, this is a solid and significant achievement, and timeous, too, as the UN’s Convention on Biological Diversity is currently deliberating a new plan for nature—the Global Biodiversity Framework 2020–2030. To add a local note, equally solid is the fact that South Africa is the first of the 17 megadiverse countries in the world to have completed a comprehensive national assessment of its KBAs. In fact, it is the only country to have done so. Period.

We’re certainly not short of ways of assessing our planet’s biodiversity. For example, the KBAs complement other nationally identified networks such as Critical Biodiversity Areas and Freshwater Ecosystem Priority Areas. Then we have WWF’s 35 Priority Places, while Conservation International mirrors this effort with their 36 Hotspots—places on Earth that are both biologically rich and deeply threatened. African specialist NGO, AWF, has its network of “Critical Landscapes” across the continent, and the Peace Parks Foundation is actively involved with the establishment and development of ten important Transfrontier Conservation Areas. Moreover, BirdLife International has identified and documented more than 13,000 terrestrial and marine Important Bird and Biodiversity Areas (IBAs) worldwide, and there are 2,341 Ramsar sites designated as wetlands of international importance. There are also 213 natural areas identified as Unesco World Heritage Sites, and, wait for it, well over 200,000 regions listed as protected by the World Conservation Monitoring Centre.

I could go on listing the catalogs of important natural treasures until the cows come home, but I’m sure my point is made. We are very good at identifying places that we should look after if we value the natural world. But are we any good at getting the job done? Overall, I would say no, but that would be a bit unkind towards many organizations and individuals who work tirelessly towards achieving at least a slowing down of the destruction. So, let’s dig around a bit.

Currently, about 15 percent of the Earth’s land surface is covered by some form of protection, and some seven percent of the oceans. How much money is spent on doing this? An accurate account of global conservation spending is hard to come by. But let’s have a stab at it. In the first decade of the 2000s, global expenditure on nature conservation was some US$21.5 billion a year, most of it coming from wealthy governments, the World Bank, and big international NGOs. That isn’t nearly enough, however. A 2011 study concluded that it would take US$77–81 billion a year to achieve and maintain the 2020 target of 17 percent terrestrial and 10 percent marine areas protected globally.

So, we’re more than three times shy of the revenue needed, and now our sights are being set much higher. A joint statement signed by 13 of the world’s largest and most influential NGOs declared that by 2030 “at least 30 percent of terrestrial and inland water areas and 30 percent of oceans must be conserved.” This would mean an almost doubling of land, and a quadrupling of ocean protected areas. A tall order in no more than a decade. It is even being suggested that 50 percent of the planet should be under protection if we are going to save the planet’s biodiversity!

By my reckoning and following the 2011 benchmark mentioned earlier, we would need nearly US$300 billion every year to fund and maintain such a conservation base. It seems an impossible ask considering where we are currently. But hang on a minute. Given that global GDP is some US$86 trillion, the cost of conservation would amount to no more than 0.35 percent of that sum. And when you consider that The World Economic Forum calculates that about half the world’s economy is dependent on nature, it seems like a pretty good deal to me. After all, it would only be 1.6 percent of what we spend annually on warmongering.

If this were to happen by 2050, I most certainly would not be around to raise a toast, but what a legacy to leave our children and grandchildren. It would also mean that there would be no need to discuss how many animals are “enough.” Certainly, cries for hunting and culling would be stilled. And that would please me very much.