A former Kenya Wildlife Services employee turned poacher has been jailed for 12 years for killing a buffalo, rhino and harvesting the species’ horns.

Hussein Warsame was convicted by Nanyuki Principal Magistrate Njeri Thuku. He was found guilty of killing a rhino and took away its horns, and also killing a buffalo, at Ol Pejeta Conservancy in Laikipia County.

Warsame denied killing a rhino and stole its two horns worth Sh5 million on the nights of June 29 and June 30 in 2011.

The magistrate said, “The court is alive to the fact that poaching is a serious crime that is taking a global trend and threatening Kenya’s wildlife that is a big tourist attraction.” 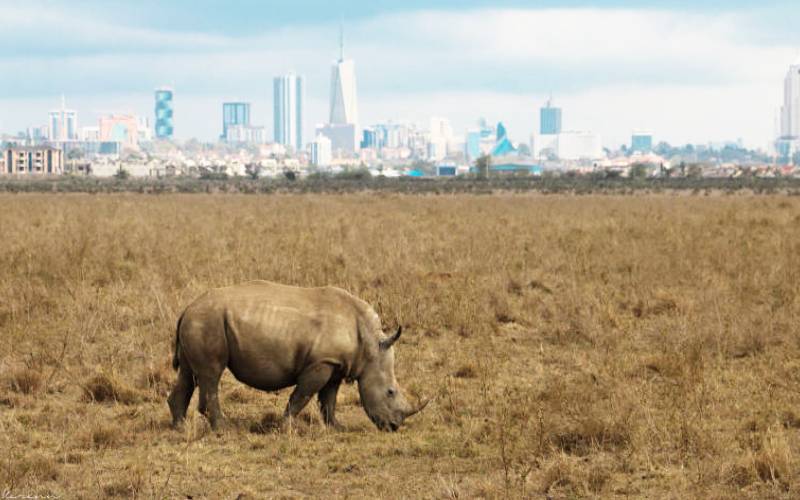 Original photo as published by Standard Digital: Hussein Warsame had denied killing a rhino and stole its two horns worth Sh5 million on the nights of June 29 and June 30 in 2011.

Warsame denied other separate charges of hunting and killing game animals within the conservancy.

He was dismissed from KWS in July of 2009 after he deserted his work station at Tsavo East National Park where he had been stationed.

In the two-year trial, the prosecution lined up 10 witnesses who testified and linked the accused to the crime.

Ibrahim Mugambi, an employee of Ol pejeta, testified that while on regular patrol with a colleague. He heard gunshots at 3am but could not trace the exact location until 5am when they found a dead buffalo and rhino. Both animals had gunshot wounds and the rhino’s horns were missing.

Warsame remained silent throughout the sentencing and when asked to defend and mitigate, he shook his head saying he had nothing to say.