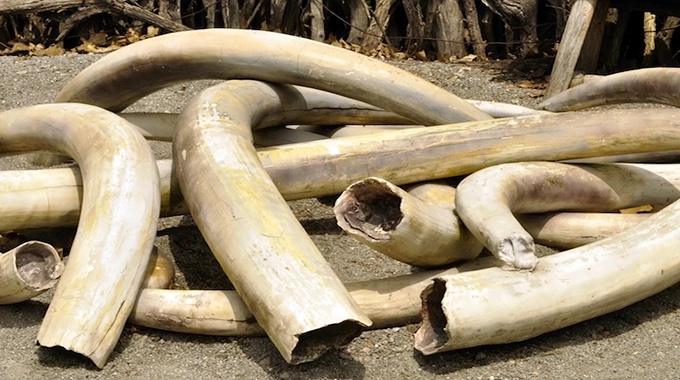 Picture for representation. Image: As originally published by The Chronicle

Four suspected poachers have been arrested after being found in possession of elephant tusks worth nearly US$3 000.

Police said the four were caught on Sunday with ivory and investigations are on course.

“The arrest led to the recovery of for pieces of elephant tusks weighing 12,5 kgs and valued at US$2635. Investigations are underway,” said the police.

Since 2013, poachers have reportedly killed over 300 elephants through cyanide poisoning leading to the arrest and conviction of many people, mainly villagers around the country.

Zimbabwe has one of the biggest elephant populations in the world with Hwange National Park exceeding its carrying capacity.

The International Fund for Animal Welfare and Wildlife Fund reported that 30,000 elephants are slaughtered by illegal poachers annually owing to a rise in illegal ivory trade.

Zimbabwe Parks and Wildlife Management Authority has the country sitting on 70 tonnes of ivory worth about $17 million, making the illegal trade a lucrative one for poachers.

Meanwhile, three armed robbers, who have been terrorising people in Murewa, have been arrested.

“The ZRP has intensified operations to account for armed robbery syndicates in the country. Police in Murewa arrested Tatenda George Kapikinyu (24), Fungai Kaseke (40) and Jethro Mafukidze (27) for robbery cases which occurred in and around Murewa,” police posted.