While India’s efforts and struggles to conserve tiger population has been known, here is one of India’s most successful conservation stories: the population of one-horned rhinos has grown manifold over the years.

Greater one-horned, or Indian, rhinoceros once roamed from Pakistan to the Indo-Burmese border, and in parts of Nepal, Bangladesh and Bhutan. But by the beginning of the 20th century, hunting and habitat loss had reduced the species to fewer than 200 individuals in northern India and Nepal. Thanks to strict protection implemented by Indian and Nepalese authorities, the population has rebounded to more than 3,600 today. 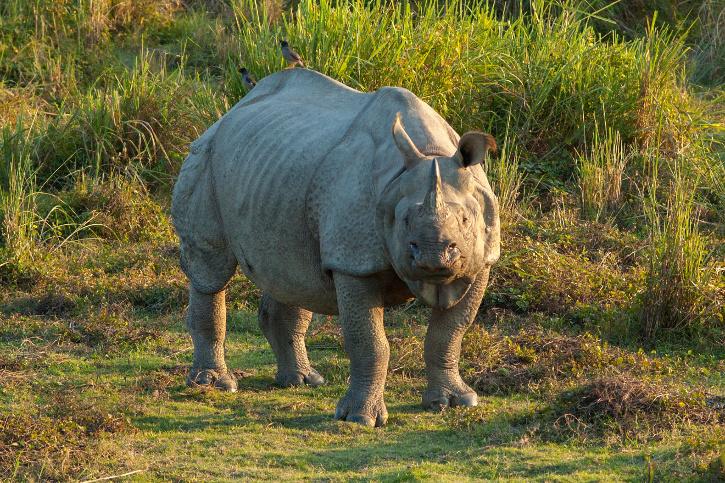 In 2012, more than 91 per cent of Indian rhinos lived in Assam, according to WWF-India data. Within Assam, rhinos are concentrated within

Kaziranga national park, with a few in Pobitara wildlife sanctuary. Kaziranga is home to more than 91 per cent of Assam’s rhinos – and more than 80 per cent of India’s count — with a 2015 population census by Kaziranga park authorities revealing 2,401 rhinos within the park.

The increase in population has also been because of the receding poaching. Although rhino poaching peaked in India in 2013, when 41 of the herbivores were killed, it has declined since, largely because of better policing and protection by the Assam government and non-governmental organisations (NGOs), according to Tito Joseph, programme manager of the anti-poaching programme at the Wildlife Protection Society of India, an NGO.

With rhinos are mainly concentrated in Kaziranga, there is certain risk to it as well – the park may have reached its carrying capacity and might not be able to support any more rhinos; and the entire species’ population could be decimated by a disease outbreak, natural disaster, or other acute threat.

In order to address the threat, rhinos from overcrowded areas, like Kaziranga National Park and Pabitora Wildlife Sanctuary, are being moved to other protected areas where they can breed. Along with continuing strict protection and community engagement, spreading Indian rhinos out among more protected areas will create a larger, safer, and more stable population.

So, rhinos need to move to ecologically similar but distant areas to ensure species survival, according to the Indian Rhino Vision 2020 programme (IRV2020), a collaborative effort between various organisations, including the International Rhino Foundation, Assam’s forest department, Bodoland Territorial Council, WWF-India, and the US Fish and Wildlife Service.

As many as 18 rhinos were translocated to Manas national park between 2008 and 2012 under IRV2020. The efforts to relocate rhinos has continue since. The growing population of rhinos is an indication of growing efforts to ensure the survival of the greater one-horned rhino.