By NewsroomApril 14, 2020Anti-poaching
No Comments

The Gauhati High Court on Thursday dismissed the bail application of one Partha Pratim Das who is accused for Rhino poaching in Assam.

A case was registered under Sections 9, 39, 51, 52 read with Section 2, Wildlife Protection Act,1972  read with Wildlife (Protection) Assam Amendment Act, 2009. Section 9 provides that no person shall hunt any wild animal specified in Schedules, Section 39 states that Wild animals are Government Property, Section 51 gives the penalties and also states that when any person is convicted of an offence against this Act, the court trying the offence may order that any captive animal, wild animal, animal article, trophy, in respect of which the offence has been committed, and any trap, tool, vehicle, vessel or weapon, used in the commission of the said offence be forfeited to the State Government and that any licence or permit, held by such person under the provisions of this Act, be cancelled. Section 52 talks about attempt or abetment in Contravention of Wildlife Protection Act read with Section 2 which gives definitions under the act like that of animal article, captive animal, hunting capturing, injuring any part of body of animal etc. 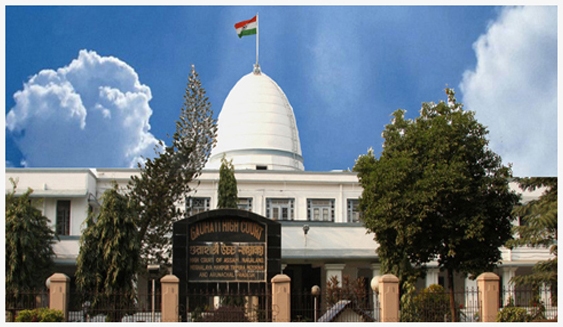 Mr. P. Kataki, Adcocate appearing for the accused vehemently argued that no recovery has been made from the applicant. The applicant has been implicated on the basis of statement of the co-accused, which cannot be admitted in evidence as per the provisions of evidence law.

Mr. B. K.  Mahajan, counsel for the state government opposed the bail application on the ground that the applicant is a habitual offender and has a criminal history. It has further been pleaded that in this phase of lockdown, in case the applicant is released, there is every likelihood of the applicant indulging in Rhino poaching again.

The case was heard by single judge bench of Chief Justice Ajai Lamba who observed that there is no ground to release the applicant on bail and he also took into account the fact that the applicant had been in custody only since 10th of February thereby dismissing the bail application.