Genetic data from 1.77 million-year-old rhino tooth could solve some of the biggest mysteries in evolution

By NewsroomNovember 26, 2019Science and technology
No Comments

Scientists from the University of York were involved in a project to extract original proteins providing genetic data from a 1.77 million-year-old rhino tooth.

It marks a breakthrough in the field of ancient biomolecular studies by allowing scientists to accurately reconstruct evolution in mammals from further back in time than ever before – offering the potential to solve some of the biggest mysteries of animal and human development.

Researchers identified an almost complete set of proteins in the dental enamel of the rhino, the largest genetic data-set older than one million years to ever be recorded. 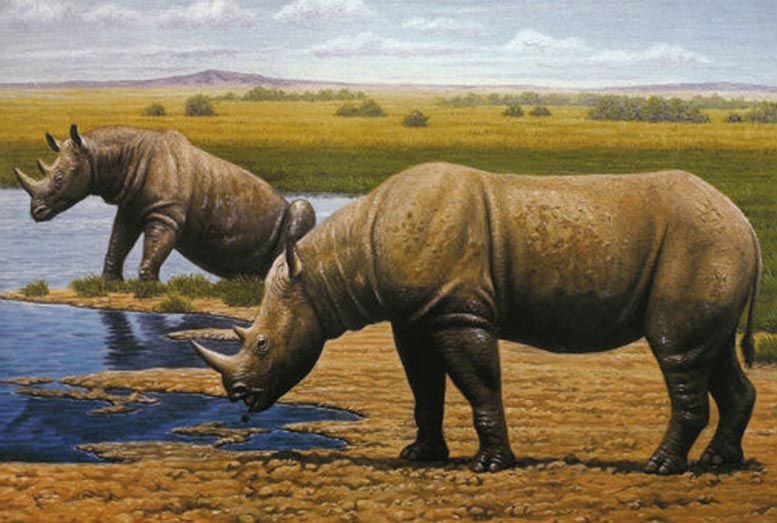 Researchers at the University of York played a vital role ensuring that the proteins recovered were authentic and not contaminated. Dr. Marc Dickinson and Dr. Kirsty Penkman, both from the Department of Chemistry, have been developing a method for isolating protein trapped within fossil tooth enamel, and they applied this to the rhino tooth as well as other fossils from the site.

Dr. Dickinson said: “It was exciting to see such clear evidence from our data that the proteins within the tooth enamel were original, which enables the genetic data derived from them to be used with confidence.”

Professor Enrico Cappellini, a specialist in Palaeoproteomics at the Globe Institute, University of Copenhagen, and first author on the paper, said: “This new analysis of ancient proteins from dental enamel will start an exciting new chapter in the study of molecular evolution.

“Dental enamel is extremely abundant and it is incredibly durable, which is why a high proportion of fossil records are teeth.”

The fossil of the rhino tooth was found in Georgia at a site called Dmanisi, an important archaeological site with the oldest human fossils outside of Africa.

This rearranging of the evolutionary lineage of a single species may seem like a small adjustment, but identifying changes in numerous extinct mammals and humans could lead to massive shifts in our understanding of the way nature has evolved.

The team of scientists is already implementing the findings in their current research. The discovery could enable scientists across the globe to collect the genetic data of ancient fossils and to build a bigger, more accurate picture of the evolution of hundreds of species, including our own.