Rhinos are one of our most extinct species in the world. Good Morning Angels are dedicating the morning to the lives of those with no voices.

BACKGROUND: “A rhino is slaughtered every 9 hours and 20 000 elephants still fall to poachers’ guns every year”: according to Kingsley Holgate, humanitarian explorer dubbed ‘the most travelled man in Africa’. Most of these rhinos are killed in South Africa. Holgate and celebrity explorer, Sibusiso Vilane will join the 2019 World Youth Wildlife Summit taking place this South African heritage week near the Kruger National Park. 200 national and international youth delegates representing 16 countries will attend. Vilane, a game ranger who became famous as the first African to summit Mt Everest says about the youth attending the summit: “I believe that they do not want to inherit an environment that is so polluted and has no wildlife. They are the future custodians of this heritage and therefore they must take the lead.”

South Africans can support the conservation of our wildlife heritage, by supporting this bi-annual summit, that coincides with the 10th World Rhino Day on Sunday 22 September.

“This is going to be an authentic African-led Summit for youth leaders, which will delve deeply into the causes of wildlife poaching and the illegal international wildlife trade…” : says Summit Director, Francois du Toit from Project Rhino. He believes that developing the full potential of the wildlife economy, would not only save species from extinction but also economically empower communities living closest to wildlife sanctuaries, like the Kruger. “In Africa, 3.6 million people are employed in the wildlife economy, which creates 40% more full-time jobs than the same investment in agriculture. It has twice the job creation power of the automotive, telecommunications and financial industries and provides more job opportunities for women compared to other sectors”, says Du Toit. 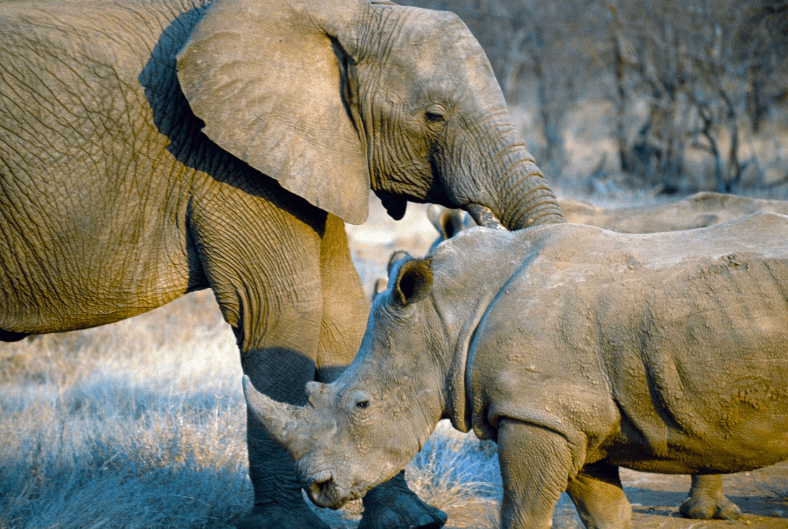 The cost of bringing a youth delegate to the summit is R10,000,00 and this bill is footed by donors.

SPONSORING: DHL Express South Africa is turning 50 on 25 September 2019. To mark the occasion they will donate R50000,00 to fund the participation of five delegates to the 2019 World Youth Wildlife Summit and in this way, invest in our youth and wildlife heritage

200 youth delegates, teachers and community leaders from 16 countries will descend on the Southern African Wildlife College, for an intensive four-day programme led by 30 of Southern Africa’s most experienced conservationists who are giving freely of their time to share their knowledge and skills.

International delegates include students from the African Leadership University in Rwanda, community youth from the Serengeti region of Tanzania, San delegates from Namibia, representatives from eSwatini and Mozambique, a pupil from Eton College in England, as well as Taiwanese, Bangladeshi, Greek, Norwegian and Vietnamese delegates. Students from the Tshwane University of Technology and youth from rural communities bordering Kruger National Park and game reserves in KwaZulu-Natal and the Eastern Cape will also attend.

Sibusiso Vilane started out as a game ranger before becoming one of South Africa’s most celebrated adventurers, best known for being the first African to summit Mt Everest and reach both the South and North Poles. Yet conservation and working with young people remain close to his heart. “I feel very strongly that young people should be engaged and involved in conservation and understand the poaching crisis and global wildlife crime issue, because it is their heritage that is being lost,” he explained. “I believe that they do not want to inherit an environment that is so polluted and has no wildlife. They are the future custodians of this heritage and therefore they must take the lead.”

Humanitarian explorer and Land Rover Ambassador Kingsley Holgate, widely known as ‘the most travelled man in Africa’, says that on all his expeditions, conservation and working with the youth are key elements. Currently, on a Zambezi-Congo expedition east-to-west across Africa, Holgate will return briefly to South Africa to attend the World Youth Wildlife Summit. Speaking by telephone, he said, “I’ve seen the decimation of Africa’s wildlife first-hand. It is unacceptable that a rhino is still slaughtered every 9 hours and 20 000 elephants still fall to poachers’ guns every year. So wherever possible on our journeys though Africa, we provide humanitarian support to field rangers and people living on the borders of wildlife parks, to help build good relations between conservation agencies and their community neighbours.

“Empowering young people about the escalating wildlife poaching crisis through our Rhino and Elephant Art conservation education programme is also very close to my heart,” he continued. “This year’s World Youth Wildlife Summit is absolutely and critically needed at this time, when, according to the International Union for Conservation of Nature, more than one million species on Earth are facing extinction.”

Other high-profile guests who will attend the Summit include David Young, Chargé d’Affaires for the US Embassy in South Africa and senior executives of SANParks. John Scanlon, former Secretary-General of CITES and now Special Envoy for the African Parks group will join the Summit by video-link, as will Bonne de Bod and Susan Scott, producers of the internationally acclaimed South African wildlife documentary, STROOP – journey into the rhino war, which will be broadcast on DSTV on World Rhino Day, Sunday 22 September.

“This is going to be an authentic African-led Summit for youth leaders, which will delve deeply into the causes of wildlife poaching and the illegal international wildlife trade that costs the world over US$20 billion each year,” said Summit Director, Francois du Toit from Project Rhino. “It will also discuss other critical issues that are contributing to the decimation of our iconic ‘Big 5’ species like the rhino, elephant and lion; for example, human-wildlife conflict, habitat loss and the need for communities to benefit from the wildlife economy.

“It is high time that Africa’s – and the world’s – wildlife is recognized as more valuable alive than dead,” he continued. “According to the latest study by the World Travel & Tourism Council, global wildlife tourism generates five times more revenue than the illegal wildlife trade. In Africa, 3.6 million people are employed in the wildlife economy, which creates 40% more full-time jobs than the same investment in agriculture. It has twice the job creation power of the automotive, telecommunications and financial industries and provides more job opportunities for women compared to other sectors.

“Our overriding aim is to provide the youth delegates with the knowledge and tools they need to become influencers and wildlife ambassadors in their home countries and communities and take the lead in speaking out on behalf of endangered species and habitats that are in serious threat of extinction in their lifetime.”