By NewsroomJanuary 30, 2022Wildlife Crime
No Comments 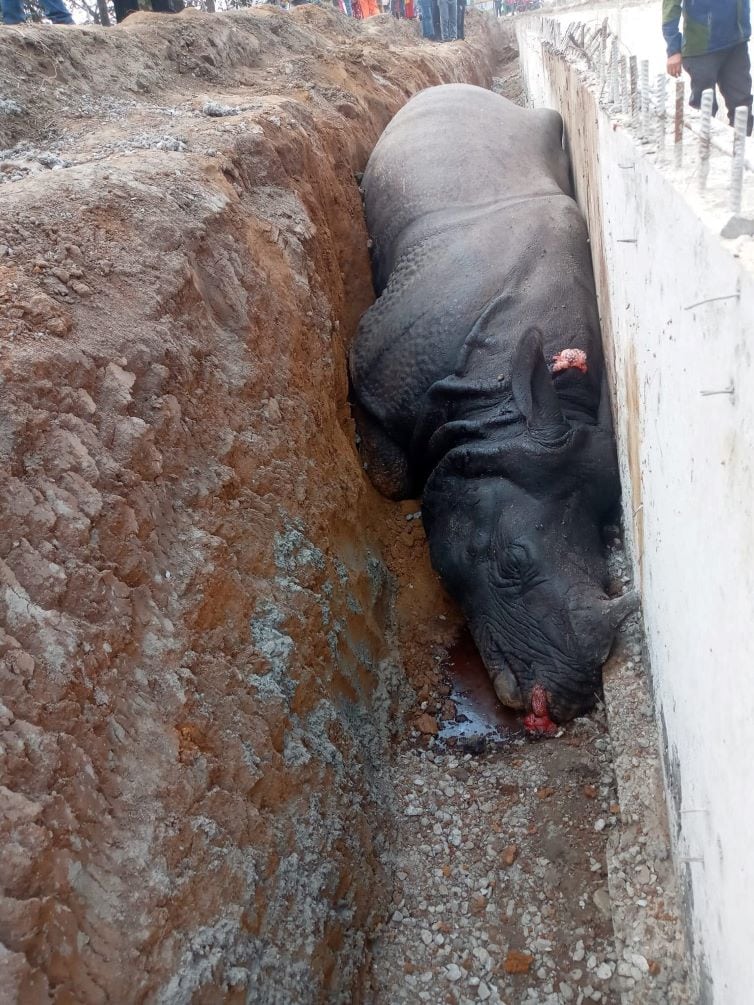 After falling into a ditch and dying from fatal injuries, a panel has been formed to investigate the death of a rhino. Image: As originally published by myRepublica

The Ministry of Forest and Environment (MoFE) has formed a task force to investigate the death of a rhinoceros that succumbed to injuries after falling into a ditch on Sunday.

According to the MoFE, a five-member team led by Rajendra KC, deputy director general of the Department of Forests and Soil Conservation, has been mandated to submit a report within 10 days. The government is forced to carry out further investigation under pressure from various forums related to conservationists and environmentalists.

Officials of the Chitwan National Park had found an 11 years old male rhino that had succumbed to its injuries after falling into a pit on the Hetauda-Chitwan road section of the East-West Highway. The negligence from the authorities related to the Road Office and the contractor concerned have been blamed for the death of the rhino.

In the current fiscal year, 21 one-horned rhinoceroses have already died in the Chitwan National Park. Of them, two were killed by poachers, while others died due to natural causes.