By NewsroomSeptember 24, 2019Anti-poaching
No Comments

GUWAHATI: When a team of forest and police officials got hold of a gang of poachers in Baghmari area of Biswanath district last Tuesday, they were surprised to find 12 rhino nails along with a rhino horn in their possession.

It was the first time, the officials said, they have stumbled upon the fact that rhinos are poached not only for their horn, but for their nails as well.

“Subsequent investigation and interrogation of the arrested poachers revealed that rhino nails are also in demand in the grey market for wildlife parts. The poachers said that nails are used as a substitute to make up for the scarcity of rhino horns. Rhino horns are used in traditional Chinese medicines. So, whenever the supply of horns becomes scarce, nails are used for the purpose,” a forest official involved in the investigation said. 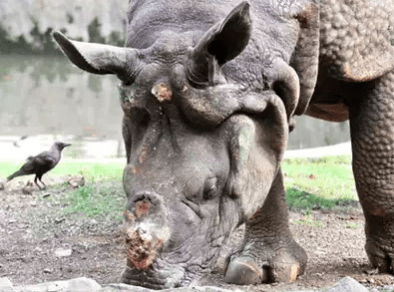 Original photo as published by Times of India: Each leg of a rhino has three nails.

Range officer of crime investigation range of Biswanath wildlife division, Pranjal Baruah, told TOI that five poachers who were running a racket of supplying wildlife parts in the district were arrested on September 17 from different areas of the district.

He added that the 12 nails and the horn that were seized from the poachers could be of the rhino killed at Lokhora Chapori under the Biswanath wildlife division on the first week of April this year. “We have sent the seized items for forensic test. Of the five poachers arrested, one Budhindra Kaman of Bortamuli village in the district was directly involved in the rhino poaching case in the first week of April. He also collected the nails and horn. Each leg of a rhino has three nails. The other poachers were involved in arranging buyers to sell off the nails,” Baruah said.

A team from the Gingia police station led by officer in charge Biswajit Medhi, along with forest officials from the eastern range of Biswanath wildlife division, were involved in busting the wildlife crime racket and arresting the poachers.

Sources said that the poachers were trying to sell off the nails first because unlike the horn, the body parts are something new among the local smugglers. “The poachers were looking for buyers interested in rhino nails. They had also started negotiating prices with buyers when we got the tip-off and nabbed them. The items would have been sent to Arunachal Pradesh from where it would have been smuggled out to Myanmar,” sources said. Sources said that three out of the five poachers arrested were actively involved in supplying wildlife parts.