Handling the human-elephant conflict with new techniques and technology

By NewsroomAugust 23, 2021Science and technology
No Comments 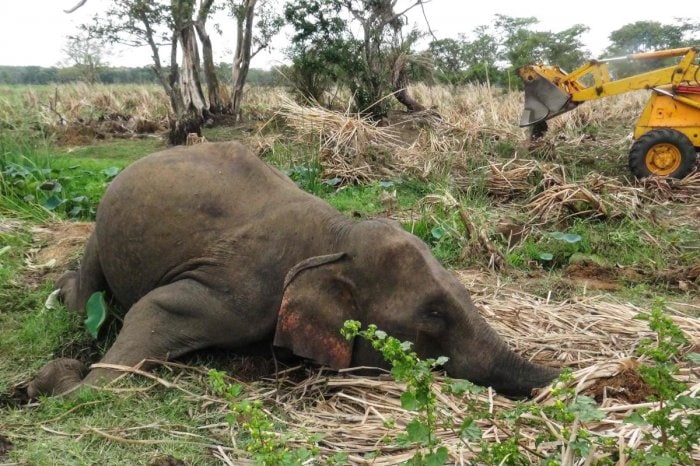 African and Asian elephants are facing grave threats with an increase in poaching, the human-elephant conflict (HEC), habitat losses and mistreatment in captivity. Sri Lankan elephants are no exception to the devastation wreaked on them by human beings; each day seems to bring yet another report of a brutal elephant death.

According the Department of Wildlife Conservation in the first six months of this year, 158 wild elephants were killed due to electrocution, explosive baits called hakka patas and gunshot wounds. The number of elephant deaths have increased significantly over the past few years, creating ecological, social and economic issues especially in the Hambantota District where the HEC is most severe.

The Ministry of Wildlife and Forest Conservation said that several initiatives have been undertaken to manage and protect elephants such as increasing fines for poaches, higher compensations for the victims of HEC, growing plants as food for elephants and initiating beekeeping in border villages under the concept of forest villages. According to the minister, C.B. Ratnayake, the plans have been delayed due to the COVID-19 pandemic. However, these plans were made in 2017 before the pandemic took hold.

The most recent cause for HEC is unsustainable land use for development planning. Most of the studies on HEC highlight the costs of property damage and the number of human deaths. In some areas such as the North Central Province, the human death rate and property damage is declining, a trend that could be attributed to the killing of elephants in large numbers. Considering the pattern of human deaths and elephant deaths over the years it is evident that both variables move in the same direction.

Irrespective of any planning to solve HEC, when they are being continuously being affected, people kill their invaders to protect themselves and their livelihoods in the absence of a sustainable solution. Attempting to confine elephants to protected areas and fencing them has been the most common solution to mitigate HEC. But there is little acknowledgement that human encroachments and land clearing for agriculture purposes has resulted in habitat loss for elephants. The electric fences are improperly maintained but annually Rs. 86 million is spent for upkeep. They should be maintained on daily basis with community involvement but stakeholder engagement is minimal in the existing environmental management model.

The management of HEC should not only be constrained to electric fencing since there are other practices such as cultivating alternative crops such as chilli that deter elephants rather than attracting them. Other techniques include management of the elephant population through deeper understanding of behaviour using radio telemetry and GPS tracking, which is very expensive but highly effective, and the low cost alternative that has been developed by the University of Moratuwa in cooperation with Sri Lanka Wildlife Conservation Society, which is a tool to gather information called eleID. These technologies should be disseminated widely across the country, especially in HEC prevalent areas, to accelerate the HEC management process. Awareness raising campaigns should include causes and consequences of the loss of elephants and wildlife. Any mitigation method of HEC should be inclusive of community awareness raising – the wildlife behaviour of both temporal and spatial distribution of wild elephant herds. Because unsustainable development planning, human settlement encroachments and agricultural land uses have changed the distribution patterns of elephants, the latest trends could be different to the traditional awareness of communities.

How and when the proposals to safeguard elephants will be implemented is unknown. No data is updated on how biodiversity has degraded due to the increase of elephant deaths and its impact on the human-elephant coexistence. There is limited published monitoring data to present the impact of large scale monoculture plantations by multinational companies and governments pursuing unsustainable development initiatives on the wellbeing of elephants where the consequences are visible through increased HEC events.

The death of an elephant is not just a number but it results in decreasing biodiversity that retards the role of a healthy ecosystem. The protection of elephants will not only benefit the current generation; it helps secure the future values of the ecosystems for future generations. To protect these symbolic, cultural, economic and ecologically important species, understanding the threat to elephants, timely implementation of management and conservation strategies, not relying on traditional management approaches and monitoring and evaluating already implemented management and conservation strategies are essential.