By NewsroomMay 25, 2021Education, Science and technology
No Comments 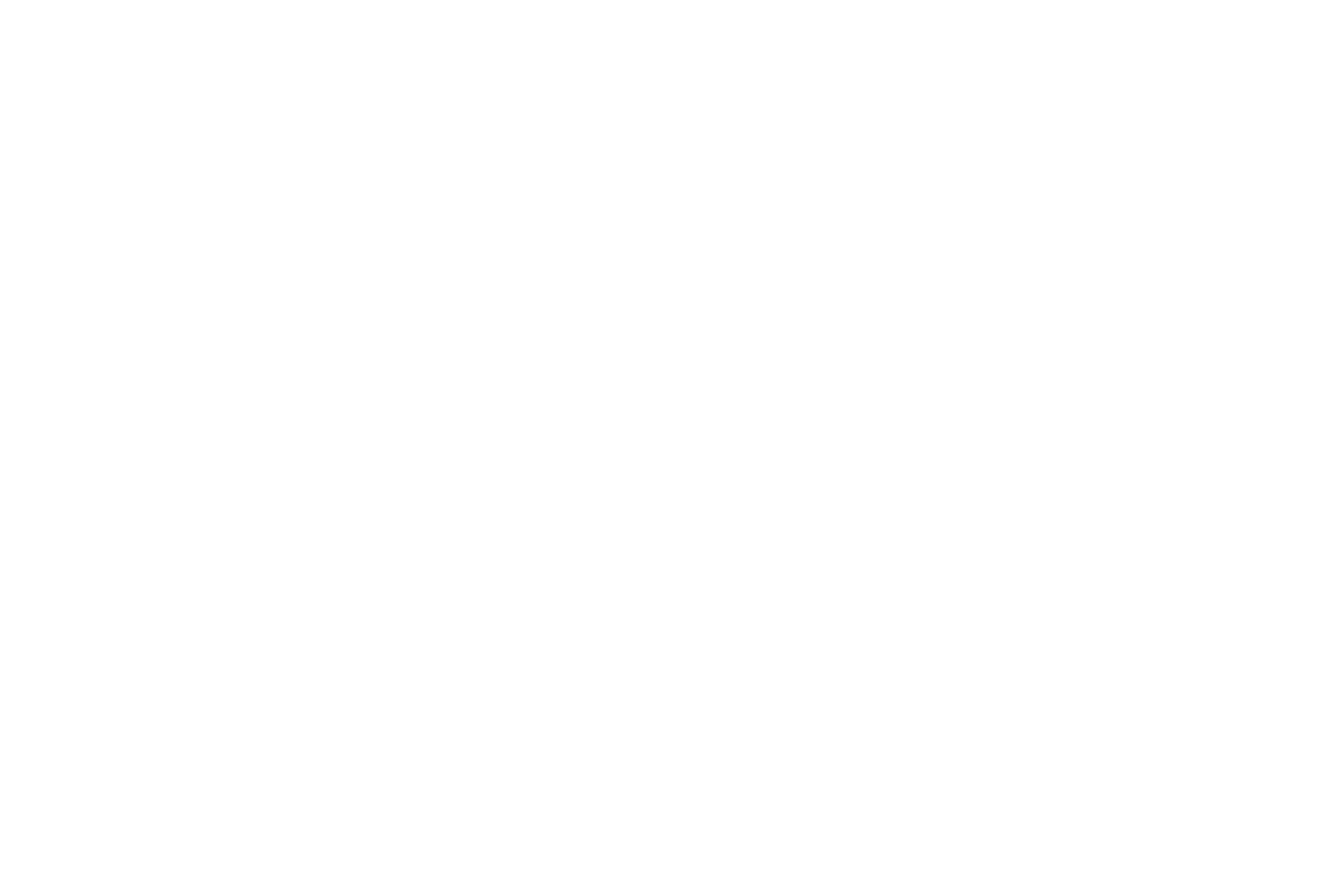 Pictures with animals on social media often bring joy, but the animals in the pictures are often held illegally and in appalling conditions for tourists. Image: As originally published by National Geographic.

If a youngster has a TikTok account and they love animals, they may find their feed filling up with a stream of irresistible critters doing irresistibly cute things—from puppies, rabbits, cats to slow lorises, monkeys, chimpanzees, and tigers.

After all, who doesn’t love a cute video of a domestic cat pouncing on its owner’s head? But animal-loving young people can also inadvertently get served a regular stream of problematic wildlife content without even realising it.

Hands-on exotic wildlife videos on platforms like TikTok and YouTube are hugely popular and may seem innocuous. But they’re part of a spectrum of online content depicting animal exploitation both explicit—platforms have become hot spots for for the illegal wildlife trade—and implicit, in the form of photos and videos that normalise keeping exotic wild animals as pets and props.

TikTok has recently taken a stance on explicit exploitation. In March, the platform followed Facebook, Instagram, and others in joining the Coalition to End Wildlife Trafficking Online. The coalition’s stated goal is to reduce the illegal trade of wild animals and their parts on the internet by implementing policies to better detect wildlife sales online. Since the coalition’s 2018 launch, platforms have removed at least four million trafficking posts. Still, it’s impossible to quantify how or if that has made a dent in the online trade. Sellers will routinely open new accounts and are adept at finding new ways to evade detection, National Geographic reported in December 2020.

Yet TikTok, Instagram, YouTube, and other platforms still permit other types of questionable exotic wildlife content—and that’s what kids are most likely to view. It’s people showing off the exotic pets they own, or hugging sloths, or riding elephants on holiday. It’s roadside zoo owners wrestling adult tigers. It is, in short, content that doesn’t appear to depict animal exploitation but perpetuates perceptions that can harm wildlife—or obscures welfare issues behind the scenes.

Siobhan Speiran, a Ph.D. candidate in environmental studies at Queen’s University in Ontario who has spent the last three years researching social media’s influence on people’s perceptions of wild animals, describes this as “covert exploitation.” But once kids understand how harmful that can be to animals, the more empowered they’ll become to protect them.

“The best way to connect with kids is to connect with the fact that they already care about animals,” says Meira Geyser, who’s received more than 400,000 likes on her TikTok videos advocating for animals. “They have that innate compassion.”

Here’s how parents can be aware of concerning content their children may inadvertently encounter, and how they can talk with kids about making online platforms safer for animals.

What kids might see—and how that contributes to wildlife exploitation

Seemingly harmless videos of people interacting with wild animals are deceptive because they appeal to those who love animals. And some of the most popular exotic animal content comes from roadside zoo or pseudo-sanctuary owners. (Roadside zoos and pseudo-sanctuaries are loose terms that describe unaccredited facilities with low, or at least problematic, standards of operation and care and often offer hands-on interactions with animals and breed extensively. In the U.S., where such facilities have become notorious, these zoos differ from zoos accredited by the Association of Zoos and Aquariums, which requires facilities to go above and beyond basic animal health and welfare requirements set by the government. And according to the Global Federation of Animal Sanctuaries, a true sanctuary does not breed or allow hands-on interactions with animals.)

For instance, Bhargivan “Doc” Antle and his son, Kody—featured in the hit Netflix docuseries Tiger King— routinely post videos of themselves walking, play-fighting, and bottle-feeding tigers, white lions, and chimpanzees at their roadside zoo, Myrtle Beach Safari. Doc Antle has 2.1 million followers on TikTok; Kody has a staggering 24 million. Both are verified by the platform.

Animals are also put at risk when roadside zoos offer up babies for petting—images of which will likely induce squeals in kids. But animal welfare concerns at these types of places have been well documented. (This guide provides tips on how to do wildlife tourism right on your next family holiday.)

For instance, many private facilities speed-breed their tigers, keeping adult female tigers almost constantly pregnant and taking their cubs as soon as they’re born. Once cubs reach 12 weeks old, they’re too dangerous to interact with visitors. They may become breeders themselves or go on exhibit—and there’s evidence that some are killed. Many roadside zoo owners fail to provide adequate food, enclosures, or veterinary care.

Kids might also engage with content creators who own exotic animals and call them pets—big cats, slow lorises, monkeys, exotic reptiles, and more. The U.S. is the world’s largest importer of wild animals—nearly 3.2 billion were imported into the country between 2000 and 2014. More than half were taken directly from the wild, and almost all were likely destined for the pet trade. Although much of the exotic pet trade is legal in the U.S., transport can be incredibly stressful, and many animals suffer in captive environments, unable to eat, sleep, or move as they would in their wild habitats.

So though children might be captivated by what appears to be a cute video or photo, they’re not seeing the cycle of suffering an animal might be going through. And a growing body of evidence suggests adorable videos of animals on social media fuels demand. In 2015, for example, a flurry of cute YouTube videos of slow lorises eating rice balls highlighted how social media engenders trade in the creatures, depleting their populations in the wild and putting individual animals at risk of mistreatment.

“It’s an erasure of their wildness, agency, and independence,” she says.

Talking to kids about wildlife exploitation on social media

Kids likely won’t understand that watching a cute video of someone hugging a full-grown lion is harmful to the animal, so don’t make them feel like they’ve done something wrong. Instead, help them think critically about what the animal might be going through.

Speiran says the concept of consent is taught to children from an early age these days, and it’s a great jumping-off point for thinking about wild animals’ autonomy. “Emphasise empathising with animals,” she says.

So for instance, if your kids see a video of a tiger and owner looking happy as they play in a pool together, Speiran suggests having them consider these questions:

“Where do you think the tiger came from? Where is this tiger’s family?” This could be an entry point to talk about issues with irresponsible captive breeding in roadside zoos, poaching, or animal trafficking.

“Do you think this could be dangerous?” This can get kids thinking about how big cats—even if they’ve been hand-raised—are still genetically wild and can turn on a human in an instant. It can also be an opportunity to discuss how hands-on encounters can spread zoonotic diseases between wild animals and people. (Read this story about “Tiger King Park” reopening for cub-petting at the height of the pandemic, after several documented U.S. cases of humans passing COVID-19 to big cats.)

“Imagine if you were adopted by a family of tigers. Would you have some good days, too?” This a great way to help kids understand that just because an animal might seem happy in a video, they’re seeing only a curated sliver of the animal’s life—a 15-second video that the owner has filmed and uploaded.

“Could your adopted family of tigers give you everything you need?” This helps kids put themselves in the animals’ shoes (or paws) and think about what the critter might be missing by not living in the wild—or in a suitable habitat with an accredited zoo or sanctuary, with companions of its own species.

Another idea, especially when talking about selfie content with wild animals, is to get kids to think of their own pets, Speiran says. “Would your cat or dog enjoy being passed around to strangers for eight hours a day?”

Once kids seem to have a good grasp on how to evaluate captive wildlife videos, help them filter out problematic content in their feeds and discourage them from engaging with similar content their friends might be viewing. Replace those accounts with things like NGOs; wildlife biologists; legitimate, hands-off sanctuaries and animal rescue organisations; and accredited zoos ( … and National Geographic!). Curating their feed to be more animal-friendly will help expose them to regular educational content and filter out what they don’t want.

That might help empower kids to take more active steps to educate others—and potentially push platforms to take a stand against it. Children may even be interested in creating videos of their own, educating their peers on issues facing wildlife.

“There’s a lot of power in the voice of young people,” says Giavanna Grein, senior program officer at TRAFFIC, a wildlife trade monitoring group that co-leads the Coalition to End Wildlife Trafficking Online. “Users continuing to stand up against this content and say they don’t want it on social media platforms—that they themselves won’t participate in these activities—can go a long way.”