By NewsroomAugust 17, 2020Translocation
No Comments 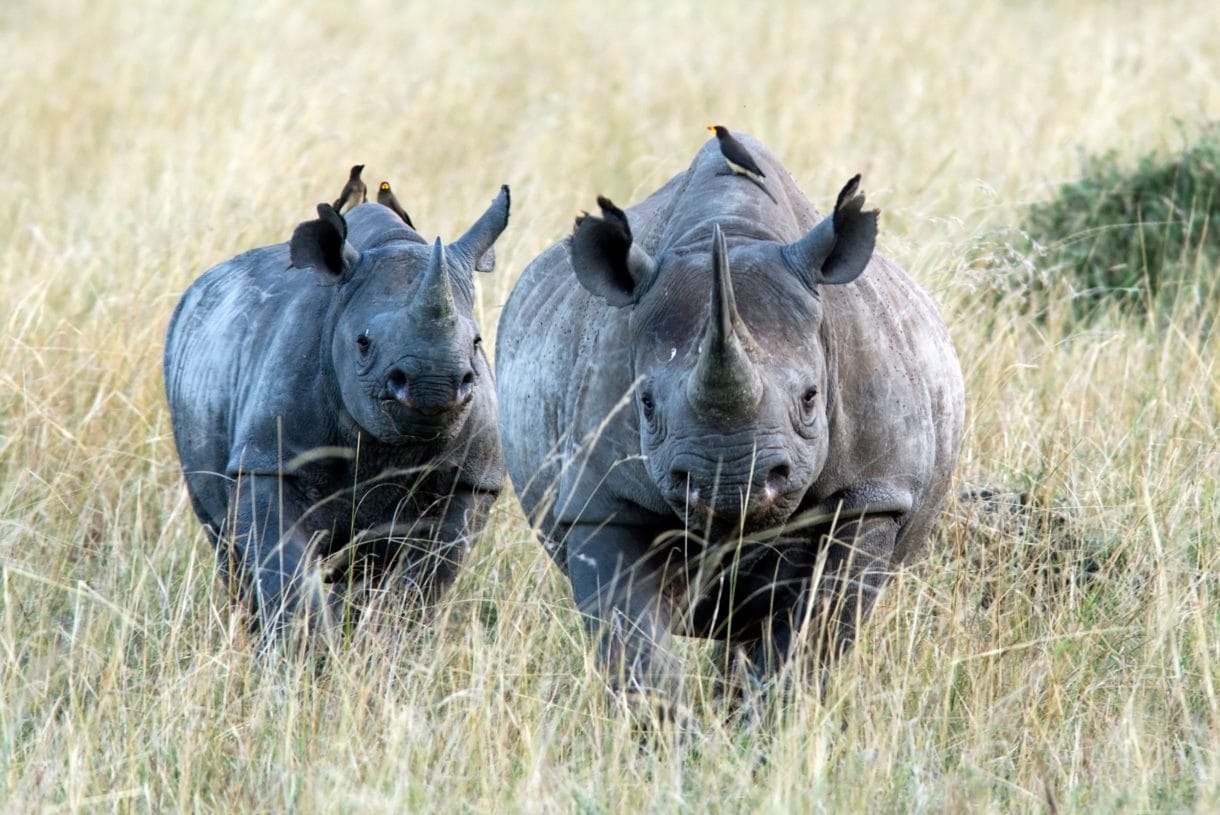 Black Rhino with young. Original photo as published by The Daily News.

The rhino population in Western Serengeti could well be flourishing following the birth of an eastern black calf.

The new born is an offspring of the nine critically endangered black rhinos that were relocated from South Africa to Tanzania, in September last year. According to information obtained from the Grumeti Fund (GF) Website the new calf was born recently and was spotted by ecologists manning the western part of the Serengeti ecosystem.

“It is with great excitement that we can announce the birth of the first eastern black rhino in the western Serengeti in decades! Lindiwe, one of the females brought from South Africa has given birth to her first baby. The calf is now two months old and thriving,” read part of the statement posted on GF’s web.

The calf is said to have remained elusive for two weeks after the initial sighting, raising fears of a possible attack from predators. “Our fears of the calf succumbing to predation are still there, however the ubiquitous wildebeest herds have become the focus of hungry carnivores and significantly reduced the predatory pressure and associated risks for the rhino pair,” the statement added.

According to GF, the calf’s birth represents the culmination of many years of hard work, dedication, healthy partnerships and the technical ability to relocate black rhino over long distances to new habitat “The monitoring and security of Lindiwe and her baby, as well as all of the other rhino, will be a full-time job, thanks to the presence of a dedicated rhino monitoring team, a combination of Grumeti Fund and the Tanzania Wildlife Management Authority (TAWA) personnel that track the animals daily,” the GF assured the public in its statement.

The IUCN writes that “between 1960 and 1995, large-scale poaching caused a dramatic 98 per cent collapse in numbers.” Since 1995 eastern black rhino numbers have been increasing in the Serengeti. The GF’s Black Rhino Reestablishment project is multiphased, aimed at introducing a new founder population of at least 20 rhinos to this area by the end of 2020.

Since September 2018, the GF has introduced 10 new rhinos to the Serengeti ecosystem (one female, Laikipia, has been on site since her translocation in 2007) and released nine as free- ranging in the western Serengeti. Moving a speech to dissolve the Parliament in Dodoma in June this year, President John Pombe Magufuli said the rhino population, which in the recent past, decimated from over 10,000 individuals to just about 100 rhinos, and rebounded from 162 in 2015 to 190 in 2019. He attributed the resurfacing of the otherwise endangered species to the government’s crackdown on organised criminal networks involved in industrial-scale poaching.