How aviation supports the fight against the illegal wildlife trade 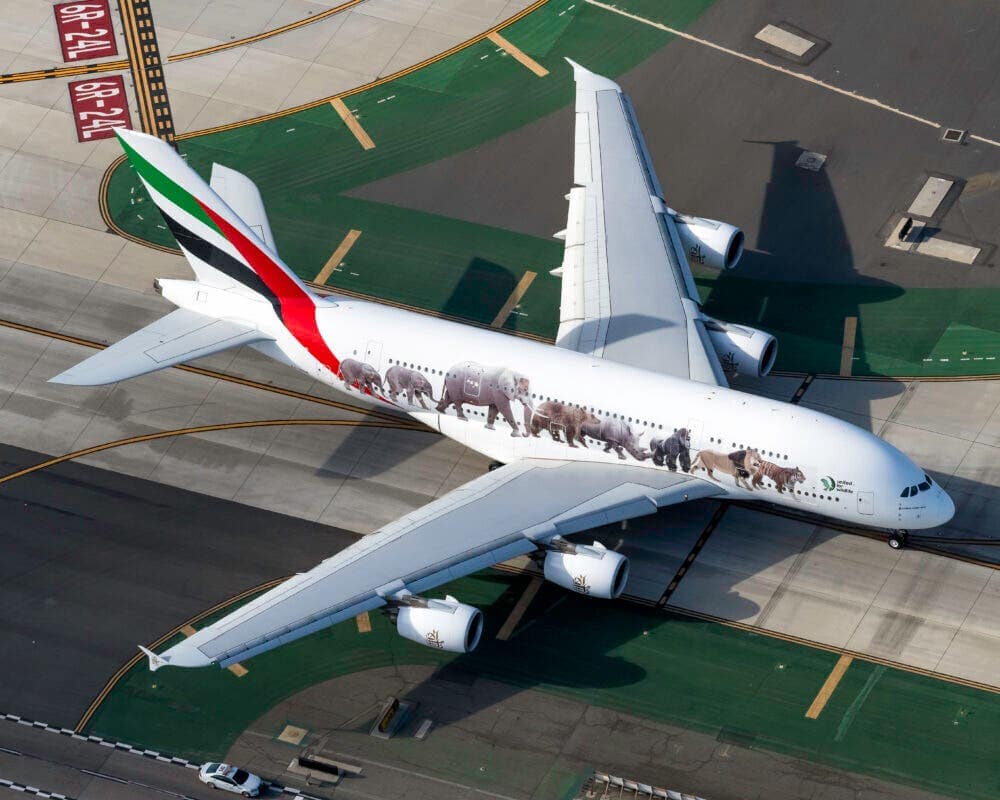 Emirates has had the most striking awareness-raising campaigns against the illegal wildlife trade. Image: As originally published by Simple Flying

Illegal wildlife trafficking is the fourth-largest global criminal activity. Its operations pose a severe threat not only to individual animals and endangered species, but also to their caretakers, to entire ecological systems, and to global health. Let’s take a look at some of the initiatives taken within the aviation industry to help combat this devastating trade.

Trafficking on a massive scale

A couple of weeks ago, we had the opportunity to report on how Air India transported a cargo of 63 turtles of rare and endangered species from a rescue and rehabilitation center in Pune to Assam via Delhi to be released into their natural habitat.

Unfortunately, most of the time, when rare animal species travel by air, it is in a much more covert fashion and to a far more sinister end. The illegal wildlife trade is the fourth-largest by revenue of global criminal network activities – surpassed only by drugs, arms, and the trafficking of people.

Aviation has provided a whole new dimension to planetary connectivity, no matter how fragile this past year has proven that network to be. While this brings with it enormous benefits, it also allows smugglers of illegal wildlife the opportunity to ship their ‘goods’ much faster than before.

Wildlife is targeted for trafficking for a number of reasons. Tiger cubs, apes and tortoises are shipped as illegal pets or collector items. Rhino horns and pangolin scales are thought to have medicinal properties. A large number of species are also trafficked for food consumption, with over 100 million sharks killed every year.

Needless, to say, the aviation industry has a big role to play when it comes to combatting this global epidemic that encompasses over 7,000 species and has lead to the slaughter of over 90% of African elephants over the past 100 years and the death of 1,000 rangers trying to protect them over the past ten. So how is it axling this particular mantle?

In 2016, the annual general meeting of the International Air Transport Association (IATA) unanimously endorsed a resolution that denounced the illegal trade in wildlife and wildlife products. Furthermore, it pledged to partner with government authorities and conservation organizations in the fight against trafficking of rare species.

Sixty-one airlines have also directly signed up for the Buckingham Palace ‘United for Wildlife’ Transport Taskforce. To kick off the collaboration, Emirates had two of its Airbus A380s painted with its special ‘United for Wildlife’ decals. The airline has also run stories and features about wilfdlife protection in its in-flight magazines and entertainment systems.

Furthermore, Emirates has partnered with international organizations to better train and equip ground and cargo staff to detect illegal wildlife products in transit, and has banned all hunting trophy shipments. Emirates’ dedication to promoting the protection of wildlife caught Simple Flying’s attention a couple of years back, leading to an exclusive interview on the topic.

ROUTES and ‘It doesn’t fly with us’

ROUTES and United for Wildlife recently launched their latest joint campaign ‘Step Up For Wildlife’ in June this year. The campaign’s slogan is ‘It doesn’t fly with us’, and it is directly aimed at helping aviation companies strengthen their efforts against illegal wildlife trade.

IATA as a whole is also a core member of the ROUTES partnership, as is Airports Council International (ACI). Other individual airline members Delta Air Lines, United Airlines, Kenya Airways, and Qatar Airways. However, the first North American airline to receive IATA’s added certification for its illegal wildlife module to its environmental assessment was Air Canada.

“We are proud to be the first airline in North America to achieve this industry standard by taking concrete steps in the fight against illegal wildlife trafficking, as part of a global effort to help conserve wildlife and biodiversity. Air Canada remains committed to (…) the prevention of wildlife trafficking and raising awareness on the issue and its consequences,” Calin Rovenescu, former President and CEO of Air Canada said in October last year.

While airlines certainly have a large role to play, airports can be of tremendous assitance when combating illegal wildlife smuggling activities. According to the 2020 report Runway to Extinction: Wildlife Trafficking in the Air Transport Sector, in 2019, more than one million illegal wildlife products and live animals were seized at airports throughout the world.

At London Heathrow, a screening pilot project is underway in collaboration between United for Wildlife, Border Force, Microsoft’s ‘AI for Good’ program and Wise Technical. This will leverage the use of artificial intelligence (AI) when screening hold luggage to better detect and identify illegal wildlife items. If succesful, the project will be exportable and applicable to other airports.

Rosanne Blijleven, Corporate Responsibility Advisor for the Royal Schiphol Group, revealed in a statement that it had been a challenge to get the topic the attention it deserved.

“In 2012, when I first raised the alarm about the subject, I could not receive enough support. I continued building my network with the relevant stakeholders – customs, police, Interpol, etc. – and tried to initiate awareness-raising activities. A turnaround came when ACI started the taskforce on wildlife trafficking. I received support from my management and RSG stepped forward to take the issue on board.”

One major motivating force behind the newfound drive for aviation stakeholders to tackle the illegal wildlife trade can be found in the pandemic. While the origins of the particular COVID-19 coronavirus are yet to be scientifically determined, it is a fact that zoonotic diseases do exist, jumping from animals to humans.

Hundreds of tonnes of illegal bushmeat from species such as bats, rats and chimpanzees are transported into Europe alone each year. Seizures of such products have found to be contaminated by harmful viruses and bacteria. Any outbreak anywhere on the globe has the potential to cause severe disruptions to an aviation industry which in parts of the world is only just beginning to see a sliver of recovery.