How dogs are fighting rhino poaching

By NewsroomNovember 30, 2021Anti-poaching
No Comments 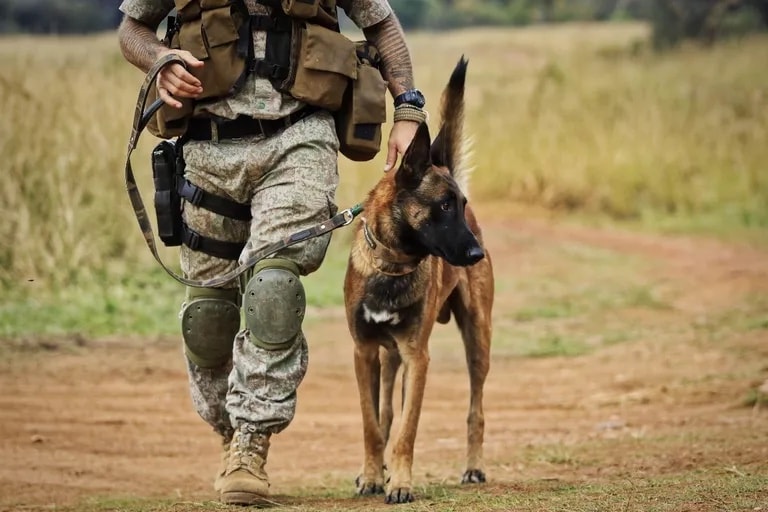 In the war on poaching, some of the best defenders have four legs.

Trained canines are used in some of South Africa’s national parks to detect wildlife contraband like rhino horns, pangolin scales, and ivory at airports and roadblocks. Other dogs are trained to track and apprehend poachers in the field.

According to Save the Rhino, 9,885 rhinos have been lost to poaching in the last decade. But Carl Thornton, founder and director of Pit-Track K9 Conservation and Anti-Poaching Unit, says the numbers are likely much higher.

“Statistically we know there are a lot more rhinos poached than recorded. A lot of carcasses (especially in vast areas like Kruger National Park) are never found, and unborn calves are usually not included in poaching counts,” Thornton tells Treehugger.

“Realistically this figure only shows about one-third of the problem – we could be looking at figures of 20,000 to 30,000 rhinos poached in the last decade.”

In addition to the rhinos that were poached, about 1,000 rangers were killed in the same decade.

“These rangers were just trying to protect animals,” Thornton says.  “That’s about one ranger killed every four days.”

At Pit-Track, dogs are selected and training starts at a very young age.

For K9s that will work to detect wildlife contraband, they choose dogs that have a great sense of smell and good personalities because they work in public. They also have to have a strong toy drive because each dog is rewarded with a toy once they find contraband.

They often use breeds like sable shepherds, Dutch shepherds, and Belgian Malinois.

Tracking dogs have to have stronger personalities.

“For tracking and apprehension K9s, we look for dogs that can handle the apprehension and combat tracking side of our anti-poaching efforts,” Thornton says. “These will normally be your power breeds with the ability to apprehend a suspect in addition to having the other traits attributed to detection K9s. They also need strong scent capabilities to follow a scent.”

Here, they turn to breeds like Malinois, hound dogs, and German short-haired pointers.

“While we have preferred breeds for each task, it always comes down to the individual K9, their personality and how they function,” Thornton says. “You can train any dog to do anything, and certain breeds can surprise you in what abilities they display.”

The dogs start training at around 12 weeks old. They work on conditioning, as well as obedience training as they train for either tracking or detection roles.

Preventative medicine is also important in order to protect the dogs, the rhinos, and the environment. The dogs and handlers can spend weeks in the bush where they can be exposed to serious tick-related diseases.

Trained detection and tracking dogs have become a key tool for anti-poaching efforts, according to Save the Rhino. Poaching numbers decreased from 2015 to 2020. In 2020 during lockdown, 394 rhinos were poached, that’s one-third fewer than the year before.

Thornton says they’ve seen a “massive reduction” in poaching since detection K9s have been stationed at Associated Private Nature Reserves bordering Kruger National Park. The dogs search all vehicles entering and leaving the reserves, looking for illegal firearms and ammunition, as well as wildlife contraband.

“This alone has been a massive deterrent as it stops poachers from using vehicles to assist in poaching, which was the easiest way to poach in the past. It has forced them to move on foot, where they may then encounter ground teams. This makes the ground teams more successful and creates a huge reduction in poaching,” he says.

“Our tracking K9s have helped ground teams overcome complications like night time tracking, hard ground, and visual tracking complications. Being able to track in such conditions has become a big deterrent to rhino poachers. They are often reluctant to enter reserves and pursue poaching opportunities because of the increased risk of being tracked and caught by the dogs.”