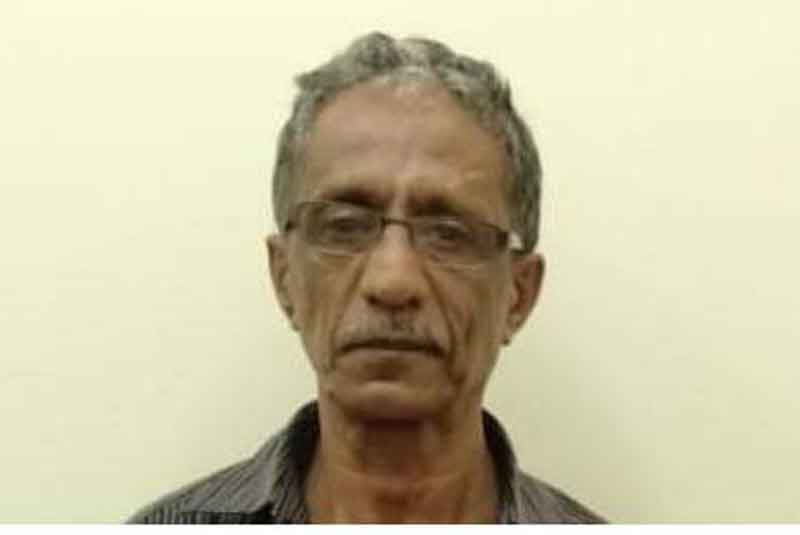 Mansur Mohamed Suru was on the run for more than a year. Original photo as published by The Standard.

It is not yet known when Mansur Mohamed Surur got entangled in the dark world of illegal game trading and poaching. But for close to a decade, Surur was part of a four-man gang that traversed the African continent decimating elephant and rhino populations for profit.

Within that period, Surur and his three colleagues Moazu Kromah, Amara Cherif and Abdi Hussein Ahmed, were responsible for the poaching of approximately 35 rhinos and more than 100 elephants for close to a billion shillings in sales.

After being on the run for more than a year and the arrest of two key partners in Kromah and Cherif in Uganda and Senegal respectively, Surur was finding it hard out there. Key links had been cut. The only other member of their original boys’ club, Ahmed, was missing in action.

And these trying days of Covid-19 loneliness weighed heavily on him and from his hideout in the bombed-out Yemeni capital of Sanaa. Surur plotted a return to the land that made him and his associates wealthy.

Amidst the coronavirus pandemic, Surur was hatching a plan that would see him fly into Kenya under an alias as soon as the borders were reopened and melt away under the Mombasa sun then proceed to Kampala, Uganda’s capital which had previously served him and his partners well over the years.

Unknown to him, the ship that he had so tightly run for close to a decade had sprung a leak. Intelligence got to Nairobi that Surur, who had an outstanding warrant of arrest by the American Department of Justice, would be one among 33 passengers aboard a chartered flight to the Moi International airport in Mombasa.

When the Skywood aircraft from Sanaa touched down, his freedom took off as he walked into the hands of law enforcement officers lying in wait.

This arrest, like the previous two of his other colleagues, was a culmination to an investigation spearheaded by the American Drug Enforcement Agency and supported by Kenya, Tanzania and Mozambique – three countries that were drastically affected by the actions of the Surur team.

This was in early 2018. By then, Surur and his accomplices had an impressive portfolio. Among the four of them, they had collectively moved more than 30 kilogrammes of rhino horn and more than nine tonnes of ivory from different countries across the continent to various destinations which included the US.

The street value of this, stood at more than Sh730 million, money which they used to expand their trade and become one of the biggest wildlife smuggling rings in the world. There was something else too. Their networks in the underground prompted them to move in another equally lucrative industry, heroine.

But somewhere in New York, a plot was being hatched to bring them down. And like many modern-day relationships, the one between the Surur network and an undercover agent started with a provocative, simple yet mysterious text message.

The agent intimated that he represented an American conglomerate. He had proof that his clients had money. And that he and the people he worked for were interested in Surur’s business. Without either side revealing too much, the two parties furthered this relationship through phone calls and later on agreed on the face to face meetings.

After months of conversations Surur, swayed by impressive balances from banks in New York’s Manhattan, showed his hand in July 2017. He sent out a text that revealed a little bit more of what he did.

On the 17th of that month, Surur met with the informant, offering to sell him some four rhino horns weighing 4.2 kilograms. The price was set at just over Sh6.1 million. The deal came together perfectly. The money was transferred from a bank account in New York to the Surur organisation.

What followed was a series of trades between the two sides, each meant to make Surur reveal more about the key individuals in his organisations.

Four months later, on November 21, Kromah again negotiated a deal with the agent for the sale of ivory. On February 11, 2018, the organisation offered the sale of black rhino horn through Dakar and then to Manhattan’s China Town where the buyer would be waiting. Less than 6,000 black rhinos roam the wild.

The Surur network was so strong that in just three days, the rhino horns had left Dakar and were on transit to New York. The horns docked in New York on March 2. Subsequently, Sh1.8 million was wired to Surur and a further Sh150,000 paid out to him personally as a finder’s fee commission.

The horns were hidden in a yellow African mask and had made it all the way to its market in the US.

The ease of doing business with the informant furled even more greed to the poachers’ thousands of kilometres away.

Documents from the United States Department of Justice show that between March and May of 2018, Surur and co offered to sell additional rhino horns of varying weights, including a single piece whose weight stood at seven kilogrammes. To reel in the informant, they supplied an endless line of photos of rhino horns and elephant ivory from which their man in New York could choose from.

The horns were concealed in statues. Agents examined them and concluded they were from white rhinos. Only 18,000 of these roam the wild.

The butchering of rhinos and elephants in Kenya, Tanzania and Mozambique never stopped, ensuring that Surur and his associates always met the demand created by the US agent, continuing to further their reputation of notoriety fuelled on by money.

“As alleged, these defendants are members of an international conspiracy to traffic in not only heroin but also rhino horns and elephant ivory.  The alleged enterprise, responsible for the illegal slaughter of dozens of rhinos and more than 100 elephants, was as destructive to protected species as it was lucrative.,” Manhattan US Attorney Geoffrey S Berman said of Surur and the men who worked with him.

But the white rhino horn sale was to be one of their last.

Soon after payment for the consignment was made, US authorities working with agencies from different African countries thought they had gathered enough evidence in the course of the year-long investigation to strike.

On June 12, Kromah, a Liberian citizen code-named “Kampala Man,” was arrested in Uganda. The very next day, Kromah found himself standing in a federal courthouse in New York City as a judge read charges against him.

A few days earlier, another of the four-man axle, Cherif – a Guinean citizen – had been arrested in Senegal. His extradition process is ongoing. It is after these arrests that Surur and Abdi Hussein Ahmed went on the run.

Based out of Uganda, their transnational criminal activities spanned at least seven countries in East and West Africa, with customers as far-flung as the United States and Southeast Asia.