By NewsroomMay 7, 2021Wildlife Trade
No Comments 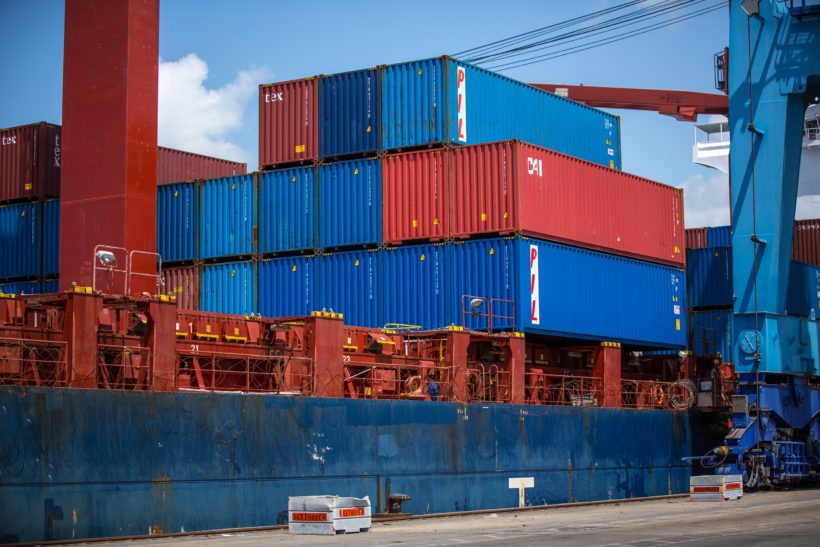 The ancient trade routes of East Africa’s Swahili Coast – a 3,000 kilometre littoral stretching from Somalia in the north to Northern Mozambique in the south – is riddled with illegal trading. These networks are connected to political instability in the wider region as well as the emergence of extremist movements which threaten to undermine and corrode the region’s fragile institutions.

The seizure of the town of Palma in the extreme north of Mozambique by armed groups associated with the Islamist Ahlu Sunnah Wal Jamaah (ASWJ) in March has galvanised the world’s attention. Although the event seemed to come as a shock to governments of the region, analysts of the illegal trade have warned of the area’s vulnerability for several years. In 2018, a report by the United Nations sponsored Global Initiative Against Transnational Organised Crime (GI) revealed that a substantial narcotic-trafficking economy had emerged. Heroin, originally produced in Afghanistan and Pakistan, and often carried on ocean-going dhows, is routed through the area on its way to the wider global market.

But heroin is only one of many illicit trade items and the Palma incident is but one example of a much wider phenomenon. A recent report by the distinguished scholar and former British diplomat, Sir Ivor Roberts, contains more detail of illicit trade and the way it fuels political extremism and crime across the entire wider region. Among items being traded from Somalia to Mozambique as well as inland (Uganda, Rwanda, Burundi, South Sudan, the Central African Republic [CAR] and the Democratic Republic of Congo [DRC]) are wildlife products, including ivory and rhino horn, small arms, narcotics, gold, gemstones and valuable ‘green minerals’ such as coltan, illegally logged wood, cigarettes, alcohol, counterfeit goods, sugar and human beings.

Roberts describes the scale of the problem as ‘staggering’. He writes that a recent survey in Kenya determined that 40 percent of consumer products, including cigarettes and alcohol, are illicit. As much as 70 percent of the alcohol sold in Uganda is thought to be illegal and a billion illegal cigarettes are sold in the region each year. Counterfeit goods alone rob Kenya of US$900 million a year, Roberts estimates.

The deepest implication of the problem is the power the illicit trade gives to those who carry it out and the extent to which this undermines legitimate governance. The blood diamond financed civil wars in Sierra Leone, Liberia, Angola, the DRC and elsewhere on the continent in the 1990s showed a close link between the proliferation of illicit trade, political instability and violence, irrespective of whether the participants have political agendas or not.

Among the political players who Roberts identifies as being financed by the illicit trade along the Swahili Coast are Al Shabaab who are responsible for numerous terror assaults in Kenya, Somalia and Tanzania, the Lord’s Resistance Army in Northern Uganda, Janajaweed in Sudan, the rump of Renamo in Mozambique and ASWJ in southern Tanzania and northern Mozambique. But attaching names and labels to the widespread phenomenon can be misleading. Much more representative are the so-called militia groups of the Eastern DRC and CAR which illustrates the point that the illicit trades are socially embedded and associated with dynamics which run in parallel (and in competition) with formal state institutions.

In the CAR for instance, at least 14 different armed groupings are active. The country is so unstable that the state’s writ runs hardly further than the capital, Bangui, and one-in-four Central Africans are internally displaced or refugees abroad. The armed groupings trade in diamonds, small arms, human trafficking, illegal logging and wildlife products and exercise state-like powers, including informal taxation, in the areas they control. Sexual violence is reported to be endemic.

Roberts is clear on the issue. The region is being ‘picked apart’ by extremist groups, organised crime syndicates and urban gangs, he writes. The implication is that political extremism cannot be viewed separately from its criminal associations. Illicit trade has to be dealt with in parallel to initiatives to counter political extremism.

The experience of the regional power, Kenya, illustrates how pervasive the problem is and how difficult it is to control. Kenya has repeatedly acted against illegal trade for more than 30 years but the problem simply pops up elsewhere. Kenya has a stronger state than any of its neighbours and has established a coast guard and an Anti-Counterfeit Authority. The government has repeatedly clamped down on illicit trade via Mombasa harbour and Jomo Kenyatta Airport in Nairobi. In 2016, the world’s largest bust of counterfeit pharmaceuticals was made in Kenya. However, no matter what action the Kenyan state takes, illicit traders circumvent it, moving goods through other entry points along the Swahili Coast, in cooperation with existing criminal networks, especially urban gangs, or corrupt officials and politicians.

The fight against the illicit tobacco industry in Kenya illustrates the regional dimensions of the problem. Kenya adopted the WHO Illicit Tobacco Trade Protocol in 2020, the only East African country to do so and a signal of how serious the government is about combatting illicit trade. But the country’s 20-year campaign against the trade – including the closure of loopholes which facilitated illegal imports, round tripping and underdeclared values in 2003 – is undermined by regional dynamics. The actions of criminal actors in Uganda, where excise taxes are notable lower and factory inspections virtually non-existent, has seen an increased stream of illicit product entering Kenya once again.

Illicit tobacco is often treated (by the international media) as a less significant problem than higher profile illicit trade in people, narcotics and wildlife products. But it has been a primary source of funding for terror groups ranging from the Irish Republican Army to Hezbollah in Lebanon. Inland of the Swahili coast, it financed the Forces Armées du Peuple Congolais (FAPC) insurgency in the DRC in the early 2000s. FAPC leaders were convicted of ‘rape, pillaging, destruction of schools and abduction of children’ in 2011.

The Swahili Coast and its hinterland is assailed by political instability. But it is now clear that the problem is not simply underdevelopment and political radicalism, but that illicit trade is an integral part of the problem. Solutions will have to address this too.