How many rhinos is enough rhinos? (Nepal)

Despite Nepal achieving zero rhino poaching for the past five years, conservationists say the country should not let its guard down given the official extinction of the Sumatran rhinoceros in Malaysia last week.

There has been a rise in rhino deaths in Nepal recent years, for various reasons such as natural death, overcrowding in protected areas and human-animal conflict due to habitat encroachment. But the biggest threat to rhino conservation in the post-poaching era is the growing infrastructure that crisscrosses nature reserves.

Conservationists interviewed for this article said sustaining rhino numbers will be even more challenging because the animal’s floodplain habitat is affected by upstream infrastructure development, pollution and disease, as well as the impact of climate change.

In order to assess future priorities for wildlife conservation in general and rhino protection in particular, the department of national parks and wildlife conservation is currently conducting a baseline study of the carrying capacity of Chitwan National Park for rhinos. A census of the total rhino population will also be done next year. 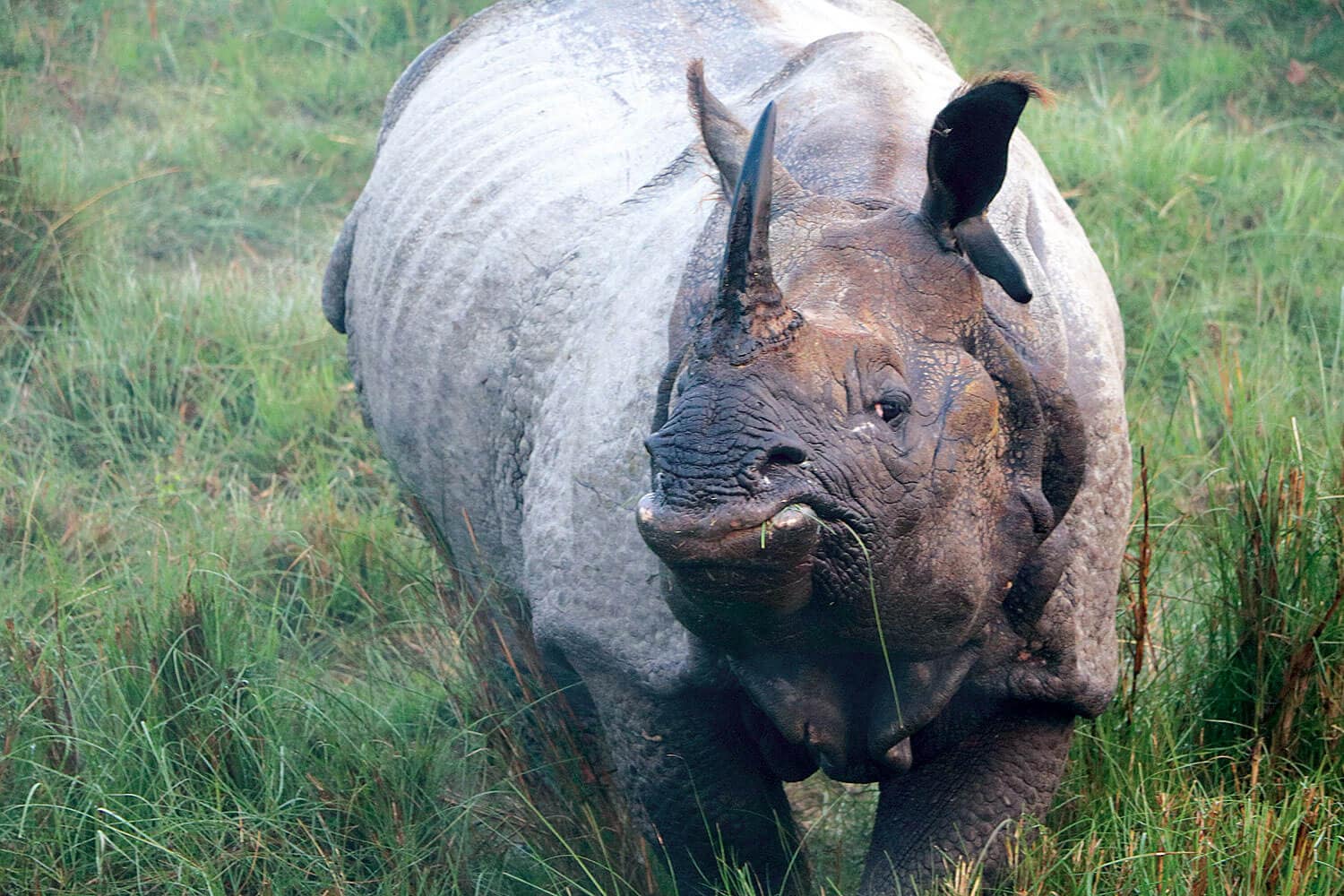 The population of the Greater One-horned Rhinoceros was estimated at 1,000 in Chitwan until the 1950s. But with hunting, poaching and transmigration of people from the mountains to the valley after the eradication of malaria in the 1960s, the number plummeted to less than 100.

This prompted the government to establish an armed Rhino Patrol Unit in 1961, and in 1973 it declared the remaining prime rhino habitats along the Rapti, Narayani and Reu rivers as Chitwan National Park.

Over the years, successful efforts by the government and conservation agencies translated into a gradual rise in the rhino population. Of the 645 rhinos counted in the last census in 2015, 605 individuals were found in Chitwan National Park alone, with the rest scattered in Parsa, Bardia and Shuklaphanta reserves.

Climate change is the latest threat to wildlife, with rhinos particularly affected because weather extremes have aggravated water scarcity, flash floods and prey decline. A major flood in 2017 washed away about a dozen rhinos to India, and only seven of them were rescued and returned to Chitwan. Changes in vegetation, due to both human and natural causes, is leading to loss of grasslands, a prime rhino habitat.

Next year’s rhino census can determine the effectiveness of past conservation efforts and help to craft a future plan of action. The census is conducted every 4-5 years, but the 2019 census was postponed due to lack of funding.

The current carrying-capacity study is also expected to provide key information for park managers and the government that will feed into future rhino conservation initiatives. It will answer key questions like whether Chitwan has exceeded its carrying capacity for 600 rhinos and if so, if the animals can be moved to other national parks as they have been in the past.

Said Bishnu Prasad Shrestha of the department of national parks and wildlife conservation: “At the moment we are in the planning and coordinating stage for the census. Together with the ongoing carrying-capacity study, it will give us a future direction and help us formulate strategies moving forward for the conservation of rhinos in Nepal.”