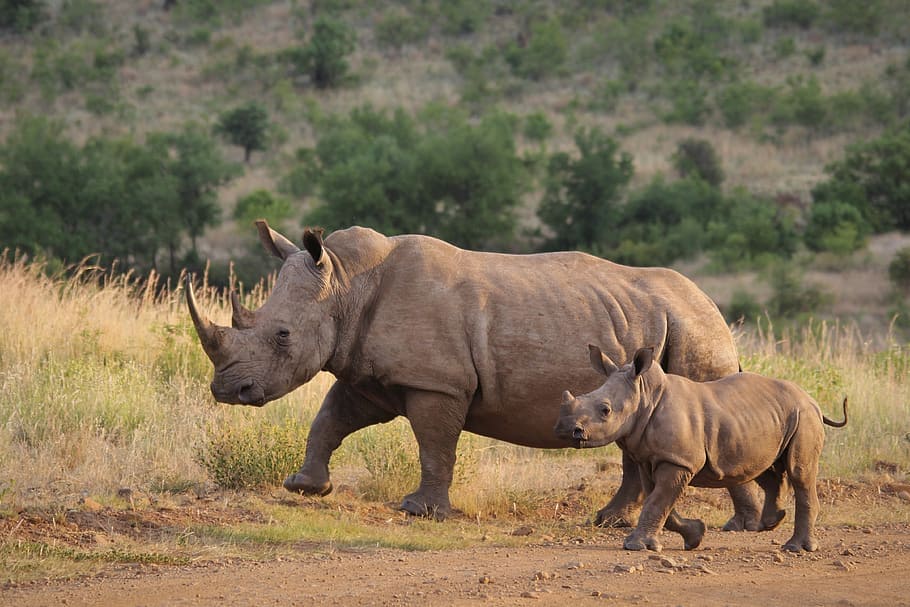 A rhino and her calf roam free. Image: Pxfuel.