By NewsroomNovember 2, 2021Tourism
No Comments 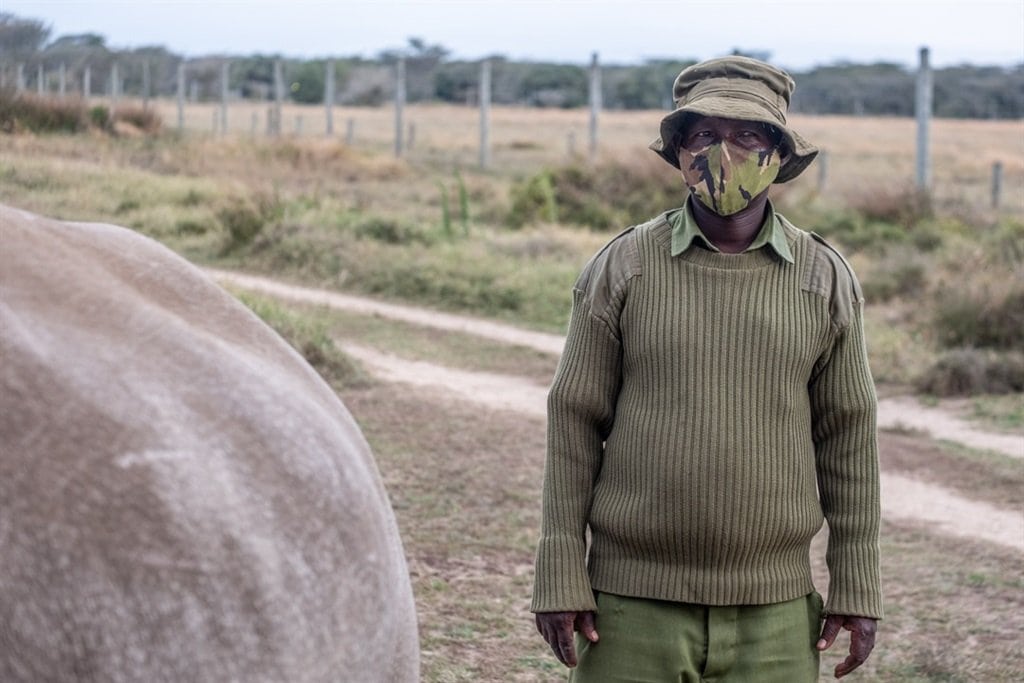 Najin and Fatu are under 24hr surveillance for protection. Andrew Thompson/As originally published by Business Insider.

At the foot of Mount Kenya, in a reserve roughly the size of South Africa’s Pilanesberg National Park, is Ol Pejeta – home to the world’s last two northern white rhinos.

The two rhinos, named Najin and Fatu, live under permanent armed guard in a large enclosure inside the greater conservancy – for protection from poachers, and so scientists can easily monitor and access them in the hope of artificially resurrecting the nearly eradicated subspecies.

Najin and her daughter Fatu are not native to Ol Pejeta; they famously returned to the conservancy with males Sudan and Suni in 2009 from a Czech Republic zoo. The hope was that by returning to their natural habitat, the last four remaining rhinos of their type in the world would finally breed.

But both males died before they could successfully impregnate the females, and scientists are now grappling to find solutions through in vitro fertilisation.

According to Ol Pejeta CEO Richard Vigne, the process is costing in the region of $20 million (around R300 million) – but his focus is on more than just continuing this one line of rhino. He’s frank – and realistic – about the future of the northern white rhino. Although a team of scientists has harvested multiple embryos and are optimistic about successfully implanting these in a surrogate southern white rhino mother, it’s a procedure not yet performed or perfected in rhinos.

Instead, Vigne believes these last two females have a role to play right now – whether they’re able to reproduce or not.

“Does it matter if we lose the northern white rhino as a species?” Vigne asked Business Insider South Africa from his office in the heart of Ol Pejeta. “The answer is not really. Can we continue to live as humans without them? Of course. Are there other rhinos around? They may look slightly different, but it doesn’t make that much difference for most people. So why are we spending $20 million – or whatever it will take – to recover this species?”

One part of the answer, according to Vigne, is that a steady stream of people is visiting the small conservancy in northern Kenya to pay homage to the pair. They leave with stories, photographs, and a message of the devastating impact humans have had on the planet. And perhaps, like fellow famous northern white Sudan, who died there in 2018, their true worth is in spreading this message around the world.

Reaching the two rhinos at the foot of a snow-capped Mount Kenya is surprisingly easy for South Africans. A strangely-timed direct flight from Johannesburg to Nairobi will get you into Kenya at the crack of dawn. From there, small planes fly daily to Nanyuki airstrip, a short drive from the Ol Pejeta conservancy.

If you’re looking for a more cost-effective approach, you can reach the conservancy in about four hours by car from the capital – and with the option to easily self-drive in the reserve, you can save even more on a trip.

But for a memorable experience, booking into a comfortable lodge in Ol Pejeta means you benefit from the expertise of a guide, and can relax with all the trimmings that come with a traditional East African safari.

Abdullahi “Abdi” Marigo greeted me at the entrance to the reserve, introduced himself as my guide for the next three days, and invited me to hop aboard his Totoya Landcruiser. He drove us slowly towards Ol Pejeta Bush Camp, one of several accommodation options available to guests, while slowly familiarising me with the landscape and animals that he’s come to know during his long tenure there.

Ol Pejeta Bush Camp, part of the Asilia group, is set on the bank of the Ewaso Ngiro River and offers an ideal base from which to explore the conservancy. The luxury canvas tents are spacious and airy and unzip fully to leave just a fly net between you and the elements. Showers are bucket-fed, but staff deliver the most perfectly heated water upon request. Drinks and meals are included – and all that’s left to do is follow your guide’s suggestions on how to spend your time in the reserve.

As with many safari camps in East Africa, it would be easy to spend the days on your private deck with a good book or at the communal dining tent and bar watching the passing parade of animals coming down to drink.

But with the focus at Ol Pejeta heavily on conservation, there are several activities, like spending a morning with sniffer dogs, tracking collared lions, or for the brave, joining the park’s rangers on a brisk morning run, that will get you off your private deck and out into the wild.

Wildlife sightings are plentiful, too, and guides are on hand to offer morning and evening drives that crisscross the diverse landscapes. Rhinos are the star of the show at Ol Pejeta – there are more than 39 white rhinos and 140 black rhinos, the majority of which are still fully, and impressively, horned. Unlike South Africa, black rhinos are commonplace in Ol Pejeta, and it’s not uncommon to see them sharing waterholes with fellow white rhinos. On one morning, Abdi and I counted 21 black and white rhinos in a single gathering – a phenomenon put down to a female being on heat, but a wild rhino sighting unlike anything currently on offer elsewhere in the world.

The reserve also has one of the highest population densities of predators in Kenya, large herds of elephants, and diverse general game – including many East African takes on species familiar to South Africans – that occupies the moments between the big sightings.

But despite the scenery, activities, and bountiful game drives, it’s the two northern white rhinos that steal the show at Ol Pejeta – and for an added fee, you can visit them in person.

Although the two rhinos are under 24-hour guard, the personal caretaker who met me at the entrance to their boma armed himself only with a bucket full of carrots.

The two rhinos lingered peacefully in their private boma, and Abdi pointed out the slight but apparent differences: shorter hind legs, hairier ears, and a flatter skull. According to some scientists, it is enough to call them a unique species rather than a subspecies.

As soon as they noticed their caretaker quietly alighting from the vehicle, they sauntered over to him, looking for the treats they’d come to expect. He gently stroked them and fed them carrots, which they effortlessly inhaled.

Once, Najin rested her full horn against the front of the large Landcruiser, causing it to dip, innocently demonstrating her might despite her placidness – but a firm audible command from her carer had her take a few steps back.

Abdi then handed me a bunch of carrots and motioned for me to dangle one out the window. Feeding wildlife in a conservancy is odd, but these zoo-rescued animals have known this as their only way of life for many years. Rescued from war zones, poachers, and ultimately exiled to the safety of zoos, they’ve had to depend on humans for their well-being and protection.

Suddenly at eye level was a horizontal cavern of a mouth that filled the entire window. It was searching for the carrots in my hand, and I tentatively raised one, which Nanjin inhaled without hesitating. She requested another, and then another, her hefty weight causing the vehicle to sway as she lent in for more.

“They don’t have teeth in the front,” Abdi said in an attempt to comfort me.

But despite the lack of teeth, the giant quivering, slobbering lips centimetres from my face appeared to have the might to snap off an arm at the wrist, and it was enough to keep the adrenaline high.

“You can feel behind her ears if you like,” Abdi then said.

I paused, thinking it was a joke, but he nodded in affirmation, and so I reached out and laid a hand behind Nanjin’s hairy left ear.

Her flesh was almost jelly-like beneath the coarse outer layer. Despite the thick skin and her preoccupation with the carrots, she felt my touch and rose gently towards my hand, inadvertently showcasing the strength, and sensitivity, of this unique species that, despite a global team of scientists and millions of dollars, might be the last.

The words of Ol Pejeta CEO Richard Vigne rang true at this moment, that if nothing else, these two gentle rhinos are perhaps the most potent symbol imaginable for humankind’s devastating impact on the planet.