How to safely dehorn a rhino

By NewsroomMay 17, 2021Anti-poaching
No Comments 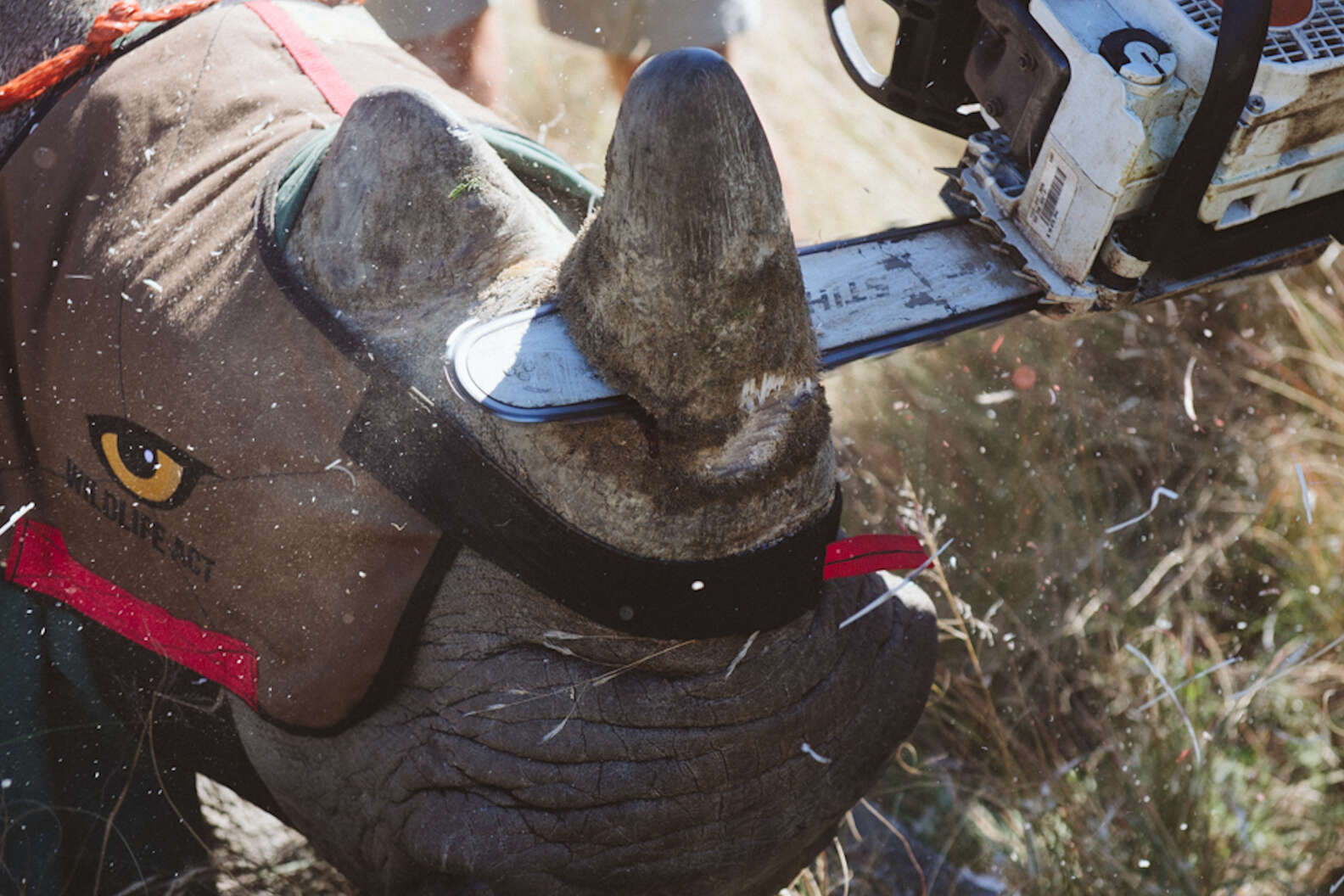 A rhino is dehorned in South Africa. Image: As originally published by NowThis.

Rangers across South Africa are taking chainsaws to their rhinos’ horns to deter poachers. In Spioenkop Nature Reserve in South Africa’s KwaZulu-Natal province, rangers recently dehorned their entire white rhino population over 3 days with the support of conservation NGO Wildlife ACT. In Balule Nature Reserve in Kruger National Park, rangers have dehorned 100 rhinos since April 2019 and are working to dehorn the entire population.

Since horns are in high demand in illegal trade markets, removing them removes much of the incentive to kill. In 2020, COVID-19-related travel restrictions led to poaching plunging by 30% relative to the previous year, with 394 rhinos killed. However, as travel bans are lifted, conservationists are worried that those numbers will begin ascending as it becomes easier for poachers to access the parks.

Rhino horns are made of keratin (like human fingernails) so they grow back in 18 to 24 months. The animals are tranquilized, and their eyes and ears are covered to reduce any trauma they might experience. Dehorning all of the population at once is important, both for the message it sends to poachers and for minimizing impact on the rhinos’ natural behaviors. Horns are used in territorial disputes, so any horned rhinos would have an unfair advantage over their dehorned neighbors. While this solution can be dangerous and far from perfect, researchers believe it is a good interim approach to stop poaching, especially when used in tandem with strong law enforcement.

South Africa reportedly has approximately 16,000 rhinos left in the country.