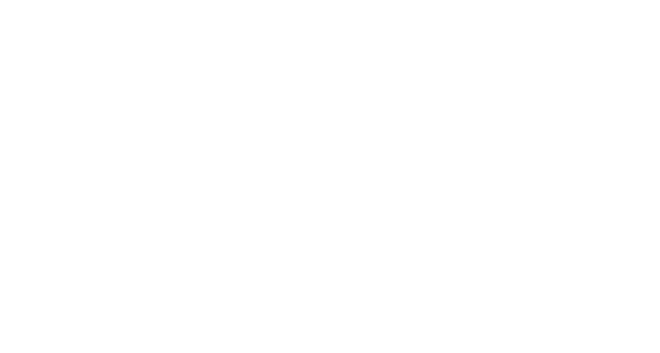 A rhinoceros that wandered into a field on the outskirts of Kaziranga National Park. Image: As originally published by The Hindu.

As we wind our way down to Diphu from Guwahati through large farms and rolling hills, our driver tells us that this “vastness” is what attracts Bangladeshi immigrants to India. “They think all this is free land,” he says. We can sense his simmering resentment towards immigrants, a sentiment that contributes significantly to the politically charged atmosphere of this region.

The district of Karbi Anglong, Assam’s largest district, is home to a diversity of human cultures that include tribes such as Karbis, Bodos, Kukis, Dimasas, Hmars, Garos, Rengma Nagas, Tiwas, and Man. This district also has a history of political unrest. It is administered by the Karbi Anglong Autonomous Council (KAAC) and has seen a long-drawn struggle for the creation of an autonomous State within Assam.

Caught in the middle of this socio-political turmoil is a silent entity: wildlife. Located adjacent to Kaziranga National Park on one side and Nagaland on the other, Karbi Anglong has an official forest cover of over 40%. And the district is home to tigers, rhinos, leopards, elephants, pangolins and more.

We are here to study how illegal wildlife trade features in the day-to-day politics that play out along the Indo-Myanmar border; to understand how wildlife trade is used to construct political identities; and how it features in the interplay of power between different people. The prized rhino horns are poached in Kaziranga in Assam, carried through Karbi Anglong, transported across Nagaland, and then sent to the border town of Moreh in Manipur.

From Moreh, traffickers are said to transport the horn to the town of Tamu across the border in Myanmar, and eventually to the Golden Triangle. In June 2020, the Karbi Anglong police arrested three people for their involvement in a rhino poaching case in Kaziranga. This January, one person was arrested at the district’s Dilai check post for the illegal possession of a rhino horn, which was believed to be on its way to be sold in Dimapur in Nagaland.

As we try to understand the role of political unrest and economic instability in facilitating illegal wildlife trade, we piece together a troubling narrative.

“Normally, politicians don’t see this [wildlife trade] as an issue at all,” says an activist-turned-politician, who requests anonymity. “If it does become an issue, it’s not for the love of wildlife but a purely political blame-game about how a particular party wasn’t able to control poaching.” Poaching, according to him, is not a natural option for local people. “They don’t want to kill animals and sell horns. But sometimes, they get induced by easy money or are forced by circumstances. If people have a reliable source of income, they won’t go in for this option. Those who are involved get protection from powerful people.”

Nature at the apex

As we walk across Diphu, a town painted in the traditional Karbi colours of black, red and white, and proudly displaying the Jambili Athon on cross-roads, walls and parks, we realise how the lives of the people of these hills and their natural surroundings are inextricably intertwined. The Jambili Athon, with its central axis and a whorl of four branches with different species of birds perched on them, is a recurring reminder of the significance of nature in Karbi tribal art. At the apex of the axis is the racket-tailed drongo, locally known as vojaru, and below this are grey-capped pygmy woodpeckers.

A tea vendor tells us that the drongo’s tail feathers are used as decorative head-gear for men during important rituals. In traditional Karbi homes, these feathers are often safely stored in the hollow of a bamboo hung from the roof. “If these are passed down over generations, new birds aren’t hunted, but we do see the feathers sold during local festivals,” says the tea vendor. Such traditional interrelationships between Karbi culture and wildlife prevail in many aspects of life here, including in the use of animal parts in rituals and medicines. A 2014 study lists 19 mammals, 10 insects, nine birds, and four reptiles used by Karbi healers to treat 54 diseases, including asthma, cancer and respiratory problems.

The discourse on hunting in these parts is shaped by dynamic social norms that try to negotiate the complexities of tradition, indigenous medicine, an emerging conservation ethos, and the law. Hunting in several parts of the Northeast is viewed as a traditional right. Historically, hunting has been regulated through taboos in order to safeguard against over-hunting. A study on hoolock gibbons finds that Karbis do not normally hunt and eat these apes as they consider them kin — a ‘Karbi sent to the jungle for his misdeeds’.

Hunting traditions are now formally outlawed. We ask an official from the KAAC Forest Department how the discordance between traditional culture and law affects the implementation of the Wildlife Protection Act, 1972. “Yes,” he says, “hunting has always been part of Karbi culture but not the commercial part of it.” This is pertinent given that the Northeast has increasingly become a hotspot for illegal trade, with reports of various species crossing the border in these parts. Between August 2019 and March 2021, we recorded from media reports over 80 cases of wildlife crime in the Northeast, involving over 12 species including pangolins, elephants, rhinos, tigers and leopards.

Even some of the areas contiguous with the Kaziranga Tiger Reserve that fall under the autonomous hill district of Karbi Anglong have not been notified. Therefore, funds under centrally sponsored schemes such as the National Tiger Conservation Authority do not trickle down to Karbi Anglong directly. A former KAAC member explains, “No share of that fund comes to us directly and it is for such issues that we have been demanding an autonomous State for a long time.”

The next leg of our journey takes us to West Karbi Anglong to meet the leader of one such group demanding autonomy and currently signatory to a ceasefire with the government. We have come across at least 17 media articles in the period between August 2015 and 2020 in which armed insurgent groups like this one have been directly or indirectly associated with rhino horn poaching and trade. Documented reports include incidents covering poaching and smuggling of rhino horn, weapons and cash, and related investigative arrests.

But the leader says: “Groups like ours get named in such cases because the government wants to take our weapons. Rhino poachers do not belong to any group. Some surrendered people of certain groups may be involved. We have been subjected to different forms of divide and rule by everyone from the Home Ministry to corrupt local politicians. Our only focus is to get Article 244 (A) [that allows for the creation of an autonomous State within Assam].”

The group links its victimisation claims to the government’s refusal to share constitutional authority; the imposition of Assamese culture on tribal people; and the migration of people from neighbouring areas to Karbi Anglong. “Once we get autonomy, we will take responsibility. We will protect the rhinos,” the leader says.

The tussle to protect and control natural resources further strains the relationships between state and citizen and is occasionally marked by violence. As recently as March 4, a suspected timber smuggler was shot dead by the Forest Department staff of the Garampani Wildlife Sanctuary in Karbi Anglong. This was not a one-off incident — conflicts around the extraction of natural resources have led to casualties on both sides regularly over the years.

While the political unrest continues to affect the smooth functioning of natural resource management, it is heartening to see the younger generation highly inclined towards conservation, initiating efforts to create awareness about the threats faced by endangered species such as the pangolin within their communities. On February 18, at the 47th Karbi Youth Festival in Diphu (one of the largest and oldest ethnic festivals in the country), a pangolin awareness campaign titled ‘Save Karpu (pangolin), Save Karbi Pride’ was launched.

Joyhind Engleng, a filmmaker and social worker, says, “While working with the community I realised that we Karbis face similar disadvantages and challenges as the endangered pangolin does. I believe that we hold the power to mobilise conservation sentiments among ourselves.” Kangjang Terang, chairman of Panchayat & Rural Development under the KAAC, says, “With time, the Karbi cultural connection with nature must change into action.”

Polling has just concluded in Assam. None of the manifestos of the contesting parties mentioned wildlife conservation or any other environmental issue. However, we can draw some little solace from the youth movements in the region. As Engleng says, “The future is full of hope. If we get opportunities to work together for a cause, the change will come from within us.”