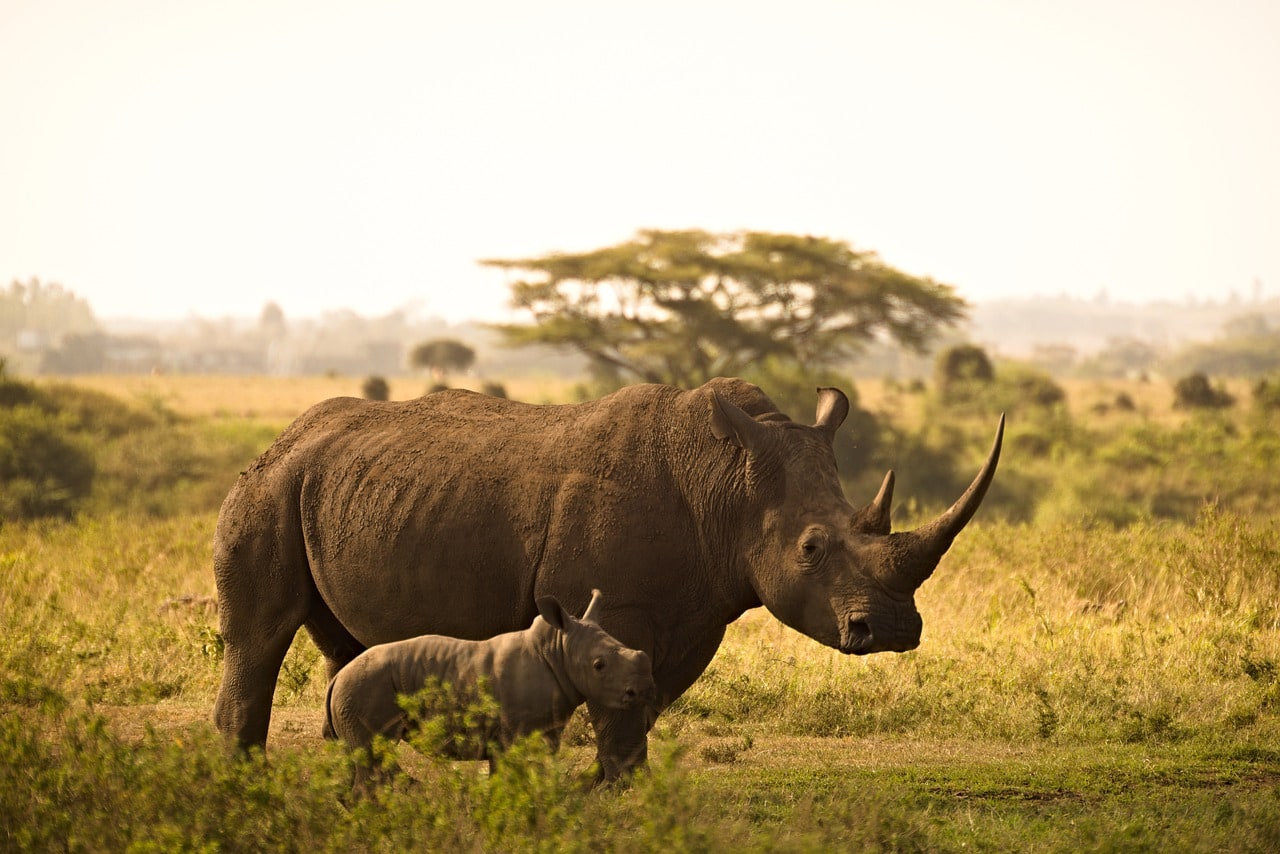 The arrests and indictment are part of “Operation Kuluna,” an international operation conducted between HSI Seattle and the Government of the DRC. Image: As originally published by HSToday.

U.S. Immigration and Customs Enforcement’s (ICE) Homeland Security Investigations (HSI) continues to make the interdiction of wildlife trafficking a global priority by protecting wildlife from poachers and the transnational criminal organizations who profit from illegal trade. Most recently, HSI Seattle, in conjunction with the Department of State, Department of Justice, US Fish and Wildlife Service, US Customs and Border Protection, Seattle Police Department and HSI Nairobi, spearheaded the investigation that led to Herdade Lokua, 23, and Jospin Mujangi, 31, of Kinshasa, Democratic Republic of Congo (DRC), being arrested and indicted by a federal grand jury for conspiracy, money laundering, smuggling and Lacey Act violations for trafficking elephant ivory and white rhinoceros horn from DRC to Seattle, Nov. 3.

“HSI is committed to putting a stop to the illegal multi-billion-dollar wildlife trafficking industry and the criminal organizations behind it,” said Patrick McElwain, HSI International Operations Assistant Director. “The illicit trade in wildlife has national security implications, to include economic instability, restraints to biodiversity, and can even cause human disease outbreaks. Most notably, the illegal trade is endangering wildlife worldwide, and pushing species such as the rhinoceros, elephant, and tiger towards extinction. The cooperation and information sharing between HSI, US Customs and Border Protection, Department of Justice, US Fish and Wildlife Service and local law enforcement has led to multiple operational and intelligence information exchanges in support of their shared mission in eradicating illegal wildlife trafficking.”

The 11-count indictment alleges that Lokua and Mujangi worked with a middleman to smuggle four packages into the United States. In August and September, 2020, the defendants sent three shipments containing a total of about 49 pounds of ivory by air freight to Seattle. In May, they sent another package with approximately five pounds of rhinoceros horn. At the same time, the defendants conspired to conduct large transactions via ocean freight, offering the buyer more than two tons of elephant ivory, one ton of pangolin scales, and multiple intact rhinoceros horns. On Nov. 2, they arrived in Washington State to negotiate the details of such a deal and were arrested in Edmonds.

The arrests and indictment are part of “Operation Kuluna,” an international operation conducted between the Office of Homeland Security Investigations (HSI) in Seattle, the Government of the DRC, and the U.S. Embassy in Kinshasa, DRC. The investigation is ongoing – immediately after the arrests, the task force in DRC acted on information provided by HSI-Seattle to seize 2,067 pounds of ivory and 75 pounds of pangolin scales in Kinshasa worth approximately $3.5 million, all contraband related to wildlife trafficking.

In order to conceal the tusks and horn, the indictment states that Lokua and Mujangi had them cut into smaller pieces which were painted black. They were then mixed with ebony wood to avoid detection by customs authorities. The packages were all declared as “wood” with values between $50-$60. The buyer paid the defendants $14,500 for the ivory and $18,000 for the horn. Lokua and Mujangi also sold 55 pounds of pangolin scales to a U.S. buyer but ultimately did not ship them.

The indictment further alleges that the defendants paid bribes to authorities in Kinshasa in order to ship the merchandise, and discussed how larger shipments would be packed in 20-foot shipping containers and concealed in timber or corn in order to avoid detection. The investigation in DRC is ongoing.

HSI uses its customs authorities to investigate illegal wildlife smuggled over the border through concealment and a variety of fraudulent schemes and practices including false invoicing, false claims of origin, false markings/labeling, misclassification and false description.

The Lacey Act is the nation’s oldest wildlife trafficking statute and prohibits, among other things, falsely labeling shipments containing wildlife. The United States, DRC, and approximately 181 other countries are signatories to the Convention on International Trade in Endangered Species of Wild Fauna and Flora (“CITES”). CITES is an international treaty that restricts trade in species that may be threatened with extinction. CITES has permit requirements for protected wildlife, and the indictment alleges that the defendants did not obtain any of the necessary papers or declarations from DRC or the United States.

The CITES treaty has listed the white rhinoceros (Ceratotherium simum) as a protected species since 1975 and the African elephant (Loxodanta africana) since 1977. All species of pangolin were added to the CITES appendix with the greatest level of protection in 2017. All three mammals are threatened by poaching and habitat loss.

If convicted, the defendants face a maximum of 20 years’ imprisonment for the smuggling and money laundering charges and five years for the conspiracy and Lacey Act violations.