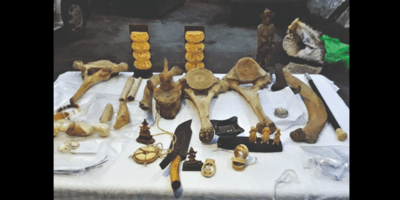 After five hours of searching at a residence, the team found a major haul of antiques and ivory products. Image: As originally published by The Times of India