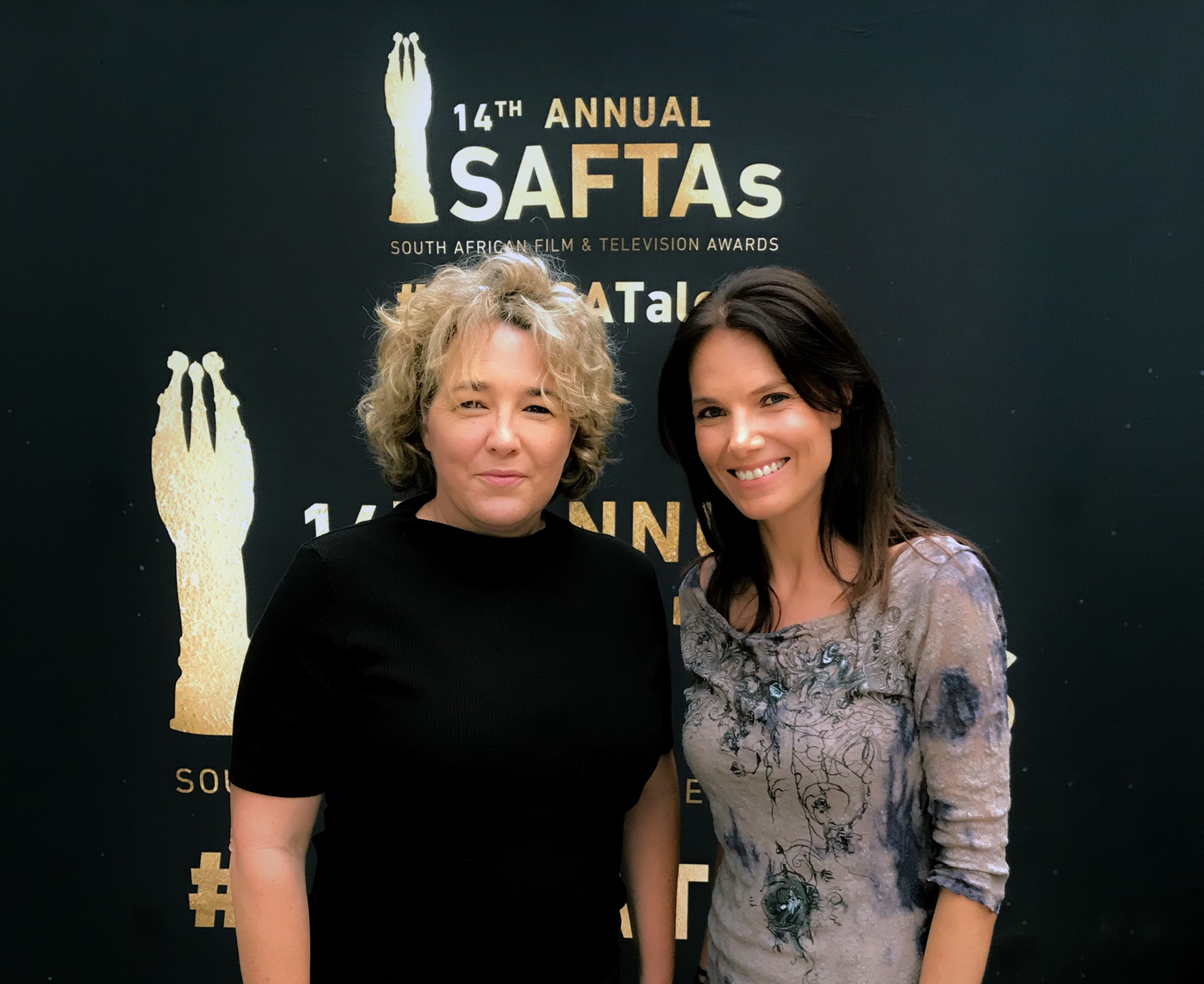 Original photo as published by The Rising Sun Chatsworth. STROOP filmmakers, Susan Scott and Bonne de Bod at the SAFTAs 2020.

The acclaimed and multi-award-winning documentary is an epic investigation into the global trade in rhino horn and seeks to understand why so many of South Africa’s rhinos are brutally poached due to the fact that rhino horn is viewed as a cure for cancer and other diseases.

The two filmmakers shot hundreds of hours of footage, over four years, between Africa and Asia, following rangers, journalists, orphan rehabilitators, vets, activists, rhino owners and even wildlife traffickers and illegal rhino horn users in the notorious wildlife markets of China and Vietnam.

The film’s producer and presenter, Bonné de Bod, was especially thrilled with the film’s 28th award win, noting that it marks a pinnacle for those in the South African Film and TV industry.

de Bod said, “Not only does the win shine a spotlight on the rhino crisis, but it is extremely relevant due to the current coronavirus global pandemic, as the film highlights Asia’s captive wild animal practices. It’s no secret that the novel coronavirus, which causes COVID-19, is of a zoonotic origin and even our own NICD has spoken about the initial cases coming from dealers and vendors at the wet market selling wildlife in Wuhan, China. The coronavirus has been a wake-up call around the world for us all to clearly see the dangers of human involvement in illegal wildlife trade.”

The film’s director, Susan Scott, noted that this win was the inaugural award for the category Best Natural History and Environmental Programme and said, “I don’t think we quite grasp just how important it is that the SAFTA committee has created this separate category to highlight the success that our environmental and natural history films have on the world stage.”

Referring to the other nominees in the category, Scott explained that Dereck and Beverly Joubert are, in her opinion, the top wildlife filmmakers on the planet and the films they make for National Geographic frequently get invited to screen at the Sundance Festival, while Earth-Touch’s films are commissioned by US broadcasters looking for only the best.

“We should be extremely proud that all the nominees in this category highlight important issues in such a big way. It is such an honour that STROOP should be nominated alongside them but of course, I’m not going to lie and say that I am not thrilled that an M-Net film beat out the US broadcasters,” she added.

STROOP made headlines on the international film festival circuit when it won awards at all ten festivals it premiered at in the US and Europe.

It has since been officially selected for 35 film festivals and has to date picked up 28 international awards. At its successful opening film festival run, London-based Journeyman Pictures announced it was picking up STROOP for distribution worldwide.

Shortly afterwards, MultiChoice acquired the documentary and broadcast it- on World Rhino Day in September 2019- throughout South Africa and the African continent on M-Net, kykNET and Showmax.

The film is currently airing and streaming in 80 countries around the world and has been dubbed into six languages.