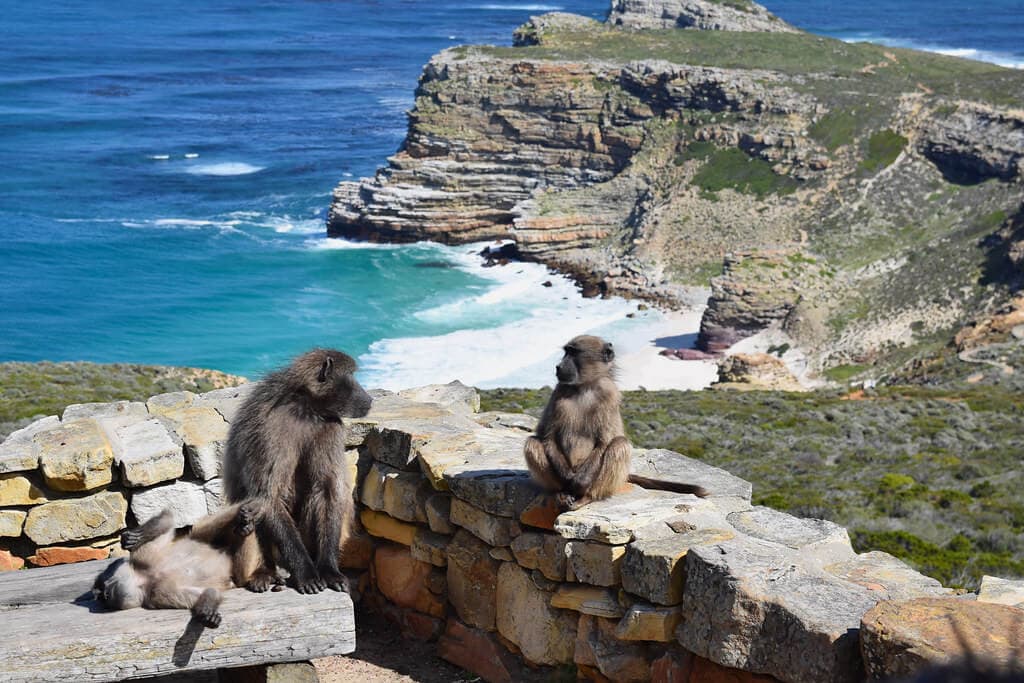 Instead of declaring baboons ‘dangerous’ amid monumental unmitigated circumstances, it makes a lot more sense to deal with the problem of habituation. Image: Raita Futo/Flickr.

One would have hoped that the opinion piece by Phil Richarson, project manager at Human Wildlife Solutions (HWS) would have got down to brass tacks and described the true state of our urban baboons and how the system needs to change to bring some empathy and understanding for these beleaguered creatures.

Instead, we are taken on a personal journey of Richardson’s which is neither here nor there to any of us. What he should be explaining in fine detail is how it is justifiable within any civilised society to kill baboons in terms of the protocols. More than 402 baboons have died since 2012, of which 68 (according to HWS records when they held the contract on the Cape Peninsula from 2012 until September 2020) were killed in terms of the protocols. The other deaths were human induced, unknown, killed by hunting permit and natural causes. What a diabolical record of baboon loss. Our own record of baboons killed in terms of the protocols from 2012 to date is 78.

Human behaviour at every level has contributed to the demise of our baboons. Firm action should have been taken years and years ago to alter this behaviour. Yet here we are in the same “canoe without a paddle” and the same diatribe continues to be aired in the media with baboons being criminalised and unmitigated circumstances remaining unmitigated.

Why is there never any mention of the fact that we live in a declared  World Heritage Site, a floral kingdom of note and that baboons play an integral part in our biodiversity?

Why is Dr Richardson not calling for a new and positive new era for our Cape chacma?

These are his words: “The problem with urban baboons is that the natural order of things gets blurred when the baboons get over-habituated and lose their natural fear of humans. The minute a dangerous animal learns that it does not need to fear humans and, in fact, humans can provide some very nice high-energy food as well, then the problems start. The natural reticence has gone, and there is a big reward just waiting to be taken.”

That word “dangerous” conjures visions of aggression and baboons attacking people. It is a “dangerous” word used too often and too liberally to describe baboons. All it does is establish a particular mindset of fear among the public.

Dr Richardson again: “Having spent nearly 20 years either living with baboons in some of the deepest, wildest and most natural bush in Africa, or working with them on the edge of a huge African city (Cape Town), has taught us a great deal about these incredible animals.”

Yes, they are “incredible” animals, but during Dr Richardson’s tenure as service provider on the Cape Peninsula we heard first-hand the baboons being described as “gangsters” who must “feel pain” in order to get them under control. These iconic animals deserve better than this.

Dr Richardson: “We were never charged by baboons in the wild. But in Cape Town one quite often hears of male baboons charging people. Sometimes they even push people over, and occasionally stand over them with teeth bared, but still they seem reluctant to bite. As if they know that would ultimately lead to much bigger trouble. The problem with urban baboons is that the natural order of things gets blurred when the baboons get over-habituated and lose their natural fear of humans.”

What Dr Richardson has failed to mention are the circumstances under which such incidents may have occurred, nor has he given statistics of their frequency between 2012 and 2020.

There are statistics (from HWS monthly reports) which show many baboons have been electrocuted, attacked by dogs, poisoned, hit by cars and shot at with catapults, pellet guns and other weapons with fatal results. These incidents occur way too often, and we seldom find that the law takes its course and offenders are prosecuted.

We only hear about “baboon behaviour”. Why not discuss both sides of the coin?

Richardson again: “The minute a dangerous animal learns that it does not need to fear humans and, in fact, humans can provide some very nice high-energy food as well, then the problems start. The natural reticence has gone, and there is a big reward just waiting to be taken. Once the wild animal learns that there is very little to lose and lots to gain, the game is over.”

The term “dangerous” is a word we find hard to come to terms with. If you consider human behaviour towards these powerful animals, they continue to prefer flight over fight. We have seen this for ourselves over 11 years. If a baboon is provoked or is in a stressful situation they will react. Wouldn’t all of us do the same? Are we losing sight of the fact that they are wild animals because they are inside the urban edge more than they should be?

After all of these years, the “game” should be to completely overhaul the system. There is no point trying to build on a system which is clearly not working and is failing to keep the baboons outside the urban edge. How about discussing electric fencing as an option before it is too late?

“The worst part is the realisation of how easy it is for humans to totally ruin a whole troop of baboons within a very short space of time,” said Richardson.

Yes, we have to agree on this point, but if the authorities had put measures in place to deal with human behaviour years ago, the outcomes for baboons may well have been very different.

Activists and lobbyists have put forward many solutions for change to the system. These have not been considered. Quite the contrary. It appears activists and lobbyists are dismissed as nothing other than troublemakers and an obstacle to the baboon management system which the scientists hail as a huge success.

Richardson: “Feeding is an obvious recipe for disaster, although one can almost understand it if people are trying to be kind to the baboons. However, there can be no excuse these days for any deliberate prolonged habituation of a wild animal living within or just outside an urban area.”

It most certainly cannot in any way be understood that feeding baboons is “kind”. All it does is show a lack of education and deliberate ignorance by some.

We doubt very much that the baboons have considered any form of “belief” as regards humans. They are opportunistic and take the risk to access human food.

Speaking of betrayal, how can we accept that so many baboons have died in terms of the protocols, human-induced deaths and disappearances since 2012 and not consider that the supreme betrayal? Yet it carries on as we speak.

We have all failed our baboons by our lifestyles and the lack of commitment by the authorities to implement measures to give our Cape chacma a chance to survive on the peninsula by changing human behaviour.

Baboons are considered an “animal nuisance”. With that label, how do they stand a chance? There are no safety nets in place for our Cape chacma. No, this system does not work.

We do question the timing of Dr  Richardson’s article to start declaring our baboons “dangerous” through habituation which has been allowed to happen for all the reasons we have offered above.

It certainly appears there have been no lessons learnt. Let us rather deal with the prevention of habituation. It makes a lot more sense than declaring baboons ‘dangerous’ amidst monumental unmitigated circumstances. This coupled with a lack of understanding of our baboons by those who do not consider the consequences of their actions.

The current dialogue is beyond threadbare and the public and other stakeholders have become saturated by the “same old, same old” across the media. We need to move on to new beginnings for our baboons, communities and all stakeholders.