By NewsroomNovember 23, 2021Anti-poaching, Conservation
No Comments 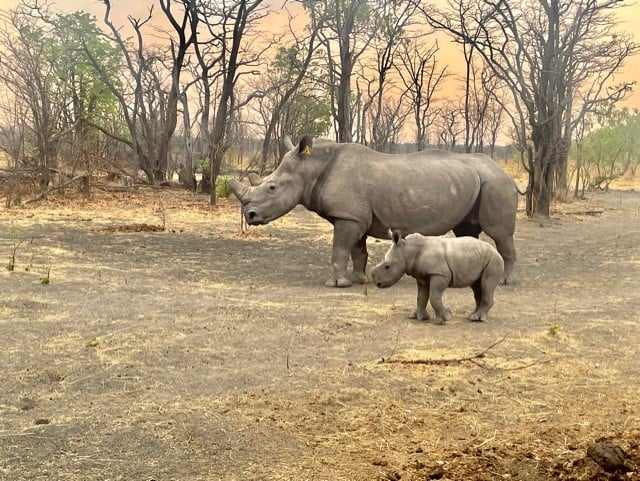 Rhinos are disappearing at an alarming rate and Zambia’s Rhinoceros population was sadly completely wiped out in 1989 as a result of poaching. “The SKF Zambia team is committed to bringing awareness to this poaching scourge and to doing our part in protecting and saving these majestic animals for future generations,” declares Mel Patel, Key Accounts Manager at SKF Zambia.

“In light of this, we decided to approach Sukulu Nature Reserve to find out how we can assist them with Rhino Conservation. Imagine our excitement when Sukulu invited us to assist them in naming a little baby Rhino who was born on the Reserve on the 22nd of September 2021!”

The name Zlatan, which in Swedish means ‘to dominate/to be on top/to excel’, was suggested for the little Rhino. “We felt that it was so appropriate because SKF, a Swedish company, strives for nothing less,” adds Mel.

Sukulu had also created a website inviting the general public to name the little new-born Rhino and to make a donation, in an effort to raise funds for Rhino Conservation. The highest bidder would be invited to the Reserve to join them during Zlatan’s health check and microchipping procedures. “As SKF Zambia was the highest bidder, this honour and privilege falls to us,” says an elated Mel. He, together with a delegation from SKF Zambia, will be assisting the medical staff and game rangers at Sukulu during these procedures in the first week of May 2022.

“We are so proud of our new little addition to the SKF Zambia family and we look forward to meeting Zlatan in May next year; he will then be eight months old! We hope that through our support, we have helped in some small way to raise awareness of the plight of our precious Rhinos,” concludes Mel.

Established in 2012, family-owned and -operated Sukulu Nature Reserve protects several thousand hectares of pristine landscapes and ecosystems in Zambia. The Reserve is home to a multitude of species of game animals, bird life and a variety of safari vistas. Sukulu was responsible for the relocation of a white Rhino breeding herd to Zambia in an effort to establish the first ever Zambian breeding programme.