By NewsroomFebruary 8, 2020Conservation
No Comments

JAKARTA: Indonesia’s environment ministry says it’s willing to revive a partnership with WWF after abruptly terminating its long-running cooperation with the conservation NGO over a perceived social media slight.

But a top ministry official conditioned such a move on WWF’s local office addressing the ministry’s concerns about its work, improving communications, and not trying to score social media points.

“If [WWF Indonesia wants] new MOU, then go ahead,” Wiratno, the environment ministry’s director-general of conservation, told reporters in Jakarta. “[The opportunity] is still open. But I suggest WWF to do self-evaluation on what they’ve done that have raised the ministry’s concerns.” 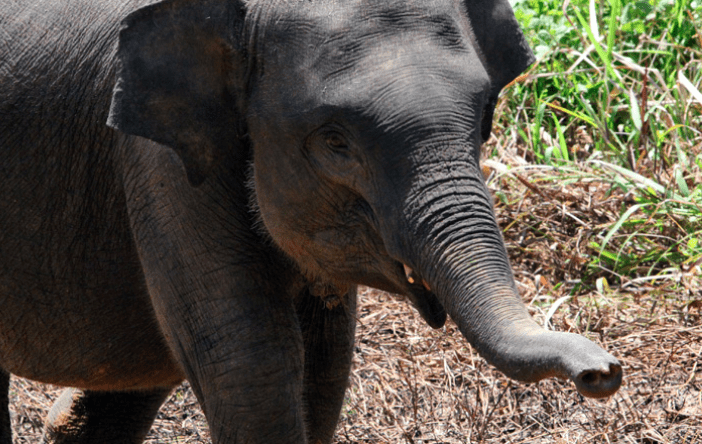 Wiratno’s statement came after the ministry formally published its decision last month to end its partnership with WWF Indonesia on forest conservation, signed in 1998 and due to expire in 2023. It cited violations by WWF Indonesia of the terms of the agreement, including the NGO’s work on issues beyond those defined in the memorandum of understanding.

Wiratno cited the case of Bukit Tigapuluh National Park in western Sumatra, where WWF Indonesia had since 2015 been responsible for a forest restoration project. The project site was one of several areas burned by forest fires in 2015 and again in 2019. The ministry sealed off the concession after the latest burning last September, in what Wiratno called evidence that WWF Indonesia had failed to carry out its task of conserving the area.

“If [they] have an ecosystem restoration area to manage, then they shouldn’t have let it burn,” he said. “Working on the ground [to prevent fires] is very important.”

Wiratno also addressed the aftermath of the burning, which appeared to be the catalyst for the termination of the partnership. He criticized social media posts by two popular actresses who had served as ambassadors for WWF Indonesia and who had notably omitted mentioning the ministry when crediting WWF Indonesia and others for working hard to fight the fires. The ministry had condemned the posts for painting it in a bad light, and Wiratno said WWF Indonesia should focus more on educating the public rather than using celebrities to score points on social media.

“Some of our personnel died [fighting the fires],” he said. “There’s no need to use artists. We’ve gone all out on the ground [to extinguish the fires]. Us working in the field is cooler than just talking on social media.”

Wiratno said WWF Indonesia also needed to improve its communication with the ministry, after failing to report its activities on a routine basis.

“There should be a yearly evaluation [of WWF Indonesia’s operations],” Wiratno said. “[Meetings] should be held together, including with partners. [The communication is] not intensive enough.”

Another reason cited for the termination of the partnership was that WWF Indonesia had been working on initiatives outside the scope of the original MOU, which focused on forest conservation. Wiratno acknowledged that this scope of work was too restricted, given the number and variety of conservation challenges that have arisen since that original agreement was signed more than 20 years ago.

A new MOU, drafted once WWF Indonesia can address the ministry’s concerns, should allow a wider scope that could potentially include climate change and waste management, Wiratno said.

WWF Indonesia’s acting CEO, Lukas Adhyakso, welcomed the opportunity to restore the partnership with the ministry under a broader brief. He also said it was regrettable that the original MOU was terminated instead of simply revised, given the impact on the various projects that WWF Indonesia administers throughout the country.

“We’re still calculating the impact, but what’s serious is the fact that we have expertise that we contribute [to forest conservation],” he said. “Now we have to stop our conservation [work] in areas that fall under the authority of the environment ministry.”

WWF Indonesia has five decades of experience in forest and wildlife conservation in the country, run through 24 field offices across the archipelago. It’s been involved in describing 400 new species of plants and animals in Borneo; one of its most prominent recent roles has been the capture, for the first time ever, of a wild Sumatran rhino (Dicerorhinus sumatrensis) in Borneo for a planned captive-breeding program.

But that program, one of 30 that WWF Indonesia has been forced to withdraw from as a result of the partnership termination, is now in limbo: while WWF Indonesia is prohibited from being involved, the rhino sanctuary continues to depend on its veterinarians and keepers to care for the rhino.

“Some [outside conservationists] have expressed [their concerns] and lamented [the ministry’s decision],” Lukas said. “We have the expertise that they need and we actually also need them. So it goes both ways.”

Another program that’s at risk is a peatland restoration initiative in Sebangau National Park in Central Kalimantan province, home to critically endangered Bornean orangutans (Pongo pygmaeus). Prior to being designated a national park in 2004, the area was a logging concession. The companies that operated it dug a network of canals to drain the peat soil, drying out the thick ground layer of semi-decomposed vegetation and rendering it highly prone to burning.

WWF Indonesia was tasked with blocking the canals and rewetting the land. Now, however, without the group’s involvement, that project could be compromised “in the blink of an eye,” Lukas said.

“Maybe the [canal blockers] will get stolen, and if the water table is lowered there’ll be great fire risks,” he said. “We’re not saying we’re the only ones [protecting the peat forest], but what we’re contributing is huge.”

WWF Indonesia’s partners on the ground have also raised concerns about how to pay to continue these projects, given the significant amount of funding that the organization has historically contributed. WWF Indonesia spends about 350 billion rupiah ($25.6 million) each year on its conservation activities.

Some of that money goes toward monitoring and protecting critically endangered Javan rhinos (Rhinoceros sondaicus) at Ujung Kulon National Park in Java, where the NGO began its conservation work in Indonesia in 1962.

Anggodo, the head of the national park agency, said the park might face financial constraints without funding from WWF Indonesia, which last year paid for 10 months’ worth of ranger patrols in the area.

“There’s a likelihood that [our] operational budget will only be enough for the next two months,” he said as quoted by Tempo magazine. “We’ll have to cover the rest with other partners because WWF [Indonesia] is not here anymore.”

At Bukit Barisan Selatan National Park in Sumatra, WWF Indonesia has had to lay off 20 rangers tasked with protecting critically endangered Sumatran elephants (Elephas maximus sumatranus) from being killed in conflicts with humans.

“I’m sad that I can’t enter the national park anymore because there’s a ban,” said Rusmani, a member of the team.

The termination of the partnership puts greater onus on the Indonesian government to fund and administer the various conservation programs that WWF Indonesia has had to withdraw from.

“Maybe it’s already time for a transition, [for these programs] to be returned to the government,” said Alexander Rusli, chair of the WWF Indonesia board. “Maybe our role is not much needed anymore like at the beginning.”