By NewsroomSeptember 3, 2019Land conservation
No Comments

BANDA ACEH, INDONESIA: A court in Indonesia has annulled a permit allowing the development of a $3 billion hydropower plant in a forest that’s home to critically endangered tigers, rhinos and orangutans.

The court in Banda Aceh, the capital of Aceh province on the northern tip of Sumatra, issued the ruling Aug. 28, in a lawsuit filed in March by the Indonesian Forum for the Environment (Walhi), the country’s biggest green NGO. The respondents in the suit are the Aceh provincial government, which issued the permit, and PT Kamirzu, the Indonesian subsidiary of Hong Kong-based Prosperity International Holding, the recipient of the permit.

The ruling orders the developer and the provincial government to stop the project to build a 443-megawatt plant on 4,407 hectares (10,890 acres) straddling the three districts of Gayo Lues, Aceh Tamiang and East Aceh. The Aceh government violated prevailing regulations, the court found, by permitting the development of forest land greater than 5 hectares (12 acres). Earlier during the hearings, the judges visited the site of the planned Tampur hydropower plant.

“This means that, besides being objective in assessing and making the decision, the presiding judge has given a new legal lesson for the people of Indonesia,” said Muhammad Reza Maulana, the legal counsel for Walhi’s Aceh chapter. 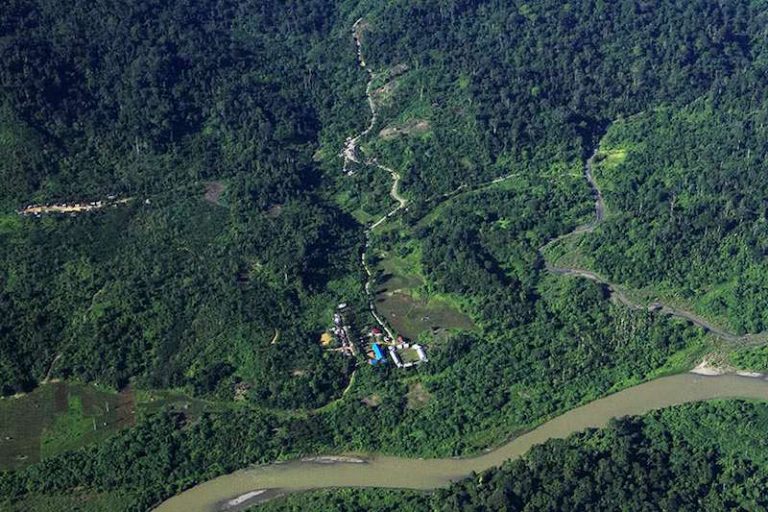 Residents of Aceh Tamiang and East Aceh who would have been affected by the dam also welcomed the ruling. Damming the upstream section of the Tamiang River would have adversely affected the livelihoods of several communities that rely on the river downstream. It would also have forced the relocation of villages in areas set to be flooded by the dam’s reservoir.

The project was widely opposed by residents on these grounds, while environmentalists have criticized the lack of nature protection and conservation. They note that the required environmental impact assessment carried out by the developer failed to evaluate natural risks, such as earthquakes and flash floods.

The latter is already a serious problem here, where the annual rainfall exceeds 2,300 millimeters (91 inches) — double the amount of precipitation that falls in Portland, Oregon. In 2006, heavy downpours triggered a flash flood in Aceh Tamiang district, killing 28 people and displacing more than 200,000 from their homes. Damming the river could make similar flooding events upstream even more destructive, activists say.

Critics also highlighted the lack of wildlife protections in the environmental impact analysis — a key oversight, given the dam’s location in the Leuser Ecosystem. The heavily forested region is highly biodiverse, and is the last place on Earth where Sumatran tigers, rhinos, orangutans and elephants — all critically endangered species on the brink of extinction — still coexist. Another criticism of PT Kamirzu’s permit is that it remains unclear whether the developer has finished mapping the forest areas that would be affected by the project.

Maksum, a resident of Aceh Tamiang, said he was opposed to the dam because the developer had failed to engage with the community. He also said he was concerned the dam would exacerbate environmental disasters in the region.

“We don’t want it, especially with the dam’s location being very close to people’s settlements,” he said at a discussion with the environmental NGO Forest, Nature and Environment of Aceh (HaKA) in Banda Aceh in late 2017.

Officials from the Aceh provincial government visited a village in Gayo Lues on Aug. 19 this year that was expected to be affected by the dam development. During the visit, the officials expressed their support for the project as long as it used the most advanced technology and didn’t damage the environment.

“What we must monitor is the methods which [the developer] apply to the project,” said Nova Iriansyah, the interim Aceh governor. “There will be an agency to monitor it. The hydropower plant has more benefits than disadvantages.”

Nova said the current electricity supply in Aceh was sufficient to meet demand, but that would increase in the future. “This hydropower plant is important, and the biggest in Sumatra,” Nova said.

But the statement met with disappointment from residents of East Aceh district.

“The development will damage the environment,” said Mahmud, a resident, adding that he didn’t know of any hydropower project that didn’t harm the environment. “They’re going to build a dam and flood more than 4,000 hectares of forest. That is the problem.”