JAKARTA: The Indonesian office of international conservation NGO WWF has expressed shock at the termination of its forest conservation partnership with the country’s environment ministry, three years before it was due to expire.

“As written in the agreement letter, the end [of the partnership] is in 2023,” Kuntoro Mangkusubroto, the head of WWF Indonesia’s steering committee, said at a press conference in Jakarta on Jan. 28. “Why [at the end of] 2019 was it suddenly cancelled? We’re wondering, but until now, there’s no answer.

“The termination of the working agreement letter from the Indonesian government is a serious matter,” Kuntoro added. “We’re shattered because we are a reputable organization.” 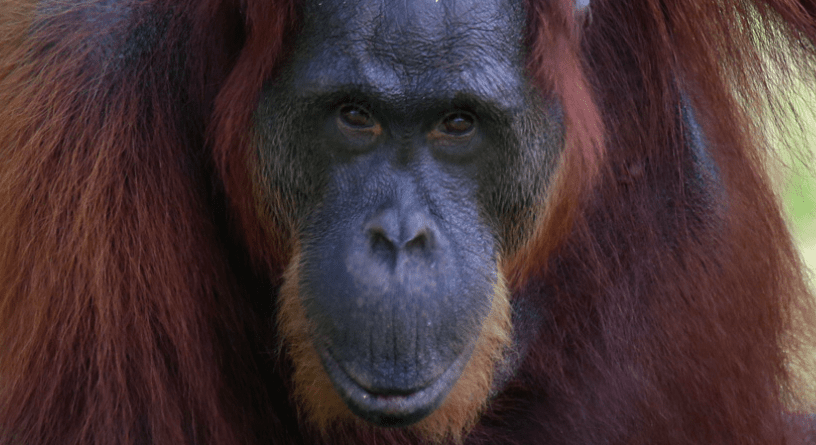 Djati Witjaksono Hadi, a spokesman for the environment ministry, told Mongabay that the memorandum of understanding with WWF Indonesia, in effect since March 1998, was “no longer appropriate and has to be revised.”

He said the decision to terminate, published on the ministry’s website on Jan. 10, followed an evaluation carried out since December 2018 and that WWF Indonesia had been notified about the impending move in March 2019.

Under Indonesian law, all NGOs with a permanent presence in the country need an MOU to carry out field work with the ministry. In WWF Indonesia’s case, that partnership was due to expire in 2023, but the ministry decided to terminate it at the end of 2019, three years ahead of schedule.

Kuntoro, a former energy minister, said he was shocked at the environment ministry’s decision but would respect it. He said WWF Indonesia would speed up the handover of affected projects to the authorities, and would remain committed to supporting the government’s push for sustainable development.

WWF Indonesia has 24 field offices in the country and employs 500 people working on various programs. It has ongoing cooperation agreements with other government institutions, including the fisheries ministry, the rural development ministry, the home affairs ministry, the land ministry, the peatland restoration agency, and various local governments. All of these are unaffected by the termination of the agreement with the environment ministry.

‘Violation of Scope of Work’

The ministry’s official reason for ending the partnership is that WWF Indonesia violated the terms of the agreement, including by working on issues beyond those defined in the MOU.

“In the MOU, the scope of work [for WWF Indonesia] is only about conservation and biodiversity, but WWF Indonesia’s work includes all aspects [of the environment], including landscape, climate change, waste, etc.,” Djati said.

He added the ministry also found WWF Indonesia was working in some locations without permission and without reporting to the ministry.

WWF Indonesia acting CEO Lukas Adhiyakso acknowledged that the NGO’s activities had “developed in accordance with the current situation” to include work on environmental issues outside of forest conservation.

He said the MOU was signed in 1998, with what was then the forestry ministry, long before its 2014 merger with the environment ministry. As such, he said, the MOU’s strict focus on forest conservation should have been revised, rather than scrapped altogether, to reflect the changing environmental priorities since then.

Djati said WWF Indonesia had also claimed some achievements by other parties as its own, which he called disrespectful.

“Cooperation should be based on Indonesian law and regulation as well as mutual respect,” he said.

That latter reason for the termination appears to allude to public criticism of the environment ministry last year after it was perceived not to be doing as much as WWF Indonesia and other parties in tackling forest fires in an important national park.

The fires, the worst in four years, razed nearly 16,000 square kilometers (6,200 square miles) of land nationwide — an area half the size of Belgium. One of the affected areas was Bukit Tigapuluh National Park in western Sumatra. The park contains one of the last large intact swaths of dry lowland forest in Sumatra, a landscape that has almost disappeared across the island, and is one of the last refuges for three of the four flagship Sumatran megafauna species — orangutans, elephants and tigers — along with at least 250 other recorded mammal and bird species.

Last August, popular Indonesian actresses Luna Maya and Wulan Guritno posted about the fires at the park on their social media accounts. They said the fires had worsened but that some groups, including WWF Indonesia, local residents, disaster response workers and the police and military, were working to put them out. They also called the attention of President Joko Widodo and his environment minister, Siti Nurbaya Bakar.

Wulan was appointed one of WWF Indonesia’s celebrity ambassadors last year, while Luna was an ambassador in 2008.

The ministry condemned the actresses’ statements as painting it in a bad light, saying it had done its best to extinguish fires and that some of its personnel on the ground had died during those efforts. It also pointed out that the burned area inside Bukit Tigapuluh had been managed by WWF Indonesia under a forest conservation permit since 2015.

Therefore, the ministry said, WWF Indonesia was the party that had failed to protect the national park, which was also affected by fires in 2015. Following the latest burning, the ministry sealed off WWF Indonesia’s concession in the park last September.

“WWF Indonesia has a concession and it was burned and they couldn’t manage it,” Djati said. “And yet they conducted a social media campaign continuously and negated the government’s efforts and discredited us.”

An executive for the company partnering with WWF Indonesia to manage the concession said the fires there were likely caused by people illegally encroaching into the area and clearing it by burning. Kuntoro said WWF Indonesia had done its best to extinguish the fires, adding, “If we’re not perfect, then we apologize.”

The NGO has also questioned the manner in which the termination was carried out. It said it was unaware of the ministry’s intention until October 2019, despite the ministry saying it had notified WWF Indonesia in March of that year.

Lukas said it wasn’t clear from either of the letters what violations the organization was accused of having committed. He added they also never received the result of any review carried out by the ministry.

Following receipt of the letters, WWF Indonesia officials tried to arrange a meeting with Siti, the environment minister, but were rejected multiple times, Kuntoro said.

“We said we’re sorry but please explain to us what we violated, but there’s no response [from the ministry],” he said.

He said it was the unilateral nature of the decision, without any opportunity for WWF Indonesia to have a say, that surprised him the most.

“Can’t we discuss this first?” he said, adding that the organization was willing to listen and learn. “I think discussion is a good thing because we can improve ourselves.”