By NewsroomOctober 8, 2019Uncategorized
No Comments

JAKARTA: Despite international condemnation, public flogging is a common punishment for a range of offences in the conservative region on Sumatra island, including gambling, drinking alcohol, and having gay or pre-marital sex.

Aceh is the only region in Indonesia, the world’s biggest Muslim-majority country, that imposes religious law.

The punishment — expected to come into effect early next year — could see people convicted of endangering or exploiting wildlife receive up to 100 strokes from a rattan cane, in addition to any prison time under national laws, officials said.

Civil servants charged with protecting animals could be whipped as many as 60 times if they are found to be negligent in their duties. 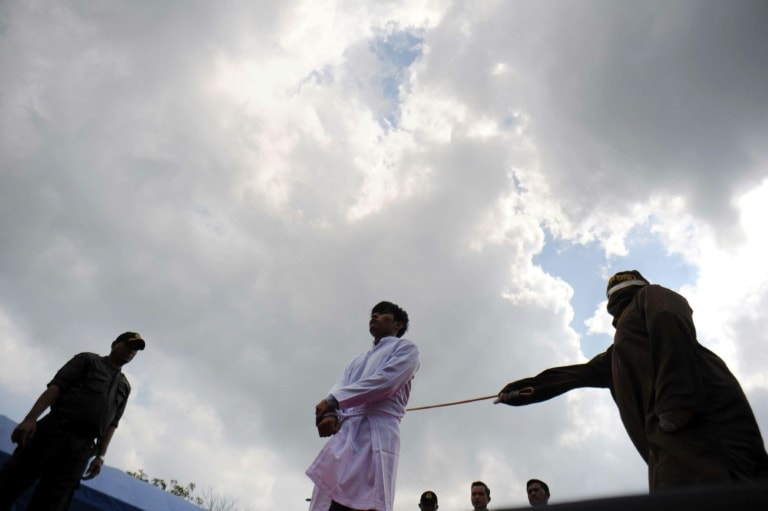 In July, three people were flogged 100 times each for having premarital sex, while two men caught having sex with underaged girls were also whipped 100 times last year. Other offences tend to carry dozens or even fewer lashes.

Aceh lawmaker Nurzahri said the harsh new punishment underscored efforts to clamp down on poaching and other threats to local wildlife, including birds endemic to jungle-clad Sumatra.

“Maintaining nature and its balance is part of Islamic law,” the politician, who goes by one name, told AFP on Friday.

“Aceh is the centre of biodiversity in Sumatra and it’s the habitat of some animals like Sumatran orangutans, rhinos, elephants and tigers,” he added.

Rights groups have slammed public caning as cruel, and Indonesia’s President Joko Widodo has called for it to end, but the practice has wide support among Aceh’s population. About 98 percent of the region’s five million residents are Muslim.