Innovation for conservation as rhinos battle for survival

By NewsroomMay 9, 2020Science and technology
No Comments

What we are going to do about the species we have put into danger of extinction is a question facing many conservationists today – and some of the answers are forthcoming from Helping Rhinos, which is forging innovative conservation, community and education initiatives to ensure the long-term survival of the rhinoceros and other endangered wildlife in their natural habitat.

There is some evidence that Jurassic Park-like de-extinction – also known as resurrection biology, or species revivalism – could work, but it hasn’t fared well so far, which makes conservation work even more vital.

In 2003, a kind of wild goat known as a bucardo, or Pyrenean ibex, was brought back to existence by a team of Spanish and French scientists. The last bucardo – which had roamed high in the Pyrenees for thousands of years – died in 1989, and some of its cells were stored. Those cells were injected into goat eggs emptied of their own DNA before being implanted in surrogate mothers. 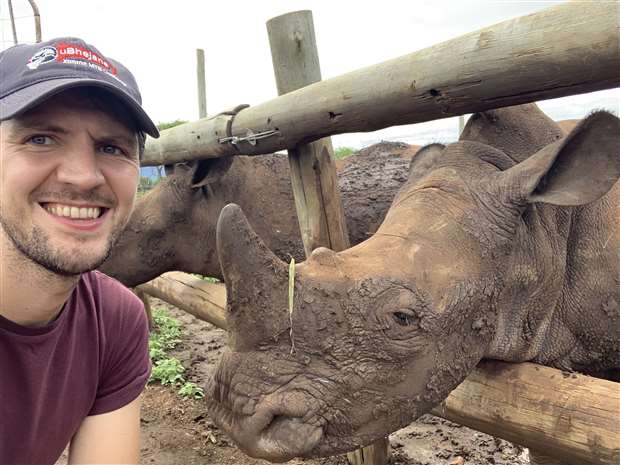 The only infant bucardo of 57 such implantations survived just 10 minutes after birth. A necropsy revealed “a gigantic extra lobe as solid as a piece of liver”, according to a National Geographic report.There are also some hopes of bringing a dodo back to life. The dodo became extinct in 1681 but in 2007 a very well-preserved skeleton was discovered on the island of Mauritius – but neither practical nor ethical considerations have been resolved.

Given the false dawn that such prospects involve – extracting and encoding DNA is still in its infancy – the approach now is to use every available option to ensure the survival of the existing species chains.

Work continues via the Cambridge-based David Attenborough Building to encourage and assist conservation work across the world. Cambridge has a particular connection with the rhino thanks to schoolboy Frankie Benstead’s RhinosUp group, whose progress we have recorded in this newspaper for three years. However, the cause suffered a massive setback in 2018 when Sudan, the last male northern white rhino on Earth, died.

Frankie’s fundraising efforts since have been focused on raising funds for Ol Pejeta Conservatory, a 400-square kilometre safe haven for wildlife, including rhino, in the Laikipia region of Kenya. It is home to the largest population of black rhino in East Africa. Ol Pejeta is also supported by Helping Rhinos and conservation innovator Fauna & Flora, which is based at the David Attenborough Building. There has been some crossover work which Helping Rhinos trustee Stuart Clarke, who lives off Hills Road, has described to the Cambridge Independent.

“The three big pushes we have at the moment are an interactive programme for children, which we’ve ramped up since the pandemic started,” says Stuart. #BeMoreRhino is an interactive suite of activities for everyone to do at home to learn more about rhinos and their conservation, and includes an art challenge which closes on June 30.

“Secondly, as a consequence of Covid-19, wildlife reserves face a bleak future, with funding down – tourism has effectively stopped, and corporations are cutting back on their CSR [corporate social responsibility] activities. To help, we have a ‘Name a Baby Rhino’ competition in partnership with the Kariega Foundation.”

The Kariega Game Reserve, which is based on the Eastern Cape in South Africa and has two rivers running through it, is home to a multitude of wildlife including hippo, giraffe and zebra as well as being a paradise for birdlife, including resident and migrant birds. The reserve became familiar to the public in 2012 as a result of an attack on three rhinos for their horns, which are bought and sold largely in the Asian markets in Vietnam, China, South Korea, Taiwan and Japan. One died immediately, a second shortly after and only Thandi survived long-term.

“In 2012 Thandi was attacked by poachers,” explains Stuart. “Her face was brutally ripped off, and she had ground-breaking surgery. She’s since had three baby rhinos, so we’re raising money via ‘Name a Baby Rhino’ to the end of May – it’s £10 per entry.”

The prize is a trip – at some point – for two to the Kariega sanctuary.

“Thirdly, the big message of the charity is sustainability. We launched a coffee brand a while ago, HORNi, from coffee on a Tanzanian farm. You order directly and all the profits go back into the charity.”

Other activities include a special re-recording of the song Survivor by UK duo Crimson Medici, with all royalties and sales going to the charity.

The rhino is not directly involved in the coronavirus outbreak, but the species relies on conservation work in national parks, game reserves and conservatories. With the collapse of tourism in these African countries, the work for their survival requires different means of support.

Alison Mollon, Africa director of operations for Fauna & Flora International, said: “Innovative ways of funding conservation for rhinos – or indeed any other species – are to be welcomed at this time of crisis. We are working hard with communities and conservancies to ensure rhinos continue to receive the protection they need now more than ever.

“Protection of nature is an investment in our human health and well-being as well, so it’s important that funding for conservation is prioritised by governments and international organisations moving forward. Individual donations can also make a big difference.”