By NewsroomNovember 28, 2019Anti-poaching, Conservation
No Comments

Rhinos have become the latest of Botswana’s endangered species being targeted by poachers who seem to have found a way of evading law enforcement agents in the Okavango Delta in the north of the country.

The southern African nation has previously been touted as the next Noah’s Ark for rhinos in Africa and appeared to be on course to achieving just that, judging by notable successes in the fight against poaching of the previously endangered elephants.

In the past Botswana used to battle an increase in elephant poaching but that seems to have subsided and now poachers have turned their focus to rhinos.

A senior official has revealed that they are battling a sudden surge in poaching incidents as poachers have broken into the southern nation’s prime tourism concession, killing six endangered rhinos within a month. 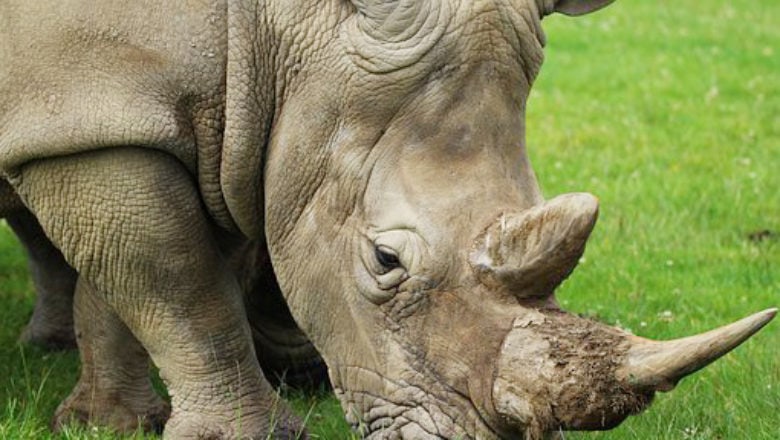 Wildlife Coordinator at the Department of Wildlife and National Park, Mmadi Reuben said the country has lost about 16 rhinos to poachers since April. Six cases of rhino poaching were recorded between October and November alone.

Reuben attributed the surge in rhino poaching in recent months to the increasing number of rhinos in the country following a decision to relocate some black and white rhinos from neighbouring countries.

Another contributing factor, Reuben pointed out, is the effects of the Eli Nino-induced drought, he said. He said some of the animals are being forced to wander off from safe areas to places that are unsafe in search of water and vegetation.

“In the process, they come face to face with poachers. That is why recently the government has committed some resources to help these animals by feeding them and drilling wells,” he said.

He said the latest casualties were among the rhinos recently relocated from South Africa to Botswana – ironically running away from poachers.

Working together with the government in South Africa and with conservation agencies in that country, Botswana was seen as a safe haven for the white and black rhinos.

Botswana has a zero-tolerance approach to poaching and previously operated a “shoot-to-kill” policy against perpetrators. But some conservationists claim that the decision to withdraw arms of war from the country’s anti-poaching units on patrol along the country’s borders with its neighbours has contributed to the escalating poaching problem.

As part of the efforts to address the increasing number of poaching incidents, Reuben said the government was sensitizing communities living in the places where rhinos are found to be on the lookout for suspicious individuals.

“They are being told that as soon as they suspect that those individuals are up to something, they have to inform law enforcement agencies which are monitoring the movement of these animals,” said Reuben.

He further stated that the government is strengthening the monitoring of movement of the rhinos as part of efforts to detect incidents of poaching.

Delivering the State of the Nation Address on 18 November, President Mokgweetsi Masisi stated that the government continues to build capacity to counter the growing threat of wildlife poaching and trafficking.

Poaching is escalating in the region, driven by demand for rhino horn in Asian countries, and authorities are overwhelmed.

On its website, Rhinos Without Borders said it recently, working with the Botswana government and some conservation groups, completed an operation to dart and tag wild rhinos in the Okavango Delta.

Under the operation each rhino was fitted with a tracking device as well as taking body measurements and DNA samples as well as clipping ear notches on the rhinos that make it easy to identify the animals.

However, despite all the efforts to protect the rhino it appears as if the poachers are a step ahead of the Botswana authorities and its well-wishers.