By NewsroomNovember 24, 2021Anti-poaching, Science and technology
No Comments 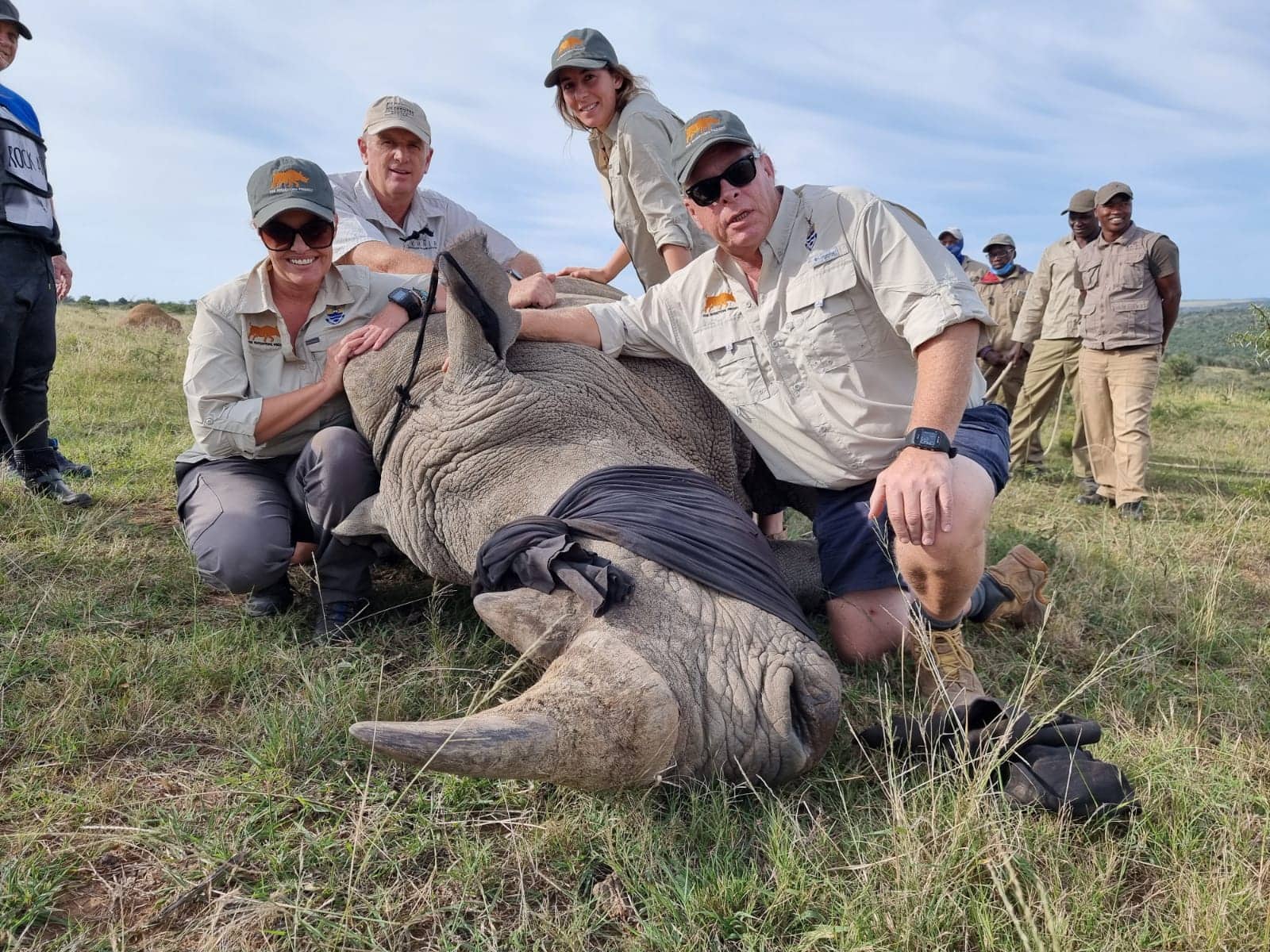 After the success of the first phase of the Rhisotope Project, Russias integrated nuclear power major Rosatom has initiated the community outreach programme in Paterson, Eastern Cape, South Africa.

The Rhisotope Project is a global collaborative and innovative project using nuclear science to prevent/reduce rhinoceros poaching that was launched in May this year at the Buffalo Kloof Private Game Reserve, South Africa, which is also an important collaborator in the project, Rosatom said.

Under the project’s first phase, a trace amount of completely harmless stable isotopes was carefully introduced into the horns of two rhinos.

“Scientifically, Phase 1 of the Rhisotope Project demonstrated that radioisotopes deposited into the horn of the rhino remain in the horn and do not move back into the animal. This demonstrates that the project will be safe for the animals, marking a very key milestone in the project. Phase 2 of the project is planned to commence in January 2022,” Rosatom said.

According to Rosatom, the next phase, the community outreach initiative, is underway. On November 16, a largescale aquaponics unit, situated in Paterson, was launched.

Aquaponics is a system of growing fish and plant together.

“The Rhisotope Project has reached the first major milestone in being able to demonstrate to the regulator, the university’s animal ethics committee, and stakeholders in the welfare of rhinos that it is completely safe for the animals,” said James Larkin, Director of Radiation and Health Physics Unit at the University of Witwatersrand, and the founder of the Project.

The founding sponsor of the Rhisotope project, Rosatom, launched the aquaponics unit, as well as the education programme in the Eastern Cape.

The Aquaponic system was installed by leading aquaponic speacialists La Pieus Aqua (LPA). The local company is renowned for installing systems at schools, community projects and sites around Africa.

The CEO of LPA is an 18-year-old ecology activist, Rikalize Reinecke, who started her own aquaculture and aquaponics farm in 2014.

“Aquaponics is the most innovative farming method of the new century. This system gives you the opportunity to process food in your backyard and generate an income. One system can feed a family of four to six people sustainably,” said Reinecke.

According to Rosatom, all produce from the greenhouse will go to feed the families of the local volunteers, supply healthy and nutritious vegetables to a local soup kitchen and orphanage, as well as sell fresh produce to local lodges to keep the system sustainable. The first harvest from the unit has already been sold to the nearest Safari Lodge and generated its first income.

The Rhisotope Project is multifaceted and relies on the following key principles, demand reduction and horn devaluation, community upliftment and investment, education as well as rhino research and data collection.

By focusing on these principles, the project aims to decrease the demand for rhino horn on the international market as well as make the horn more detectable when crossing international borders.

With over 10,000 radiation detection devices installed at various ports of entry across the globe, experts are confident that this project will make the transportation of horn incredibly difficult and will substantially increase the likelihood of identifying and arresting smugglers.

Once the research work has been completed and a proof of concept has been demonstrated, this technique will then be offered to both state and private rhino owners on the African continent and globally.

The intellectual property as well as training and assistance will be made freely available to conservation organizations who may wish to utilize this process to further protect their animals from poaching, Rosatom had said earlier.

According to Ryan Collyer, CEO of Rosatom Central and Southern Africa, the aquaponics principle is based on the concept of sustainable development and environmental responsibility, which is directly in line with Rosatom’s core values.