By NewsroomDecember 12, 2019Conservation
No Comments

On November 23, Iman, the last Sumatran rhino of Malaysia, died, making international headlines. But while the country is mourning, hope pours in from neighboring Indonesia where the population of Javan rhinos has risen to 72 individuals.

The Sumatran rhinoceros (Dicerorhinus sumatrensis) and Javan rhinoceros (Rhinoceros sondaicus) are both critically endangered species. Habitat loss, degradation, and fragmentation, and poaching have severely decimated the populations of both these rhino species. Once widespread through most of Asia, these rhinos are today confined primarily to the eponymous Indonesian islands of Sumatra and Java.

Iman was a female Sumatran rhino, about 25 years old, who was captured in 2014 and placed under extreme protection and care at the Borneo Rhino Sanctuary at Tabin Wildlife Reserve in Malaysia’s Sabah state. She died of natural causes.

The number of remaining Sumatran rhinos in the wild is largely unknown as the population is severely fragmented. It is estimated that there are fewer than 100 individuals of this species remaining in the wild, mostly in Indonesia, and around 8 in captivity. Some estimates even put the number as low as 30. The lack of knowledge makes it nearly impossible to monitor the trends in population of this rhino species.

In February, Indonesian authorities arranged an exercise for Sumatran rhino researchers to conduct an official count of the species in the country. Results are believed to arrive in three years’ time. Hopefully, the program will give a more accurate picture of the Sumatran rhinos to allow conservation groups to save them in time. 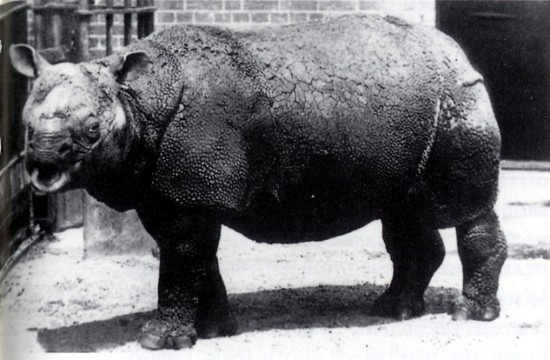 The population of Javan rhinos is, however, under strict monitoring as they survive only in the Ujung Kulon National Park (UKNP) on the island of Java, Indonesia.

On Friday, Indonesia’s Ministry of Environment and Forestry declared in an announcement that the population of Javan rhinos in UKNP had increased to 72 individuals.

The present count obtained through surveys conducted through the end of September exhibits an increase from 68 individuals reported in the last survey. Four new rhino calves were reported in this count! A decade ago, the population of Javan rhinos in UKNP was only 50 but has grown gradually since then. At least one new calf has been counted every year since 2012.

The population in the park appears to have stabilized. Over 20 years have passed without any poaching being reported at the park. The role of the Rhino Protection Units (RPUs) in guarding the world’s last Javan rhinos in UKNP is thus highly commendable.

In 2011, the UKNP authorities launched the Arenga palm removal program that also had positive effects on the resident rhino population. Although the plant occurs naturally in UKNP, it is fast-growing and chokes out other native plants including the favorite food plants of the rhinos. The program was successful in allowing a more secure food resource for the park’s rhinos.

According to the International Rhino Foundation: “The Government of Indonesia and Ujung Kulon National Park have remained steadfast in their commitment to saving the Javan Rhino from extinction. Thanks to these efforts, we have hope for Javan rhinos.”