By NewsroomFebruary 11, 2021Global conservation
No Comments 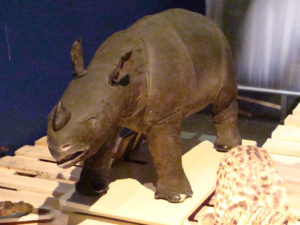 The minister was responding to a question by opposition Congress MLA, Kangujam Ranjit Singh of Sugnu assembly constituency, on the fourth day of the 12th session of the 11th Manipur assembly on Monday.

Javan Rhinoceros was last sighted at Khuga area of the state in the early 20th century while Wild Ox (Santhou) was seen about 50 years ago near Indo-Myanmar border, as per the official records, said a senior official of the Manipur forest department.

Similarly, the Pink Headed Duck was spotted last at Loktak lake some 50 years ago and Manipur Jungle Bush Quail had not been seen in the wetlands since the last 10 years, the official added.

On the question of wildlife conservation activities in the state, he said the forest department has been maintaining a record about its wildlife by conducting an annual census.

Earlier, replying to another question on conservation of Ikop-pat, Kharung-pat, Loushi-pat and Waithou-pat wetlands in the state, Awangbow said the wetlands development programmes will be taken up once the government notifies the wetland areas as per the Wetland (Conservation Management) Rules, 2017.

There are many important wetlands in Manipur including Loktak, the largest freshwater lake in northeastern India.