By NewsroomMay 9, 2020Conservation
No Comments

The two rhino births which were registered in Nairobi and Ruma National Parks will be an addition to the rising numbers of the black rhinos in the country. 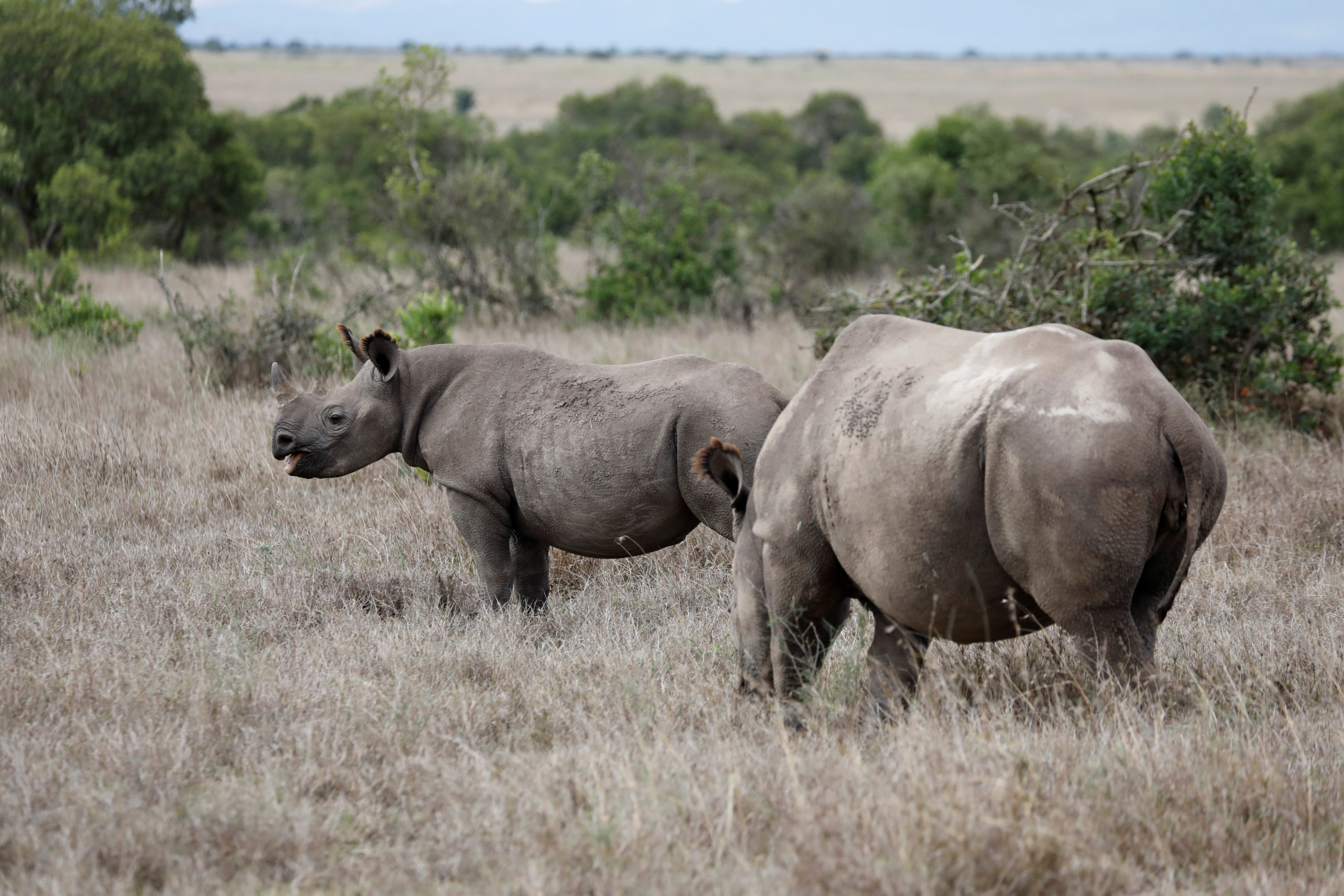 Original Photo as published by CGTN. A black rhino calf (L) and its mother are seen at the Ol Pejeta Conservancy in Laikipia national park near Nanyuki, Kenya. REUTERS/Baz Ratner

“Even as the world grapples with adverse effects of COVID-19 virus we have a reason to smile with two rhino births registered in Nairobi and Ruma National parks,” KWS said in a statement issued in Nairobi.

KWS said in Nairobi National Park a black rhino named Mildred gave birth to a bouncing baby as another rhino in Ruma increased the number of the endangered species.

In April, a black rhino, known as Akinyi, gave birth to a fourth calf at the Meru National Park in central Kenya.

Rhino numbers have dropped dramatically in recent years due to poachers killing the animals to satisfy the black market for their horn.

Kenya is now home to some 760 black rhinos and about 620 southern white rhinos, according to reports.