By NewsroomApril 16, 2022Science and technology, Wildlife Crime
No Comments 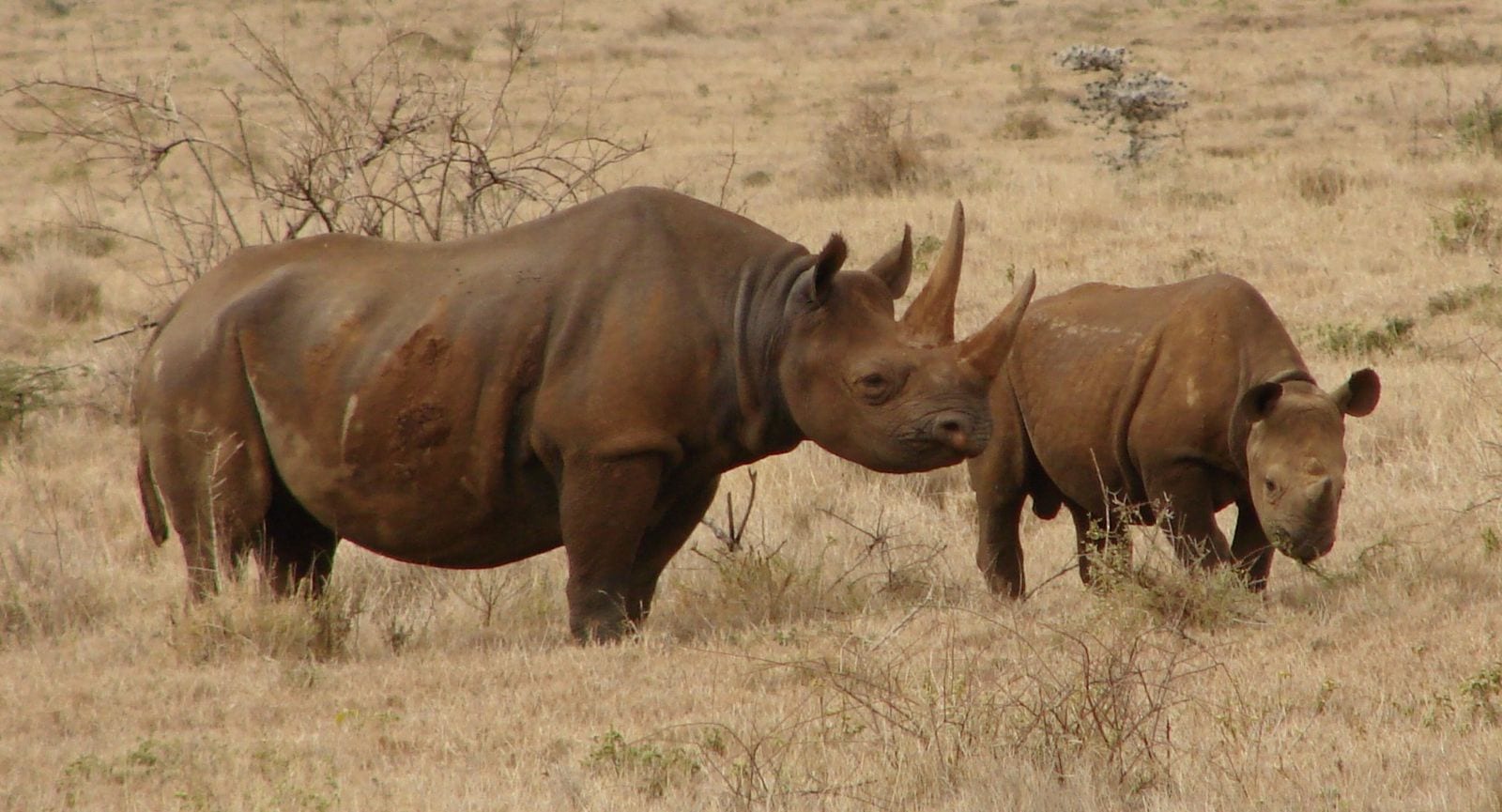 Poaching combined with an individual rhino’s reproductive variance, or how successful mothers are at raising their offspring, leads to a huge risk to the survival of the black rhino.

An international team of researchers recently examined data from the Critically Endangered Kenyan black rhino populations which suggest that individuals really matter when assessing the impact of poaching on the survival chances of a species.

The study, conducted by researchers at The University of Manchester, in collaboration with Kenyan conservationists and scientists, was published this week in the journal, Proceedings of the Royal Society B.

Findings Of The Study

According to the study, poaching combined with an individual rhino’s reproductive variance, or how successful mothers are at raising their offspring, leads to a huge risk to the survival of the black rhino.

According to the study, reproductive variance in black rhino increased extinction risk by as much as 70 per cent when combined with poaching.

Some individuals have more babies than others within black rhino populations. The existing estimates of extinction risk are increased as a result of this variation, especially when there is poaching.

This is because when indiscriminate killing is carried out, some important animals, which contribute a greater number of offspring, can be removed.

In a statement issued by The University of Manchester, Susanne Shultz, one of the authors of the study, said that preventing population declines is a crucial step for stopping biodiversity loss. She added that in this study, the researchers identified how losing key rhinos can make small populations very vulnerable, which can help the scientists design more effective conservative actions.

The new research shows that we may underestimate risk or overestimate viability if we do not recognise that some individuals contribute a lot more to the population, and their loss will have a much bigger impact, the study said.

Nick Harvey Sky, the lead author of the study, said that the research shows that poaching has effects on rhinos beyond the death of targeted individuals. He added that the deaths of healthy females that would have gone on to produce lots of calves can make whole populations more vulnerable to extinction.

The differences in breeding success between individual females is known as reproductive skew.

However, reproductive skew is not often included in predictions of future population growth because it requires detailed individual breeding histories.

Since the Critically Endangered eastern black rhino has been under intensive monitoring to protect the animals from poaching, information on reproductive skew is available, the study said.

According to the study, variation in female breeding success can exacerbate the effects of poaching, especially on small populations. The whole population becomes more vulnerable to extinction, if key individuals, which are the ones that breed very well, are killed.

This indicates how important it is to protect rhinos from poaching.

In order to event out the variation in breeding successes, new rhino reserves can be created, rhinos can be moved between current reserves, and more valuable habitat can be created.

Most importantly, the causes of reproductive skew must be identified.