By NewsroomAugust 10, 2021Anti-poaching
No Comments 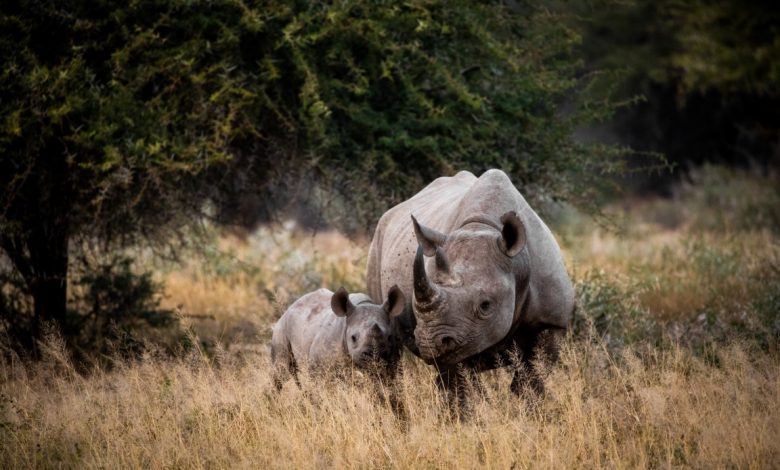 A rhino and its baby. Image: Unsplash

As part of several initiatives, certain entities have embarked on strategic dehorning of selected rhinos in the Greater Kruger Protected Area.

Some of the additional measures they are implementing are the deployment of additional SANDF and SAPS patrols to conduct random stop and search operations within the KNP.

They also have specialised radar, airborne and other detection technologies to track poachers on foot as well as trained tracker dogs and hounds for bush tracking.

KNP is also in continued contact with the National Prosecuting Authority (NPA) on the state of wildlife crime.

Gareth Coleman, said the managing executive of the KNP, said in a statement that the loss of a rhino cow has a compound effect since it also includes the loss of a dependent calf and future calves.

“The compound effect is part of various factors that affect the population growth of rhinos apart from the immediate disruptive effect of poaching.

The cows are extremely important for the overall population performance and need to be protected by introducing stiffer sentences in incidents where they have been poached for their horn and a calf is left destitute. The parties involved in the new initiatives in the Greater Kruger landscape (SANParks, Provincial Parks in Limpopo (LEDET) and Mpumalanga (MTPA) as well as other private reserves within the Greater Kruger area) have approved the initiative, he said.

“The Greater Kruger parties will evaluate the effect of the integrated management response on an ongoing basis, and use the results and outcomes to adapt management approaches to the poaching scourge. “These measures are not new in the fight against poaching but we are intensifying them to render the incursions ineffective and counter the infiltration of our rangers corps by criminal syndicates. “The courts have imposed stiff sentences in recent trials which is welcome as it shows the seriousness of the crimes and the threat posed by the criminal syndicates to the fauna and flora of South Africa.”

SANParks said it appreciates the tourists that have reported suspicious characters which have led to successful arrests and continues to encourage communities and other members of society to assist with information so that we can get on top of this criminality. Since the beginning of July, KNP has had ten successful arrests with seven high calibre firearms confiscated. “The risks for poachers in KNP are increasing,” Coleman said