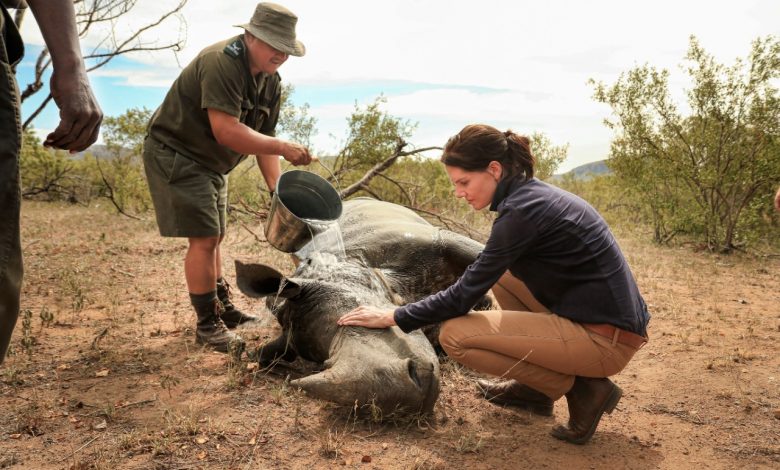 Original Image as provided by Lowvelder

Three Kruger National Park staff members who were arrested for the possession of rhino horns earlier this month are due to appear in the Bushbuckridge Magistrate’s Court for bail application today.

Mpumalanga police spokesperson, Col Donald Mdluli said the staff members (two men and a woman) were driving a white BMW sedan near Calcutta just outside Hazyview when they were caught.

They were found with a “fresh set” of rhino horns and were arrested on October 20.

“They appeared in the Bushbuckridge Magistrate’s Court on October 22 and their case was postponed to Thursday October 29. Their ages are 34, 39 and 37,” said Mdluli.

SANParks announced the arrest last week, saying once the court proceedings have been completed there would be internal employee disciplinary procedures.

The managing executive of the Kruger National Park, Gareth Coleman, said in a statement, “It is always disheartening when colleagues from SANParks are involved in criminal activities.

“It breaks down trust among employees which impacts on our responsibilities to act as an effective conservation authority, serving the people of South Africa.

While they may succeed in the short term, history shows that they will eventually be caught and this will be at the expense of their employment, the well-being of their families and community”.

STROOP film-maker, Susan Scott said it was always unfortunate to hear of staff being implicated in illegal activities.

However, she added that this should not reflect negatively on the park. “It is sad that every time a SANParks employee gets caught, the finger is pointed at the park, but it is the parks we are not hearing much from that we should be looking at.

“Silence usually can mean there is some stuff going on, but SANParks is always very open with the public and the press.”

She added that rangers often went for lie-detector tests as part of being employed at the park and that “lots of effort” went into the security of its animals.

“There is a lot of effort to find the rot within,” she said.

The park said in a statement that between July and September, the anti-poaching teams arrested 16 suspected poachers inside the park and confiscated seven rifles. The teams also observed and followed up on 410 poaching activities, sightings, spoors and camps in the past three months.

“SANParks remains committed to doing everything in its power to stop poaching and help secure the future of fauna and flora for sustainable use and for the benefit of future generations. We also take this opportunity to encourage members of the public and employees to report wildlife criminal activities on 013-735-0197 or 076-801-9679,” concluded Coleman.

The FF Plus released a statement welcoming the arrests of the employees and the charges brought against them. “The arrests send a loud and clear message to officials who are reportedly involved in poaching that they will have to face the full force of the law if they are guilty of this type of crime.

“The FF Plus insists that a heavy penalty must be imposed if the individuals are found guilty as it will serve as a deterrent for others who are involved in or considering poaching.

“Unfortunately, 166 rhinos were still poached in the first half of 2020. Thus, there arrests are vitally important for ensuring the survival of the endangered species,” read the statement.