By NewsroomNovember 30, 2021Anti-poaching, Conservation personalities, Science and technology
No Comments 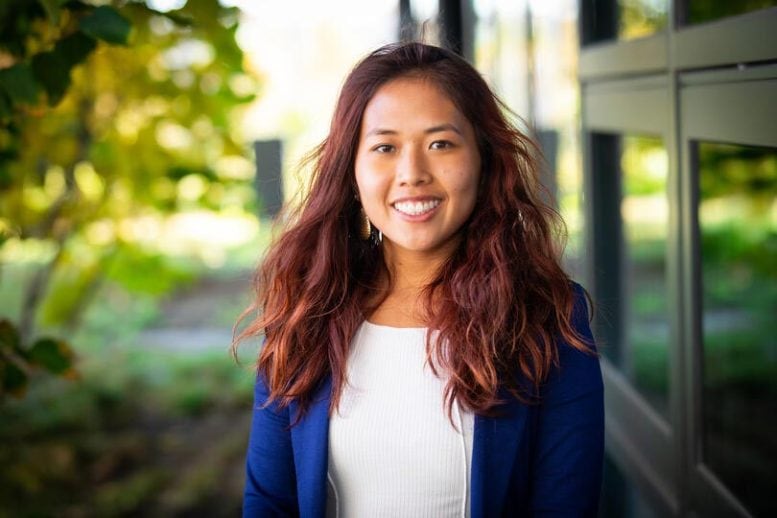 Lily Xu knew from a young age how much the environment and conservation mattered to her.

By 9 years old, she’d already decided to eat vegetarian because, as she put it, “I didn’t want to hurt animals.”

Xu grew up believing her passions would always be separate from her professional interest in computer science. Then she became a graduate student in Milind Tambe’s Teamcore Lab, and everything changed.

Xu is now doing award-winning research into using machine learning and artificial intelligence to help conservation and anti-poaching efforts around the world. Her recent paper, “Learning, Optimization, and Planning Under Uncertainty for Wildlife Conservation,” won the 2021 INFORMS Doing Good with Good OR Student Paper Competition.

“From our earliest conversations, it was crystal clear that Lily was very passionate about sustainability, conservation, and the environment,” said Tambe, the Gordon McKay Professor of Computer Science at the Harvard John A. Paulson School of Engineering and Applied Sciences (SEAS). “This was also the reason our wavelengths matched and I went out of my way to recruit her and ensure she joined my group.”

In the Teamcore Lab, Xu helped develop Protection Assistant for Wildlife Security (PAWS), an artificial intelligence system that interfaces with a database used by park rangers to record observations of illegal poaching and predict which areas are likely to be poaching hotspots. The system makes it easier for rangers to choose the best locations to patrol.

In 2019, Xu and the Teamcore Lab partnered with the Srepok Wildlife Sanctuary in Cambodia to test the efficacy of PAWS. At the time, the sanctuary only had 72 rangers to patrol an area slightly larger than the state of Rhode Island.

“Our work with Cambodia was the most intensive collaboration with a park that we’ve had,” said Xu. “We had several months of meetings, and our interactions with them and the feedback they were giving us about the process really shaped the design of our algorithms.”

Xu played a lead role in implementing field tests of the PAWS program. Through Tambe, Xu and her lab mates, Srepok’s rangers greatly increased the number of poachers’ snares they removed throughout the sanctuary.

“Lily has led and taken PAWS from a small research concept to a globally impactful research effort leading to removal of thousands of lethal animal snares, saving endangered wildlife globally,” said Tambe. “Lily has led a global effort that has made the PAWS software available worldwide to hundreds of national parks. This is true global impact, aiming to save endangered wildlife around the world.”

Xu has always loved nature, but didn’t get to experience much of it while growing up in the Maryland suburbs of Washington, D.C. Once she got to Dartmouth College as an undergraduate in 2014, she finally got to immerse herself in the outdoors.

“I went hiking and camping for the first time as part of my freshman orientation trip, just absolutely fell in love with it, and then spent as much time as I could outdoors,” she said. “That made me even more attuned to how precious the natural environment is, and how much I care about doing my part to preserve it.”

She eventually began to help organize Dartmouth’s first-year trip and took on leadership roles with the school’s sophomore trip and canoe club. Xu didn’t want to just experience nature, she wanted others to care about it too.

That’s continued at Harvard, where she’s mentored four students since the summer of 2020, and been part of several mentorship teams.

“I care a lot about mentorship in all capacities, whether that’s bringing people out of their comfort zone, encouraging them to explore the outdoors and realize that this is a place for them,” Xu said. “The outdoors community is traditionally wealthy and traditionally white. I’m neither of those things, and I really want to encourage other people and show them that this can be their space too. Similarly, from a computer science standpoint, this is a field that is traditionally male-dominated, and especially in AI research, it’s traditionally people in the western world.”

Xu is working to address those disparities as a member of Mechanism Design for Social Good (MD4SG), a multi-school, multi-disciplinary research initiative that organizes working groups and colloquium series to address the needs of underserved and marginalized communities all over the world. Xu joined MD4SG in 2020 as co-organizer for the group’s environmental working group, and this past March became a co-organizer for the entire organization.

“I thought, ‘Oh this sounds like a phenomenal opportunity, because I don’t really know of a strong community of computational researchers who are working in environmental challenges, and I would love to help foster a community,’” Xu said. “Our working group, for example, has really been able to bring in people from all around the world.”

“She’s fantastic to work with in all of these areas,” said Bryan Wilder, PhD ’21, a former Teamcore lab member and member of the MD4SG leadership team. “She has the combination of being incredibly engaged and energetic and really making things happen, while also just being a kind person to work with.”

For Xu, research is about more than just publishing — it’s all about building relationships and fostering community engagement.

“We are researchers that are not just trying to get your data sets, publish a paper and then just walk away,” said Xu. “We are here for the long run. We are committed. We want to achieve conservation results as much as we want to achieve academic publication.”