By NewsroomAugust 9, 2021Communities, Conservation
No Comments 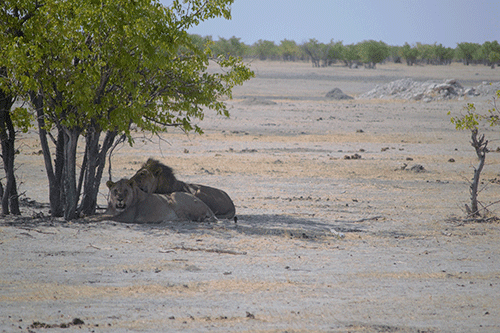 Environment and tourism ministry’s spokesperson, Romeo Muyunda in an interview said Namibia’s lion population continues to increase despite the threats and challenges.  Some of the major threats to lion conservation, Muyunda said, include persecution to livestock farmers in both commercial and communal land; habitat loss and environmental degradation; decreasing prey species
mainly due to drought, and diseases.

Further, he indicated the ministry has started with the development of the national lion strategy to enable them to better manage the country’s lions amid these challenges.

The strategy will also assist the ministry in identifying and implementing measures to reduce human-lion conflict.

However, Muyunda was quick to say incidences, where lions are killed in conflicts with humans over their property and livestock, are isolated.

“Most cases of persecution were reported in the northern regions, where at least four incidences were reported so far this year. In the northeast regions, there is none. Overall, we continue to see a high-level tolerance from our farmers who continue to engage the ministry in cases of lion conflicts,” Muyunda stated.

The ministry appealed to all the farmers and communities not to take the law into their own hands in human-wildlife conflict incidences but to rather report to the ministry.

In accordance with the provisions of the Nature Conservation Ordinance No 4 of 1975, lions are protected game and no person is allowed to hunt any protected species without a permit.

“I must add, however, that the ordinance also has a provision that allows farmers or landowners to destroy a wild animal in defence of human life or to prevent a person from being injured or in the protection of livestock and other domestic animals, including poultry. This should be done when the situation justifies as such. In many cases, people have been arrested when killing with no proper justification as per the provision of the law,” he explained.

During 2017, northern business mogul David ‘Kambwa’ Sheehama sparked outrage when he, accompanied by other farmers, allegedly killed two lions at his farm. The lions were part of a pride that had allegedly been terrorising Omusati farmers that year.

Muyunda said criminal cases might be opened against those contravening the law.

The ministry is the custodian to ensure Namibian lions do not fall as low as to be regarded as “the living dead” – as scientists call it in animal populations.

Muyunda said Namibia has, therefore, developed laws and policies to govern their protection and in accordance with the laws, lions are protected species.

“The country has attached social and economic value in lions as tourism attractions. Lions, given their vulnerability, are no longer available for trophy hunting in Namibia, unless declared as a problem animal. Lion management strategies have been developed, especially for Kunene and Erongo regions,” he maintained.

Others include the general policing and law enforcement of crimes against lions, which has been implemented, as well as constant monitoring of lion population through camera traps; lion surveys; utilisation permitting; spoor counts and collaring of prides.