Lockdown through the eyes of a seasoned KNP ranger 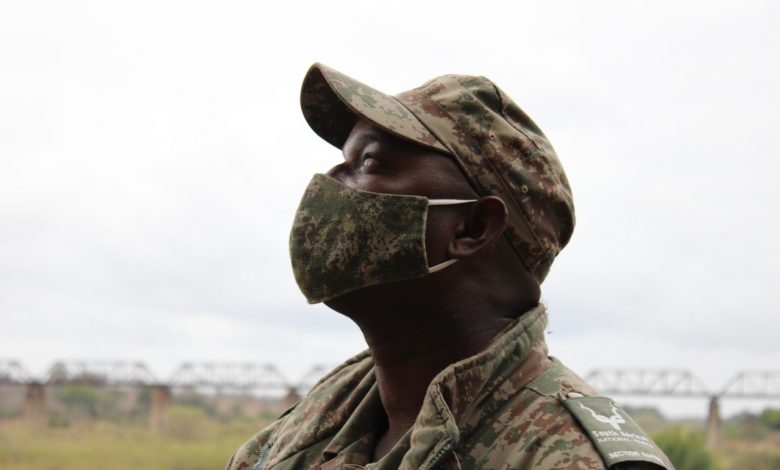 On a recent visit to the Kruger National Park (KNP), Skukuza section ranger, Kally Ubisi shared with Lowvelder his experiences of when the park was nearly void of people.

“When the lockdown began, it felt strange because it was the first time ever for me – I’ve been working in the park for the past 25 years – and then we were told about these changes that were about to happen. I saw the last guests being escorted out and they said they were going to close up the gates and there wouldn’t be any guests.”

He said that was when he realised how hard Covid-19 had hit everything. “I drove around the rest camp and it was like no man’s land; it was quite disturbing. Even when you’re driving around these roads, you go for hours without bumping into anyone. So it was a strange thing for us, but we managed to pull through with the dedication of everyone who were here.

“We wanted to make a difference and we had to keep the wheel turning. And obviously the poaching never stopped, because people thought the rangers were also in lockdown.”

Ubisi said they had some success with arrests toward the end of March and beginning of April, and that was when these people started realising the rangers were still out and about.

Poachers, however, manage to find new ways to infiltrate the KNP, so rangers constantly need to be on the lookout. He mentioned that there was also more to poaching than the mostly rhino-related cases that make the news.

“We have the normal ones that are all over the news, the rhino poaching, and then we have subsistence poaching. This is mainly snares set up on the boundaries, like on the Sabie River.”

The river runs on the boundaries of the Kruger where neighbouring villages also have access to it. Some get water from the river, but others have ulterior motives.

“Some try to cross the river. You can see it’s shallow so you can easily walk across and set up snares on the banks. When the wildlife come down to drink water they get entangled in these snares.

“Some people do it for the pot, but there are others who do it to enrich themselves.”

“We had to take drastic actions, but it is an ongoing battle and is not going to stop overnight.”

Animals like pangolins and even lions are on the receiving end of these poaching attempts. Ubisi said they come across these instances and as rangers, it sometimes feels like they have failed the animals that were lost.

“I feel angered by these illicit activities that happen to our wildlife. People come in and kill them as they please; we should be doing something internationally to protect the wildlife.

“It doesn’t always feel like we are making enough of a difference. It is like you take 10 steps forward and six back. You have to do better time and time again.”

His day-to-day activities entails doing admin, meeting researchers and also assisting where he is needed.

“In the park you are like the social worker, the engineer, the psychologist… The people come with problems and they expect you to do something or help them out. You need to be a people’s person. As a ranger, there are all these hats for you to be able to make it through,” he remarked while laughing.

There is cohesion between him and his fellow rangers, and together they work well in getting to all their daily tasks.

When it comes to dealing with guests, Ubisi said visitors can make their lives easier by simply adhering to the rules. Keeping waste from food and drinks in their vehicles, not getting out of their cars – in other words, not committing petty crimes.

“We are here working, currently doing what we do, but ultimately we want to protect this national park so that our great-grandchildren can take over from us.”

In his 25 years, he has worked his way through the ranks. “I’m carrying a baton and I want to hand it to somebody else when I finish my race.”