Logistics is so much more than just delivering the mundane

RWANDA: Logistics is often far more than simply shipping commodities around the globe and a report on the work done by aircraft charter specialist Chapman Freeborn, and its subsidiary company Intradco Animal Transport, to save the future of the black rhino in Rwanda in the past few years, deserves a mention.

We have reported previously on movements of the rare species but two missions by the company, now part of the Avia Solutions Group, have brought the black rhino back to Rwanda after it effectively disappeared over a decade ago. The Akagera Park in Rwanda was once home to 50 black rhinos in the 1970s. However, wide-spread poaching in the country saw the ultimate extinction of the mammal in the park by 2007. 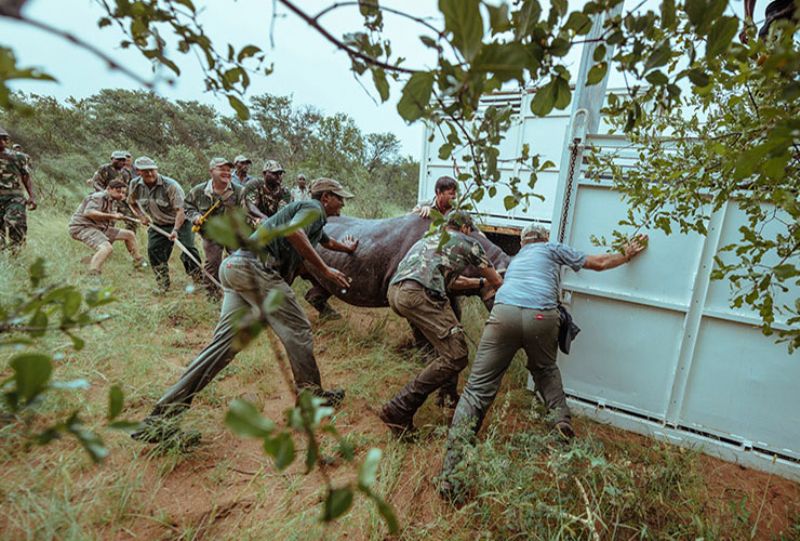 The rhino is considered a great symbol of Africa, but the rhino horn trade has threatened its survival. Now, there are said to be only 5,000 black rhinos in the world, and just 1,000 of those are the critically endangered Eastern black rhino. Security has been enhanced at the Akagera Park since 2010 and, now that this has been tightened after securing funding from the Howard Buffett Foundation, the park has been able to start reintroducing the Eastern black rhino.

This is the second species the park has managed to successfully return to its native haunts. In 2015, it also reintroduced lions which hadn’t been seen at the park for 15 years. Some of the security measures the park has put into place to protect its new animals include helicopter air surveillance, canine anti-poaching units and expert rhino protection and tracking teams.

Chapman Freeborn’s original involvement was in 2017 and involved transporting 19 black rhinos from Johannesburg to Kigali, Rwanda. Two Etihad Boeing 777 freighters were chartered to transport the rhinos. After arriving at their destination, they were loaded into trucks and a police escort was provided to ensure they reached the park safely.

Travelling as two groups of 10 and 9 respectively the animals had two attendants and three vets accompanying them throughout the journey and to control their temperature on the flight. The mission to transport the rhinos to the park took two weeks and was an incredibly complex process. The team at Intradco took a year to plan the move alongside Etihad Cargo. They ensured all of the permits were in place and they also accompanied the rhinos on the flights to their final destination.

The success of this first transport led to it being awarded the ‘Best Charter Logistics Project’ at that year’s Freighters World Conference Awards and led to a follow up shipment last year which saw five black rhinos travelling a full 3,700 miles from a zoo in the Czech Republic to the Akagera Park, meaning it now houses 24 rhinos and harbouring the hope that the species will once again be able to thrive in Rwanda.

Without the help of freight services, and projects such as these, it wouldn’t be possible to reintroduce these beautiful animals back where they belong and try and ensure the continuation of an entire species. It highlights just how far animal transportation services have come and a changing attitude to preserving the world we all live in.