By NewsroomJune 17, 2022Communities
No Comments

When 700 members of Tanzania’s anti-riot Field Force Unit (FFU) arrived in the Loliondo division of Ngorongoro on June 6, no one told local Maasai pastoralists about the purpose of their visit. However, a tense atmosphere followed. A few days prior, the minister of natural resources and tourism announced in parliament that 1,500 square kilometers (579 square miles) of village land in the country’s northern division is set to be “upgraded.” The region in question is part of long-anticipated and contested plans to create a wildlife corridor for trophy hunting and safari tourism – which would trigger the eviction of about 70,000 Maasai from ancestral lands.

For two days, Maasai villagers waited for an explanation but received none. Then, on June 8, during a public meeting between pastoralists at Ololosokwan village, FFU police officers informed villagers that they were to begin demarcating the land for a game reserve. No further information was given, and the police began erecting beacons.

The meeting turned into a protest. 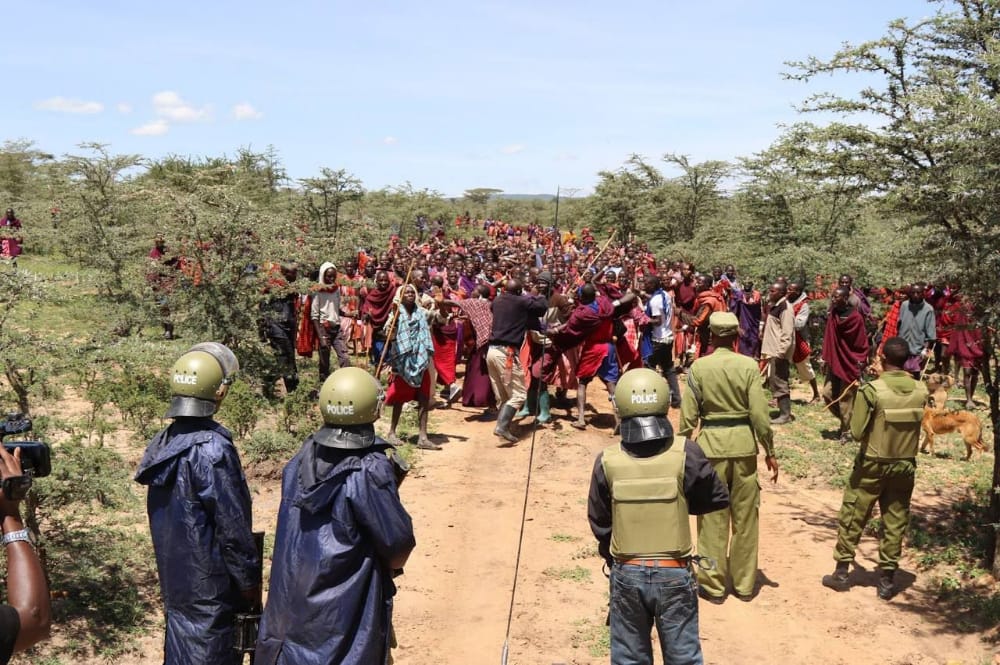 Maasai pastoralists at a 2017 protest against evictions in Loliondo, Tanzania. In September 2018, the East African Court of Justice prohibited these communities’ eviction from this area. Image courtesy of Forest Peoples Programme.

“It was a peaceful demonstration, just to try to push for police attention,” said a Maasai leader who spoke to Mongabay on the condition of anonymity.

In response, the police released tear gas and eventually opened fire on the protesters. Fifteen people were shot and 13 others beaten with weapons during the confrontation, according to the Maasai sources and the Forest Peoples Programme.

Shootings and protests continued in the following days as community members uprooted all the beacons that were installed and staged a sit-in. The confrontation between the police and villagers is still ongoing.

According to sources, as of June 14, officers shot and injured 31 villagers, with 11 in serious condition and one Maasai man dying of his injuries. Victims include children. A protestor reportedly shot and killed one police officer with an arrow.

So far, about 19 people have been arrested, including a lawyer, a man who filmed the shootings and people attending a wedding. Among the people detained are nine councilors and the ruling CCM Party district chairman, Ndirango Senge. The location of the councilors and chairman is undisclosed. 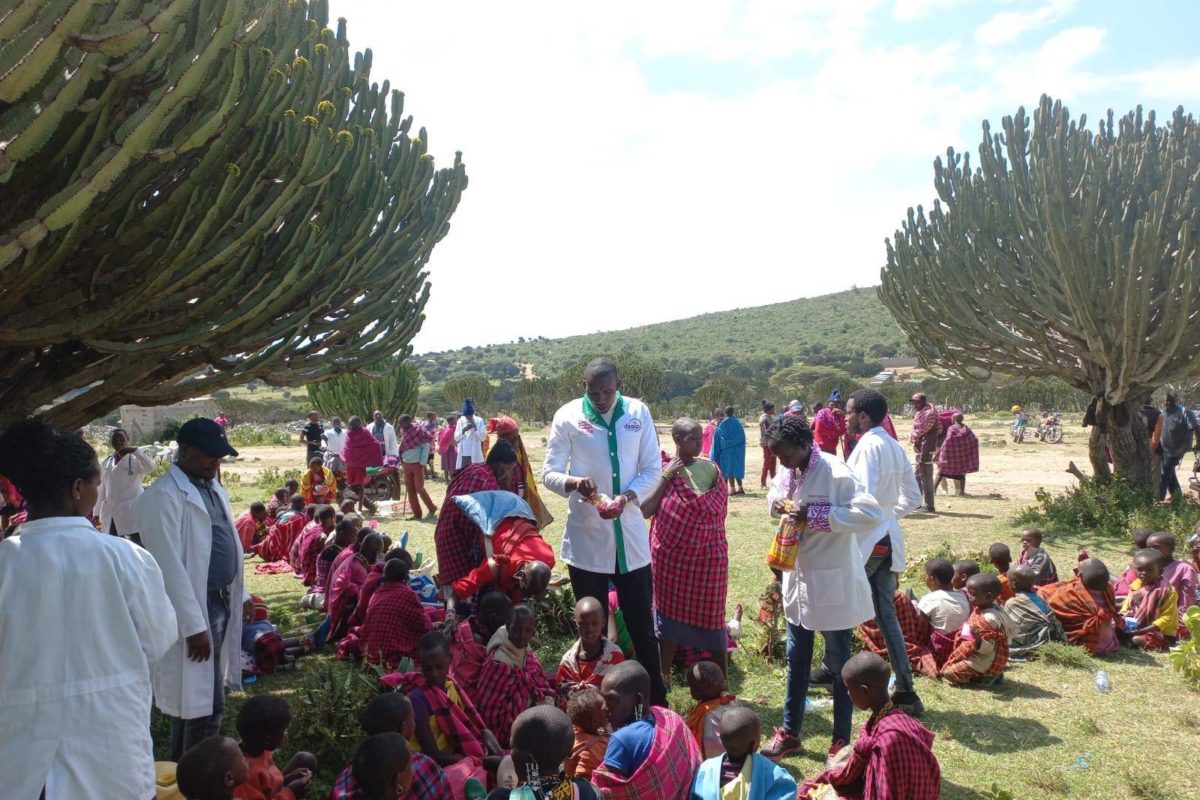 At least 700 Maasai have fled the region and crossed the southern Kenyan border to receive humanitarian aid or seek medical treatment. On June 12, Kenyan doctors set up a temporary medical camp at Olpusimoru Center, south of the country. Two Kenyan doctors told Mongabay that there is an urgent need for medical aid and food supplies as the number of people seeking aid climb daily.

It is unclear how much land in Loliondo has been demarcated so far.

Mongabay reached out to the ministry of natural resources and tourism for a comment but did not receive a response at the time of publication.

However, in a public state address on June 12, Gerson Msigwa, chief government spokesperson, said the government will be taking legal action against people trying to stop the demarcation process and incite hostility between the Maasai and security forces.

According to Msigwa, security forces were only sent to Loliondo to begin the demarcation process – not evict Maasai living in the area. 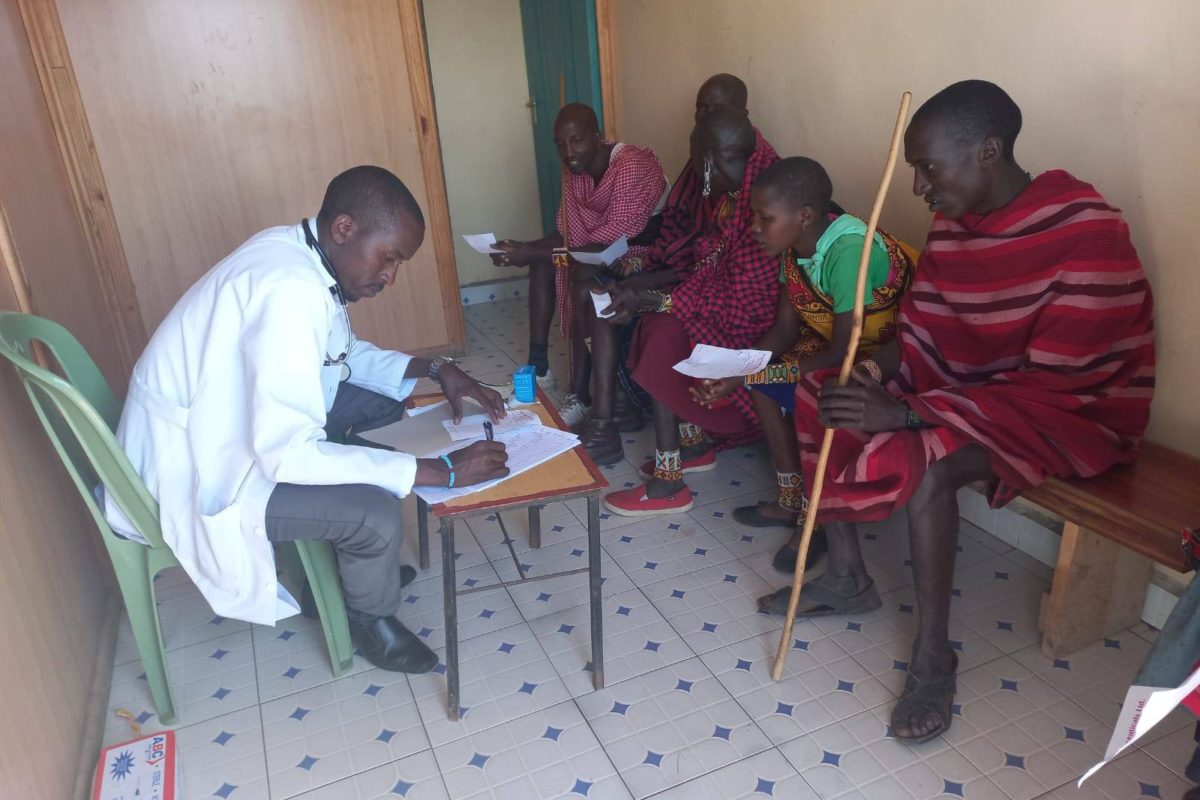 A Maasai leader told Mongabay that while it is true that they were not told to vacate the land, the attacks meted out by the police say otherwise.

He fears that when the time comes for the Maasai to eventually vacate the region, the attacks will be worse as villagers have no intention of leaving their ancestral, legally registered land.

Trophy hunting and a safari

In January, John Mongella, the regional commissioner for the Arusha Region, which administers Loliondo, informed Maasai leaders of the government’s decision to lease a parcel of 1,500 km2 legally registered land to the United Arab Emirates (UAE)-based Otterlo Business Company (OBC).

The Loliondo Game Controlled area spans a total of 4,000 square kilometers (1,544 square miles). The Tanzanian government intends to move forward with plans to demarcate part of this land for trophy hunting and a safari conservation area despite recurrent Maasai protests since rumors began to circulate in 2017.

The OBC has been involved in a few other cases of evictions and faces accusations of killing threatened species, such as lions and leopards, during trophy hunts. OBC did not respond to several requests for comment through social media, and the telephone number listed for its office in Tanzania is no longer in service. 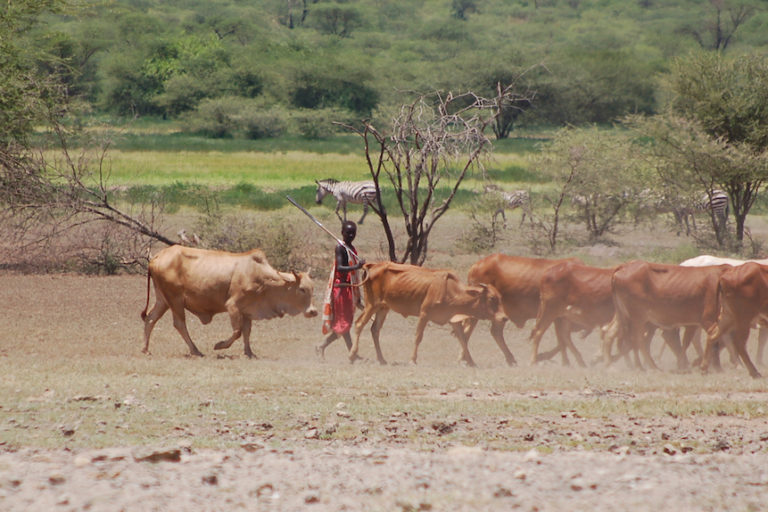 Approximately 15 villages within the proposed area will be impacted by the decision and 70,000 people are facing eviction. The strip of land that is legally registered in the Loliondo division of the Ngorongoro district is vital for Maasai pastoralists, who have been sustainably stewarded the area for generations, according to the Oakland Institute.

“As tourism and trophy hunting are promoted as ways for national economies to grow, these safari and game park schemes are wreaking havoc on the lives and livelihoods of the Maasai,” said Anuradha Mittal, executive director of the Oakland Institute.

A Maasai leader who spoke to Mongabay said that Mongella continuously stressed that leasing the land is of “national interest” and should therefore also be of priority to the Maasai people. Tanzania’s economic development depends heavily on tourism which contributes to 17.2% to the country’s gross domestic product and 25% of all foreign exchange revenues. 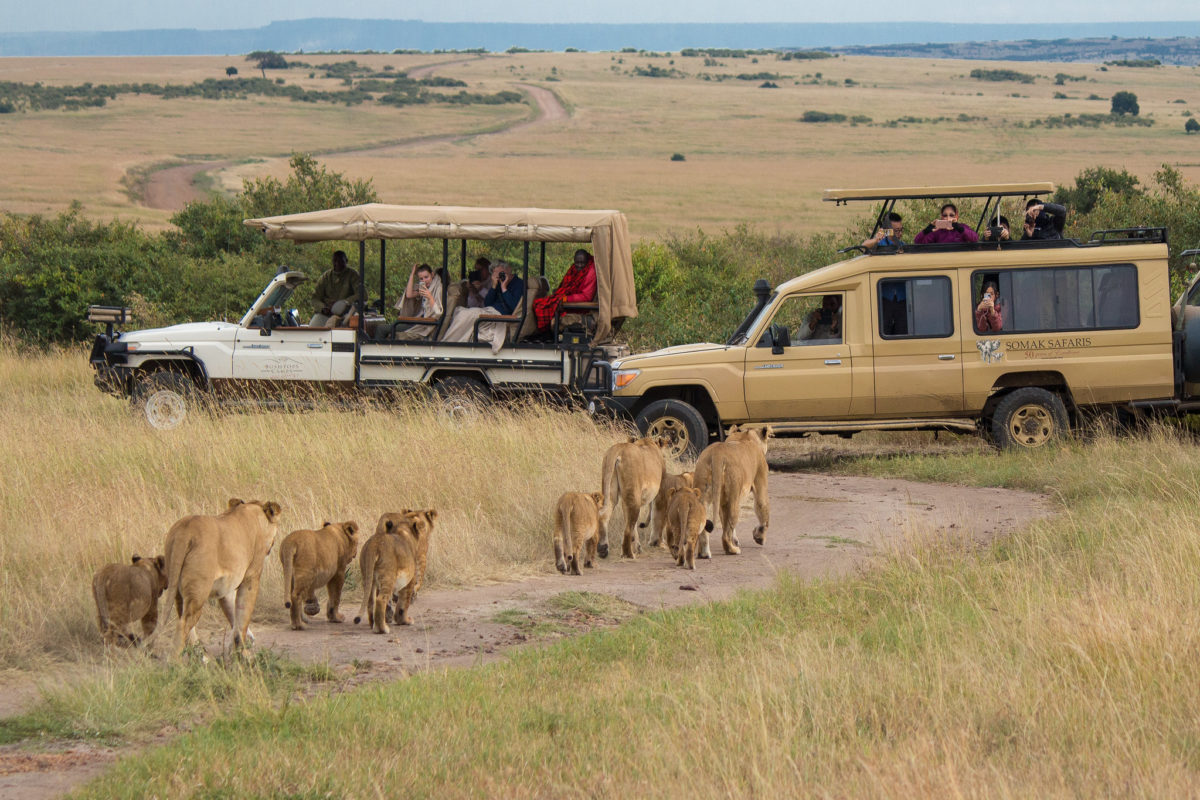 Maasai Mara National Reserve (also known as Maasai Mara, Masai Mara and by the locals as The Mara) is a large game reserve in Narok County, Kenya, contiguous with the Serengeti National Park in Mara Region, Tanzania. Image courtesy of Ray in Manila via Flickr (CC BY 2.0).

Government officials are keen on following through with the plan, despite the prime minister’s promise in early June to keep dialogue open regarding the land dispute. During the same time frame, the minister of natural resources and tourism told parliament about the demarcation plan and Mongella met with the district security committee to discuss the demarcation process.

“Out of love to the citizens, [the government] decided to retain 1,500 km2 for conservation and 2,500 km2 [965 square miles of Loliondo] will be given to the villages,” said Mongella in a public statement issued after his meeting last week.

“The land injustices and massacre are due to the interests the Tanzania government has in fetching tourists’ dollars – not otherwise,” said a Maasai leader. “We, the people of Loliondo and Ngorongoro, already conserved the region for centuries.”

According to Mittal, while the minister of natural resources and tourism did not yet mention eviction when speaking to parliament about the plan, she made it clear that no socio-economic activities will be allowed to take place on the 1,500 km2 game reserve. 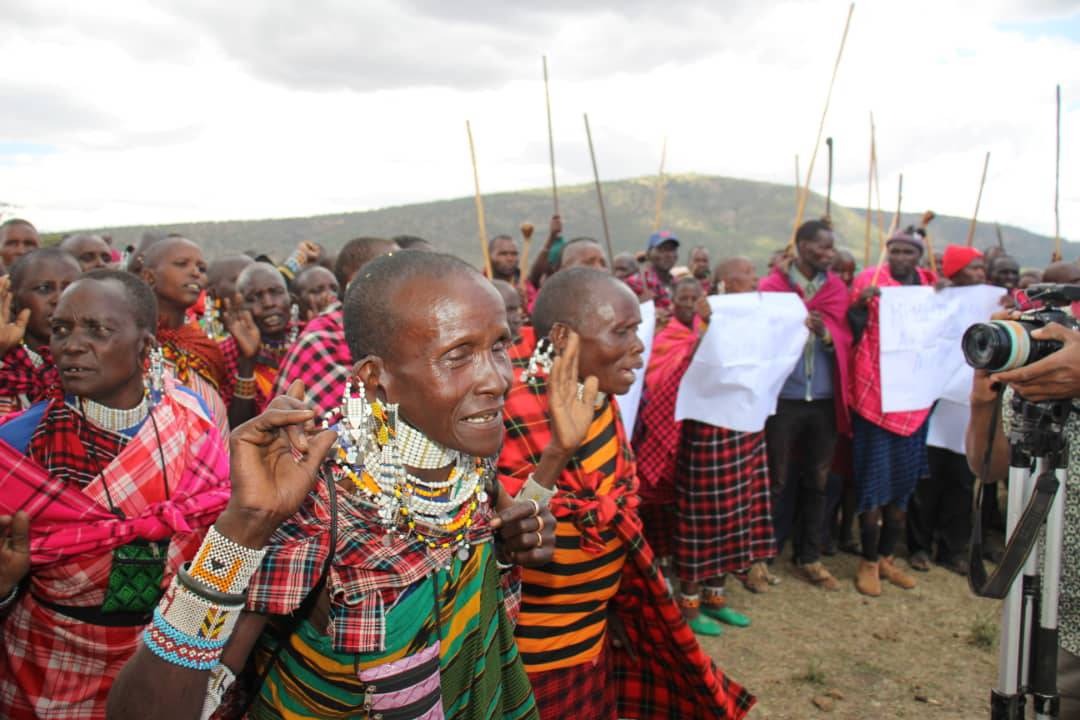 The attempt by the government of Tanzania to seize the land is a violation of a 2018 East African Court of Justice (EACJ) injunction, say several human rights organizations. The court injunction prohibits the government from intimidating, harassing and evicting villagers, seizing their livestock and destroying their property in Ololosokwan, Oloirien, Kirtalo, and Arash villages. In the 2018 court case, village councils say the government is acting in contravention of their land rights, human rights and the Constitution of Tanzania.

A court’s final ruling is expected on June 22.

Apart from Loliondo, the Tanzanian government plans to ban housing and livestock grazing in the nearby regions of Lake Natron, Lokisale, Longido, Mto wa mbu and Kilombero.

* The identity of local Maasai sources contacted by Mongabay are kept anonymous for safety purposes.