By NewsroomMay 22, 2021Law & legislation
No Comments 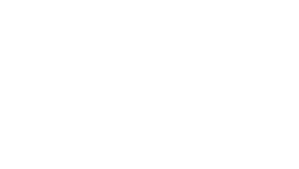 The Nambian Police insignia. Image: As originally published by The Namibian.

Paulus Pendapala (48), who has been arrested in connection with the possession of a rhino horn with a pastor and a police officer, has died.

His death on Saturday came two weeks after he was denied bail in the Ondangwa Magistrate’s Court on the basis that he was facing charges of dealing in wildlife products.

According to acting Oshikoto regional commander commissioner Petrus Shigwedha, Paulus complained that he was not feeling well at about 11h00 on Saturday.

He was rushed to the Omuthiya State Hospital and was later transferred to the Onandjokwe Luthern Hospital, where he died at around 15h00.

“The cause of death is not known, since we have not received the postmortem report yet,” Shigwedha says.

People close to Paulus claim he died in police custody and was only taken to the hospital afterwards.

However, Shigwedha denies this, saying Paulus died in hospital.

Paulus, Alfons Tjikuru of the Enlightened Christian Gathering at Otjiwarongo, and officer Michael Muronga were arrested on 13 March this year.

Tjikuru and Muronga were granted bail in the amount of N$5 000 each.

According to court records seen by The Namibian at the time of trial, Paulus, who was also facing charges of contravening the Controlled Wildlife Products and Trade Act, impersonated a police officer during his arrest.

Paulus asked to be granted bail of N$2 000 as he said his business has come to a standstill due to losing livestock.

Queta, Paulus, Iipinge and Nangolo are now facing charges of dealing in or possessing controlled wildlife products, the possession of suspected stolen property, money laundering, being accessories to the crime of housebreaking with the intent to steal, and theft.

The state is alleging the housebreaking took place at Outjo in August 2019, where the men stole 33 rhino horns.

The horns, valued at nearly N$5 million, belonged to an Outjo area lodge owner who had rhinos at his private game reserve dehorned in an effort to protect them against poaching.