By NewsroomAugust 19, 2019Law & legislation
No Comments 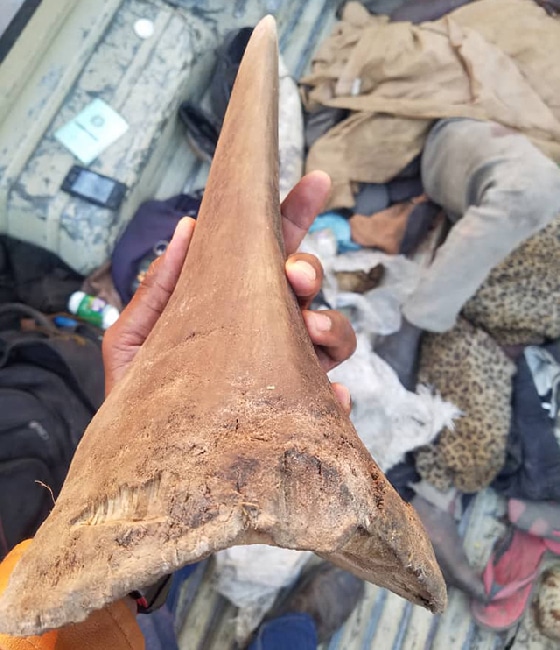 Original photo from The Namibian: The police in the Zambezi region confiscated one elephant tusk and one rhino horn and arrested a Zambian suspect. Photo: Contributed

A 31-year-old Zambian man was arrested yesterday arrested at Mukuyu village after he was found in possession of one elephant tusk and a rhino horn.

Zambezi regional crime investigations coordinator, deputy commissioner Evans Simasiku confirmed the arrest to The Namibian this morning, saying the suspect was nabbed around 18h00 yesterday after the police received a tip off on the matter.

He is faces a charge of possession of controlled wild life products without a permit.

The suspect is in police custody and is expected to appear in the Katima Mulilo Magistrate’s Court tomorrow.