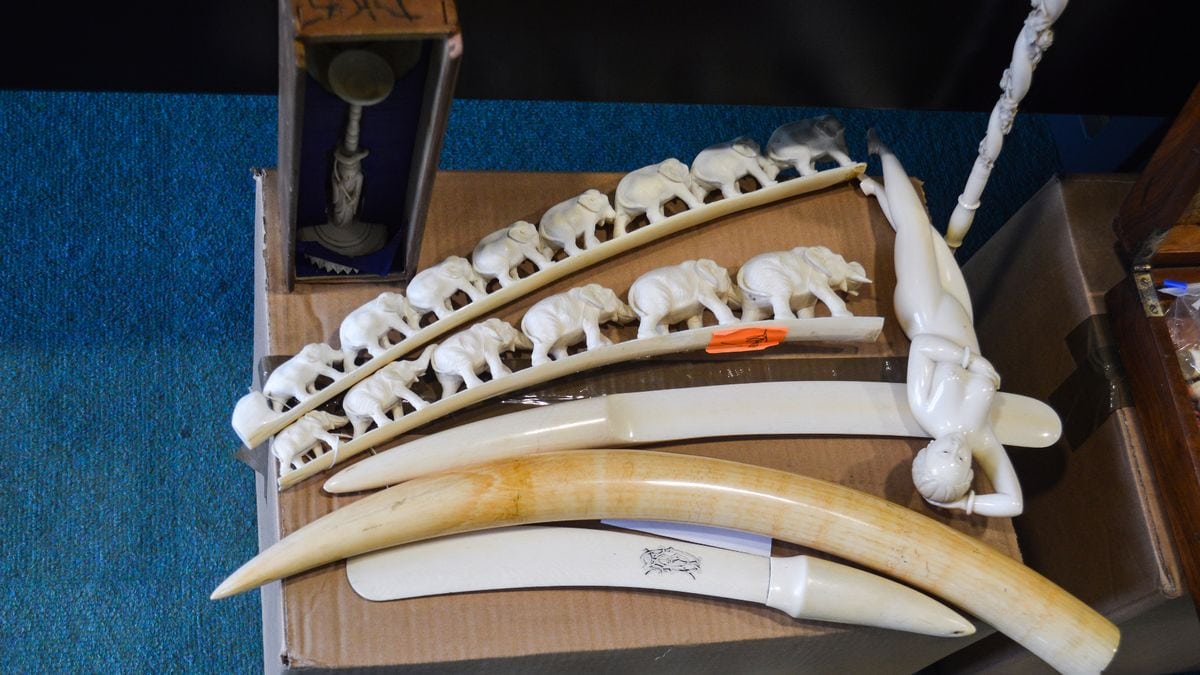 Ngie Law was found to have made in the region of £65,000 on eBay over five years. Image: As originally published by the Mirror

A civil engineer was busted trading in the illegal ivory industry and had made over £65,000 from the tusks of slaughtered animals.

Ngie Law, who is originally from Malaysia but living in Derby, had sent packages destined for China that were intercepted by Border Force.

The 44-year-old was found to have made in the region of £65,000 on eBay over five years, selling elephant tusks, as well as one item from a hippopotamus and others involving walruses, Derbyshire Live reported.

Carbon dating of some of the items found at his flat showed the animals had been killed by poachers between the 1970s and 1990s but the defendant was not found to have had any involvement with the actual poaching.

Derbyshire police’s lead wildlife crime officer believes what his officers seized may be the largest haul nationally by any force.

Handing Law a two-year jail sentence, suspended for two years, Judge Shaun Smith QC said: “This was a hobby that turned into a crime.

“You were dealing in items that had clearly been in circulation for a number of years before you bought and sold them.”

Hal Ewing, prosecuting, said a number of items seized were ornamentals including billiard balls, figurines and a cigarette holder.

But also discovered was evidence he had been buying and selling unworked ivory elephant tusks.

Mr Ewing said Law, in interview, initially said he was trading in bone.

But he later pleaded guilty to 18 separate counts involving the illegal trade.

He has no previous convictions of any kind.

Thomas Schofield, mitigating, said: “He has no previous convictions of any kind. There is no suggestion he was linked to the killing of elephants.”

As part of the suspended sentence order, Judge Smith handed Law a six-month curfew confining him to his flat/room each evening between 8pm and 6am.

He said: “It’s surprising to think that crimes involving endangered species have taken place in Derby, and we think the items discovered may be one of the biggest seizures of illegal ivory by police nationally.

“I hope this result will show that no matter how rare a crime is we are committed to fighting all types of rural and wildlife crime in Derbyshire.”