Meerkat proving its worth in Kruger

By NewsroomOctober 1, 2021Anti-poaching, Science and technology
No Comments 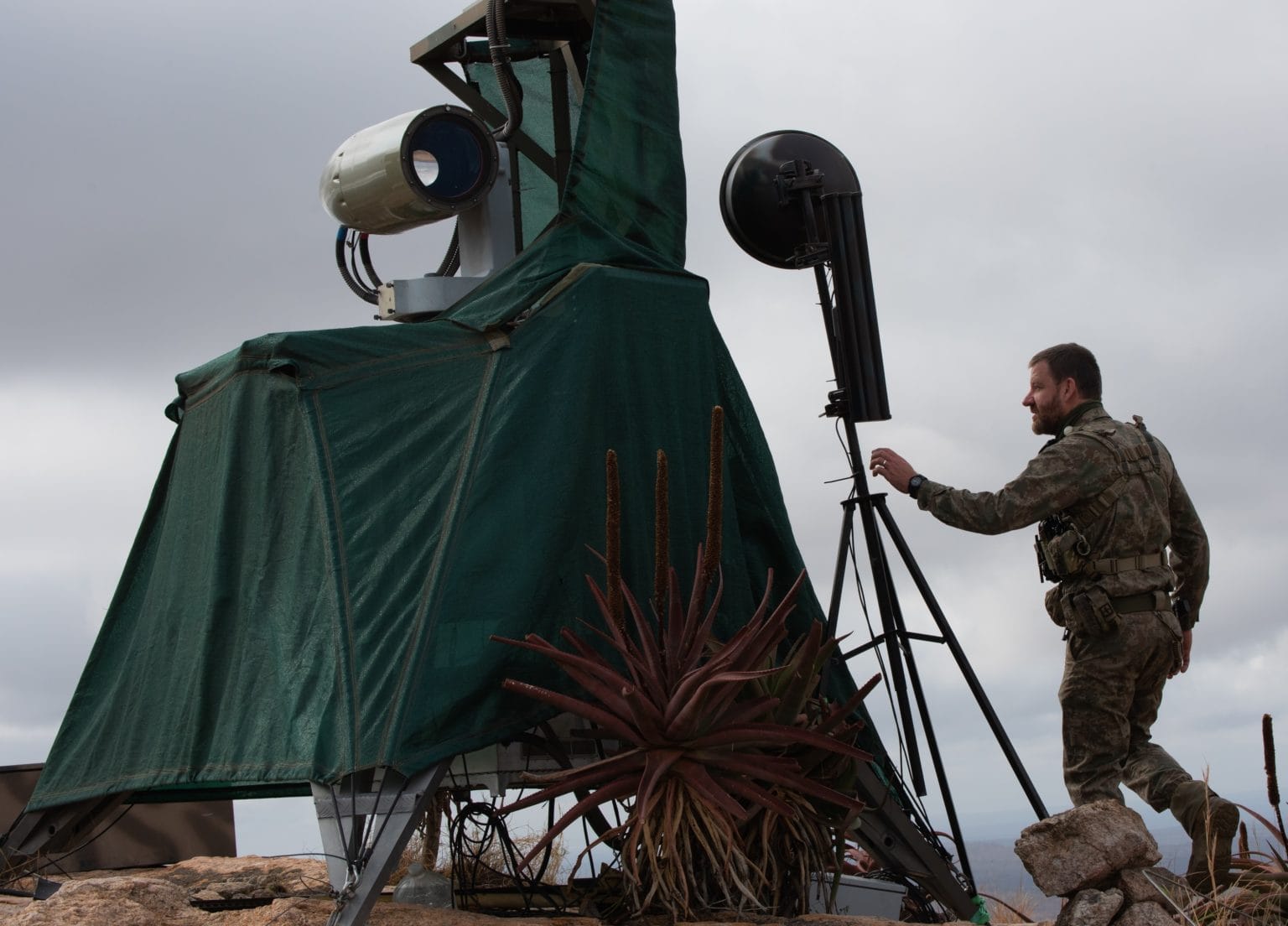 More proof technology contributes positively to preventing rhino poaching comes from the Kruger National Park where a combination of radar and electro-optical has – and is – a force multiplier for anti- and counter-poaching teams.

Postcode Meerkat is the outcome of a three-way South African partnership, with funding coming from the postcode lotteries in the Netherlands (Dutch Postcode), Sweden (Swedish Postcode) and the United Kingdom (UK People’s Postcode). South African involvement is via the national conservation agency SANParks, the Peace Parks Foundation (PPF) and the CSIR (Council for Scientific and Industrial Research).

The wide area surveillance system has been operational in Kruger for just on five years, keeping an eagle eye on vast swathes of the massive game reserve.

A PPF statement has it the Postcode Meerkat has, in some instances, virtually eliminated rhino poaching in high-risk areas where the portable system is deployed.

Mark McGill, Kruger technology operations manager, is quoted by PPF as saying in one area of Kruger two to three rhino were once lost daily. This is now down to one in the past 12 months.

Rhino poaching peaked in 2014 when 1 215 rhino were killed by poachers, most in Kruger. Since then, the dedication of passionate conservationists, intensified protection efforts, increased donor funding and the development of technology such as Postcode Meerkat, has seen the number of rhino poached dropping year-on-year, with 394 killed in South Africa in 2020.