In April last year, we brought you the story of the poacher whose attempts to hunt rhino ended in him being trampled by an elephant and then eaten by lions.

Not all poachers end up that way (some would say, unfortunately), apparent when just a week later police busted rhino horn smugglers North West province with 167 rhino horns.

The Kruger Park has put a number of measures in place to try and protect the animals in their care, including their impressive K9 Unit. 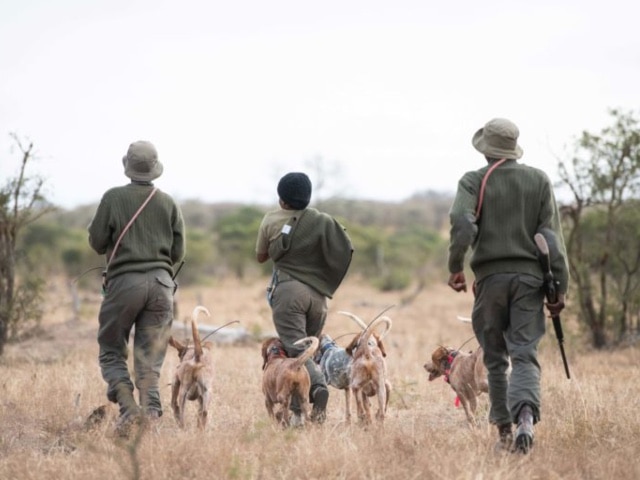 The Endangered Wildlife Trust’s (EWT) and the African Consultancy for Transportation Security (ACTS), a cargo screening company that uses sniffer dogs to detect explosives in transit, joined their expertise to use four sniffer dogs in the war against rhino poachers in South Africa.

These sniffer dogs would track down and identify contraband, like rhino horn, as poachers tried to smuggle it out of the country.

National Geographic reports that dogs were then also deployed to track poachers in the park:

The anti-poaching teams [first] used individual dogs (bloodhounds and Malinois) on leads to track humans. But often the man-dog pairs were unable to keep up with fleeing poachers. Gun fights between rangers and poachers were common, rhinos were dying, and arrests were few.

The dogs now work in packs, chasing down poachers and saving rhino.